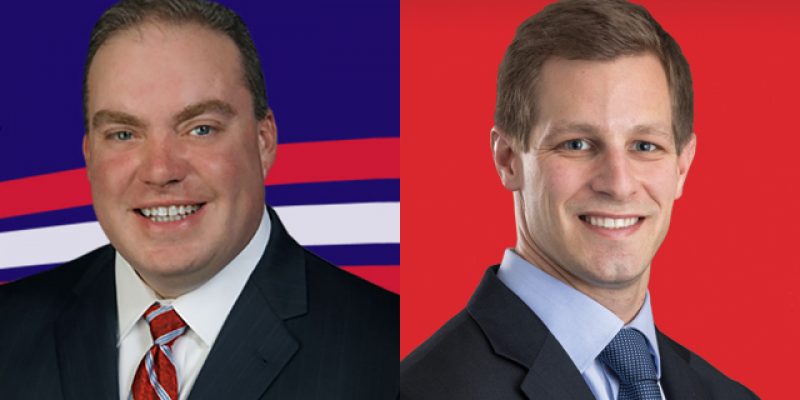 Of the three special elections to fill vacated seats in the Louisiana legislature, the one for District 42, which was held by Democrat Jack Montoucet until he resigned to take a job as the state’s Wildlife and Fisheries secretary, might be the most under-the-radar. The District 42 race certainly doesn’t have the spectacle of a candidate in blackface, and it isn’t a Democrat-vs-Republican free-for-all.

That said, the battle between Jay Suire and John Stefanski, a pair of registered Republicans who make their livings as lawyers, could tell us exactly where Louisiana politics is – which is something we don’t actually know right now.

First, the ads. Then, some analysis of why this race is important.

Interestingly, the consultant who did the ad for Suire is Jared Arsement, the Lafayette-based admaker who is most famous for putting together that John Bel Edwards spot attacking David Vitter for missing a vote to honor veterans because he supposedly was on the phone with a prostitute. Arsement, who did work for a PAC supporting Foster Campbell last year, has become the Democrats’ go-to guy for making TV ads in Louisiana.

So what’s he doing working for Suire? Well, while Suire is registered as a Republican he appears to be Edwards’ candidate in the race. His campaign finance report is covered with donations from John Bel Edwards supporters, not to mention a check from Montoucet’s campaign account, and particularly trial lawyers as you’d imagine – Suire works for Glenn Armentor, who is one of the most prominent trial attorneys in Lafayette and a JBE insider.

This was Armentor’s law firm on Facebook back in 2015…

Armentor is now on the LSU Board of Supervisors; Edwards appointed him last year.

And here is Stefanski’s ad…

There isn’t much difference in the tone of the two spots, other than Stefanski brings up fighting the folks in Baton Rouge who are taxing the people to death. That’s because Stefanski is the candidate who has gotten the endorsements of all the business trade groups and his campaign finance report doesn’t show him with much cross-affiliation from the John Bel crowd – he’s collected a sizable chunk of cash from the construction industry and particularly conservative heavyweight donors Eddie Rispone and Lane Grigsby, plus he has some real estate developer money in that report as well. Stefanski’s consultant is Lionel Rainey, who is fresh off working for John Kennedy’s successful Senate campaign and having done PAC work for Bodi White’s near-miss Baton Rouge mayor-president run last year.

Now, to why it matters. We’re told from Republican legislators who were present for budget meetings with Edwards during the special session that the governor believes a majority of the public in Louisiana has an appetite for “more revenue” – namely, tax increases. That’s why Edwards rejected calls from House Republicans to make budget cuts in the special session and instead insisted on relying on the state’s rainy-day fund to close a $304 million budget gap. The special election in District 42, as well as the other two upcoming races, will occur before the regular session convenes on April 10.

Therefore, we’ll have a highly contemporary result from the public having spoken in the special elections, and Edwards – and the rest of us – will know whether he’s right that Louisiana will accept more taxes.

Suire hasn’t made any particularly definitive statements on taxes. Here’s what his campaign website says under “Issues:”

I’m pro-life, pro-2nd Amendment, and pro-family. I support our farmers, law enforcement, and first responders; and I speak up for the little guy, for conservative principles of fiscal responsibility, and for smaller, smarter government. These issues, among others, are important to me.

Smaller government sounds conservative, but the word “tax” isn’t anywhere in there. If one was cynical, one would note that every “conservative” Democrat down through the ages to Edwards himself has droned on and on about being pro-life and pro-gun, and that’s what Suire does in his issues statement. Stefanski’s says something a little different…

TAXES
Louisiana now has the highest sales tax bill in America. The people of this state are taxed to death. I am not in favor of raising taxes on the hard working citizens of this state. You cannot tax your way into prosperity.

The thing to remember about District 42 is that Montoucet had the worst LABI score of anyone in the House last year, and his lifetime record was nothing short of terrible from the standpoint of economic conservatism. He was a very left-wing Democrat on taxes and spending. And yet District 42 gave 71 percent of its vote to Donald Trump last fall, with some two-thirds of the district also voting for John Kennedy in the Senate race. Republicans had believed for years they could take out Montoucet, but never managed to come close.

Given all of that, this might be the race which serves as a bellwether for JohnBelonomics with the people of the state. If Suire beats Stefanski, you can believe Edwards will be emboldened to propose tax increases as a panacea for the state’s structural budget deficiences.