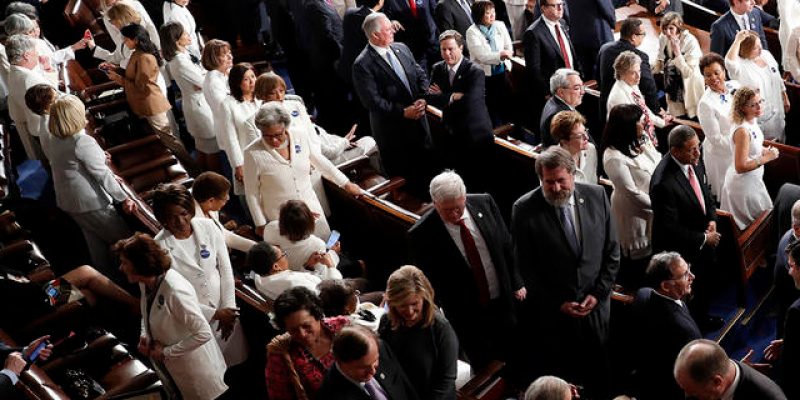 If you were watching the president’s address to the joint session of Congress last night, you might have noticed a number of women who wore white and sat together. Those were House Democrats, who thought they’d do so as a protest of the president, and selected white because that’s what the suffragettes wore 100 years ago. As though these women, most of whom have become rich thanks to the political connections of their offices and whose hold on their respective House seats is virtually unbreakable due to the power of incumbency and their political machines, have anything in common with the women’s suffrage movement.

Except they forgot something else that was going on around that same time period which defines the Democrat Party’s history. Which is fine, because Twitter was quick to remind them…

Something weird about the Dems tonight. I can't put my finger on it, though. #JointSession pic.twitter.com/3N8eZZlrYy

Lady #Democrats wore all white to the #JointAddress tonight. Are they returning to their party's wicked ways? Just saying pic.twitter.com/wWizlRnuZU

Trump himself actually did the best job of answering the goofballs in white toward the end of his speech. And he did it in a subtle way…