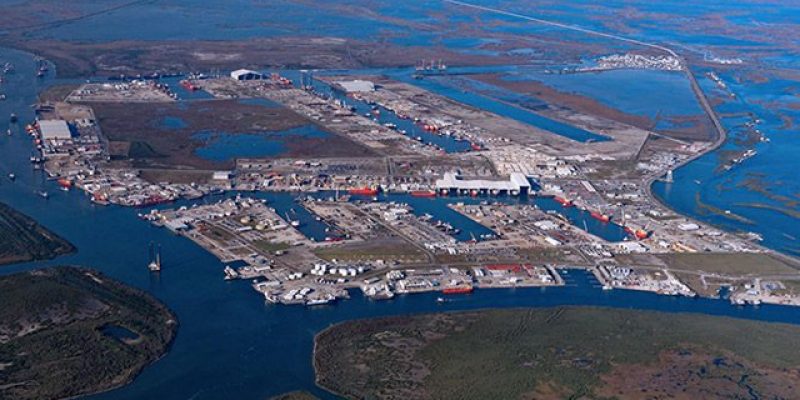 If you talk to anybody about Louisiana, nine times out of ten, the first thing that comes to mind is our food — and it is for good reason. We take great care in preparing local dishes and protecting our secret ingredients or special processes, especially when it comes to gumbo. Whether it is a homemade roux, a certain smoked sausage, or fresh duck out of the rice field, every recipe is meant to stand out.

Louisiana, like many other states in the nation, is known to produce energy. The secret ingredient that makes Louisiana stand out from the rest of the country is not only our access to the Gulf, but the infrastructure available to export U.S. goods to the world through our ports.

Our ports and ship channels are the roux to our oil and gas industry gumbo. These avenues of exportation are an economic driver for our state providing 525,000 jobs, nearly $2 billion in local taxes, and another $2.4 billion in state taxes.

The LNG community relies heavily upon these shipping channels as they grow and expand. Recently, Cheniere exported it 100th LNG Cargo, Venture Global announced an $8.5 billion LNG complex, G2 LNG is planning for an $11 billion natural gas facility, and Magnolia LNG has announced a planned $3.45 billion facility, to name a few. There is a reason that LNG and PetroChemical companies have chosen Louisiana, and that is because our waterways give these companies unprecedented access to foreign consumers.

With the amount of tax revenue it brings and the total number of jobs created by our ports, it would seem that this infrastructure would remain a top priority. Unfortunately, scrolling through Louisiana’s budget doesn’t seem to show that sentiment.

As it stands, the state has no dedicated funding source to keep our ports and channels at proper depth and to keep them maintained. The only funding that could come for these projects is through the capitol outlay process, and that tends to be very political. Year after year of recommendations, we often see these funds have yet to materialize. The current Port Priority Program does not allow for funding of these channel projects.

There is a current backlog in deepening projects of which the state is responsible for no more than 25 percent of the total cost, which is around $100 -130 million over twenty years. The rest of the funding, albeit that the proper permits are in place, is provided by the state from the federal government. The Calcasieu Ship Channel alone is in need of $79 million from the state over the next twenty years to meet its federal obligation.

If there is currently a backlog, how are these channels still navigable for cargo ships? Local communities and parishes have had to dig up and sometimes borrow funds in order to keep the channels functional, but this is not a viable long-term solution. The local parties may be able to come up with cash to dredge to proper depth once or twice but what happens when there is nothing left?

Unfortunately, there is a dreaded smell – the smell of a burning roux. As we see expansion of LNG facilities, we also see the shallowing our waterways. These deep draft channels are vital to the existence of our state, but without the proper funding, these channels will not be navigable.

Our state leaders must realize that an investment in our ports means an overall investment in Louisiana. It is time that the state join the locals’ hands on that spoon to stir the roux, keeping our channels deep and open for business. Maybe it’s to revisit Louisiana’s offshore limits in the Gulf and increase our revenue sharing so that Louisiana infrastructure would see the proper attention it deserves.