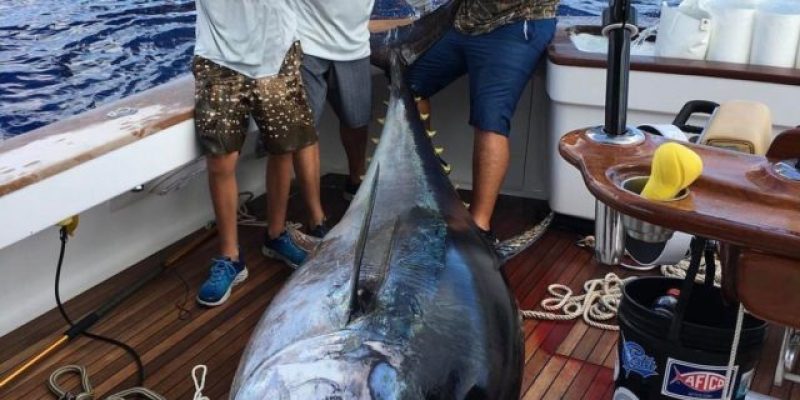 The young fisherman, Kaleb Richardson, is only 14 years old too.

Dat’s because Keith Richardson, or more precisely his 14-year-old son Kaleb, has set the bar extra high in the latter days of April.

Kaleb was on the rod when Keith Richardson’s handsome offshore cruiser, “Who Dat,” was on a four-day trip well into the offshore waters off the Louisiana coast late last week.

Daddy Keith, a Lafayette businessman, said the crew already had a handsome catch of yellowfin tuna — he described them as, “a few big guys,” and had hooked up on two blue marlin, got one of them to the boat before the always honorable action of tagging and releasing the billfish. The crew then started heading back toward home port at Grand Isle.

“We stopped at Neptune and the (boat’s) captain (Chris Mowad) saw one big tuna busting on bait,” Keith Richardson said. “We thought is was a big yellowfin.”

Richardson’s narrative including setting up the trolling spread and setting course for the spot where they saw all the action around Neptune, one of the massive, deep-water oil platforms off the Louisiana coast.

“A fish came up on the center line, but didn’t take it, so we came back over the same spot again, and the fish looked like a submarine coming up to get the bait,” he said.

Of course, this wasn’t the first time Kaleb had caught a bluefin tuna. He had caught some off the coast of Nova Scotia. 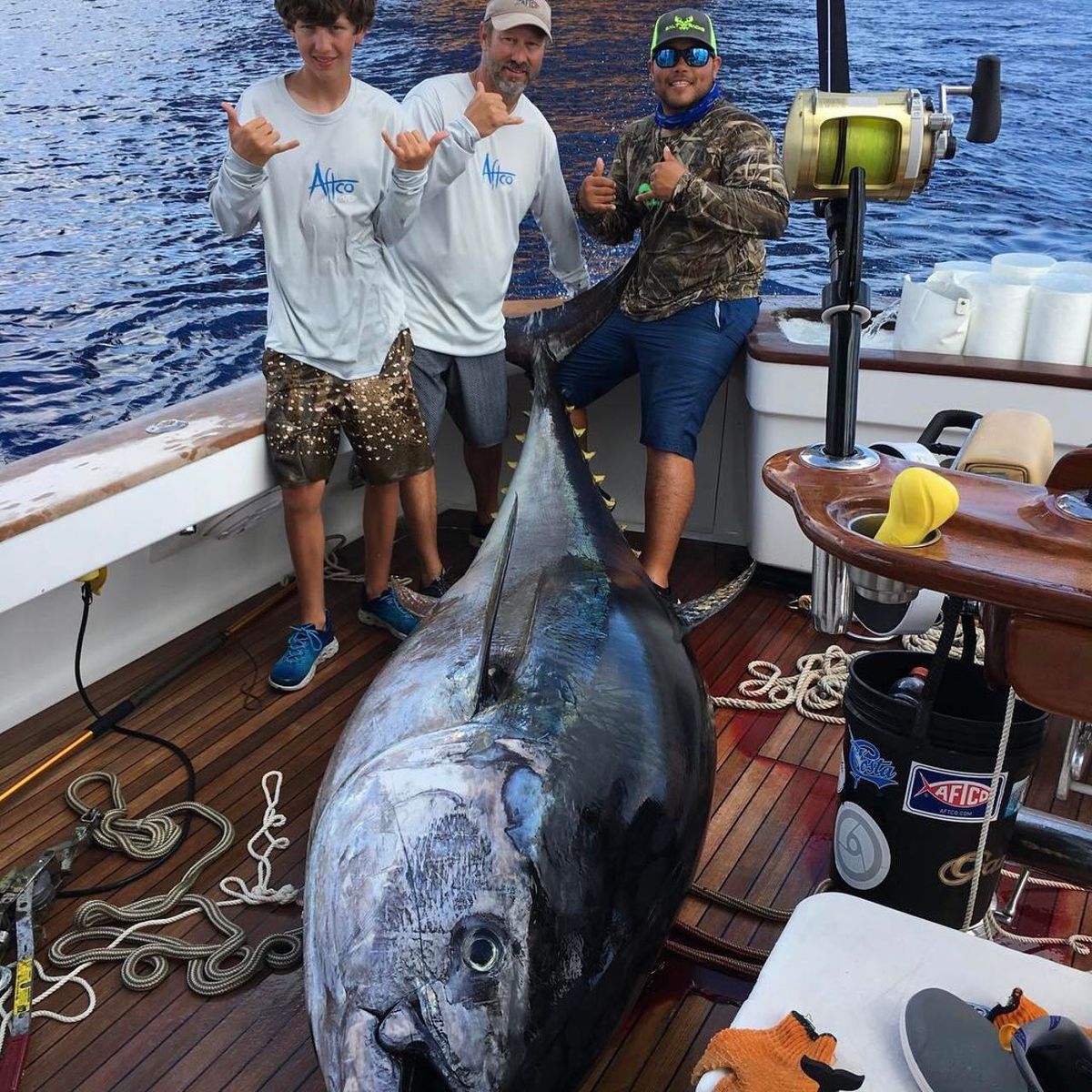 This would be fourth largest fish caught in Louisiana waters, if the catch is accepted by the State Top 10 Fish Records committee.

Interested in more news from Louisiana? We've got you covered! See More Louisiana News
Previous Article BATISTE: Myth Busted – Honor & Respect, Not White Supremacy
Next Article The New Hayride Is Almost Upon Us…