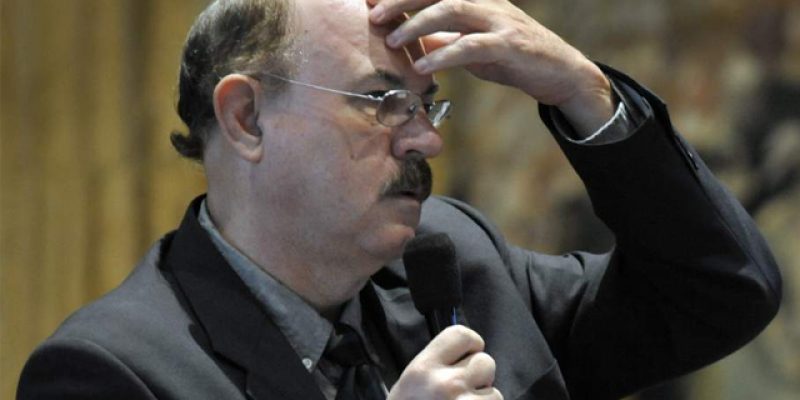 Yesterday the bill bringing that tax, HB 628, was introduced at the House Ways And Means Committee by its author, Rep. Sam Jones (D-Franklin). Proponents got to speak on it yesterday.

There were no green cards, meaning third parties coming to the committee to advocate for the bill, entered. CORRECTION: One green card.

Today, the opponents of the bill will have their say, and then the committee will vote on the bill and kill it. That is, unless Jones saves himself the ignominy of a lopsided vote and pulls the bill – which is fairly likely. If ever there was a bill deserving a violent and brutal death it’s a bill instituting a Commercial Activity Tax – it’s as though Jones and his pal, Gov. John Bel Edwards, never heard of the old adage that whatever you tax you’ll get less of.

But not before a couple of truly unfortunate moments yesterday. One happened as Jones came to the table to introduce the bill, in which he uncorked a truly offensive bit of divisiveness:

“I’ve never seen so many Armani suits in this place,” he said, referring to the business lobbyists and representatives in Monday’s committee hearing.

Trashing business lobbyists, who represent the private-sector economy which has been savaged in the past year by the administration Jones carries water for and whose clients and companies create the jobs upon which the state depends for a tax base, is pretty typical for Jones. He knew he would lose the argument and the vote on his ridiculous bill, so practically the first thing out of his mouth was a juvenile attack on the wardrobes of the people opposed to it.

“Look, every tax is hideous,” Jones said later in the hearing. “The alternative to that is to shut down schools, shut down universities and shut down hospitals.”

There has been no discussion of shutting down schools and hospitals in the event the stupid CAT tax does not pass, though there are schools and hospitals the state arguably does not need and could deliver the same or better services without. But this is of a piece with the dishonest rhetoric we’ve become accustomed to by the John Bel Edwards mob – you either get debilitating taxes on the private sector, or else the developmentally disabled kids get fed to the alligators and we cancel college football in Louisiana. There are no efficiencies to be found in state government, and there is nothing in Edwards’ budget wish list which can’t wait until the state’s economy can actually pay for it.

Thankfully, no one is buying these dishonest lines anymore. At least not in the House.

Jones repeatedly cited statistics showing that 80 percent of Louisiana businesses pay no net income tax, and he cast the measure as a way to help struggling families, making the point that big businesses would have to pay the tax while families would save by the expiration of the penny sales tax increase.

“All of the nice suits and the people in them and the million-dollar lobbying effort to kill this bill are not here for them,” Jones said, referring to opponents who were waiting to testify against the bill. “These folks have no lobbyists except for you and me.” (One business lobbyist tweeted afterward that she is a mother who buys Burlington suits from the clearance rack.)

Those 80 percent of Louisiana businesses which pay no net income tax are mostly represented by small businesses whose proprietors file as individuals. Jones’ contention that business is getting some free ride in Louisiana is a bald-faced lie.

It’s of a piece with something else he said, which is that this tax would simply be the cost of the “privilege” of doing business in Louisiana. Which is the modern Democrat Party in a nutshell – you have the right to force someone to provide you health care, and you have the right to stop people from saying things which make you upset, but engaging in commerce is a privilege.

The committee was pretty hostile to Jones yesterday. It’ll be even more hostile today when the vote comes. If it does.

Interested in more news from Louisiana? We've got you covered! See More Louisiana News
Previous Article VIDEO: A Little Under Three Minutes Of Bill Nye’s “Science” Show That You Won’t Be Able To Unsee
Next Article How Bad Are Things Going For Sharon Weston Broome? The Advocate’s Editorials Are Trashing Her, That’s How Bad