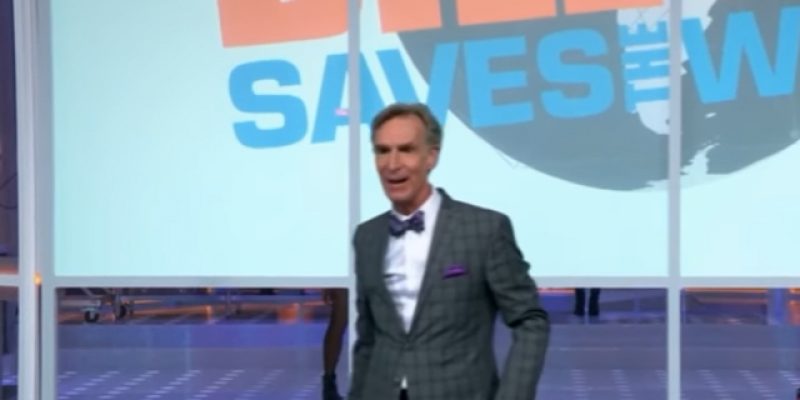 Is this the worst thing ever? We’re open to other nominations. But we would strenuously argue that this belongs in the conversation.

Nye, who is not a scientist but plays one on TV – and not particularly well, by the way, as scientists are known for going where the evidence takes them rather than spewing dogma and invective at those who are unconvinced, which makes Nye much more akin to a religious fanatic than the scientist he is not – debuted a Netflix show called Bill Nye Saves The World over the weekend. It’s a show that, with a point of view which isn’t unscientific and with a host who didn’t insist on delivering patronizing harangues to the audience, could conceivably have value.

That’s not this show, though. With this show you get Nye inveighing against global warming skeptics and anti-vaxxers and others. Plus, you get transgender propaganda like you’ll see in this clip, in which that leftist bilge is set to the tune of perhaps one of the worst songs ever written and sung by one Rachel Bloom, whom we had never heard of but is apparently a sitcom star of some note. We will assume she is capable of better work than this…

On the YouTube page hosting that video, when we last looked there were 333 likes and 20,768 dislikes. Which is about what one would expect. Some of the comments are beautiful: 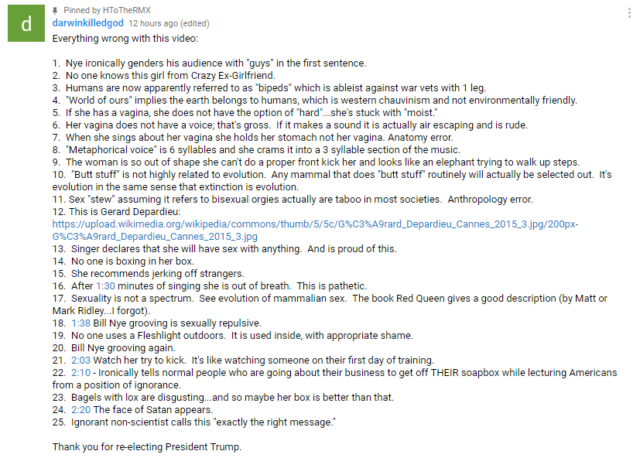