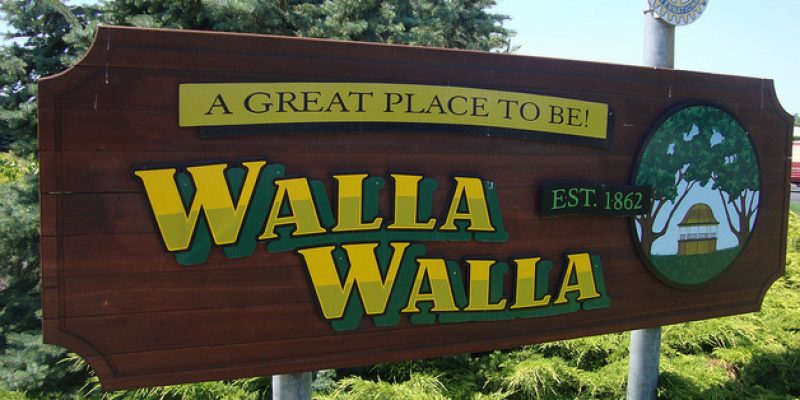 Kudos to the Baton Rouge Advocate’s Andrea Gallo and Steve Hardy for committing an unmitigated act of journalism and digging through the resume’ of Baton Rouge mayor-president Sharon Weston Broome’s hire for the position of Chief Administrative Officer, Troy Bell.

We noted that getting fired after four months as a deputy city manager in Walla Walla, Washington (pop. 31,000) is not particularly a qualifier for Chief Administrative Officer in a municipality with over 400,000 souls. But there’s a lot more…

Bell said Monday that he loved the job in Walla Walla, worked 20-hour days and was surprised by how his time in city government ended. He said he still does not understand the full reasons behind his firing.

In a letter sent to Walla Walla council members, City Manager Nabiel Shawa wrote that Bell let down their hopes. Shawa described him as likable and good at making conversation, but said his performance and initiative were lacking.

“What I have seen is a lot of good intentions but inadequate follow through and completion,” Shawa wrote.

That would indicate he’s a BS artist. Not good. But it gets worse…

The public dispute over the loss of his job in Walla Walla was not the first in his background. Bell spent a month as deputy director for the Florida Division of Real Estate in 2006 before being fired, according to a 2006 Tallahassee Democrat story.

The story quotes a spokeswoman from the Florida Division of Real Estate saying Bell lied on his application to work for them by saying he left his previous job at the South Florida Water Management District on his own accord. The spokeswoman told the Tallahassee newspaper that the Division of Real Estate discovered Bell was fired from the Water Management District in 2003. The article said the real estate agency’s first check with the water district on Bell indicated he resigned, but with a subsequent check they discovered he was terminated.

Upon discovering the discrepancy on his application, the Division of Real Estate fired Bell in 2006, the story said.

And he blamed an internal “political firestorm” during the transition of power between former Florida Gov. Jeb Bush and former Florida Gov. Charlie Crist for people claiming he was fired from the Water Management District when he had in actuality resigned.

Broome apparently buys that story and thinks he resigned rather than got fired…twice.

Bell also once worked as a police officer. While at school at the University of Miami, he said, he worked part-time as a sworn reservist for Homestead and El Portal, two of the smaller municipalities outside Miami.

Bell also found himself on the other side of the law on two occasions, though he was never prosecuted. On Monday, he generally declined to talk about his prior arrests except to say that he has a well-rounded view of the criminal justice system since he has both worked in law enforcement and faced false accusations.

“That experience has given me a heightened level of sensitivity to the weight and power of accusations,” Bell said. “You can essentially ruin somebody’s career and their future by simply making an accusation that ends up in a false arrest.”

Bell was arrested once in 1998 for the misdemeanor counts of battery and assault and battery, and again in 2000 on false personation of a law enforcement officer, unlawful use of a police badge — a charge Bell said has since been ruled unconstitutional — battery of a law enforcement officer and two counts of resisting an officer, according to Miami-Dade online court records. However, the Miami-Dade state attorney’s office did not prosecute any of the charges. Court records have been destroyed in the 2000 case because Bell successfully completed a pre-trial diversion program, according to state attorney office records.

Our sources say Bell was essentially Raymond Jetson’s man. Jetson, one of Baton Rouge’s shadier race-hustlers and political fixers on the north side of town – his fingerprints have been all over the corrupt debacle that has been the Capitol Area Transportation System since the North Baton Rouge gang managed to stick an $18 million hosepipe into taxpayer wallets a few years back – is something of the “power behind the throne” in Broome’s administration. Which is not a good thing. And if he’s picking the people running the city-parish, it’s more than a little frightening for afficionados of honest government.

Hiring someone whose qualifications would make him far better suited as an administrator in Bastrop or Bogalusa than Baton Rouge for the job in question says one thing, and one thing very loudly – this is someone who will happily get along and go along with whatever the cool kids tell him.

We said it earlier today, and we’ll say it again – the most important job with respect to government in Baton Rouge is now that of the U.S. Attorney for the Middle District of Louisiana. That’s about to be the busiest job in town, and very shortly.

Interested in more news from Louisiana? We've got you covered! See More Louisiana News
Previous Article The “Take ‘Em Down” Bunch In NOLA Wants The Confederate Statutes To Come Down In Daytime
Next Article VIDEO: Scaly Beasts Of Bucktown