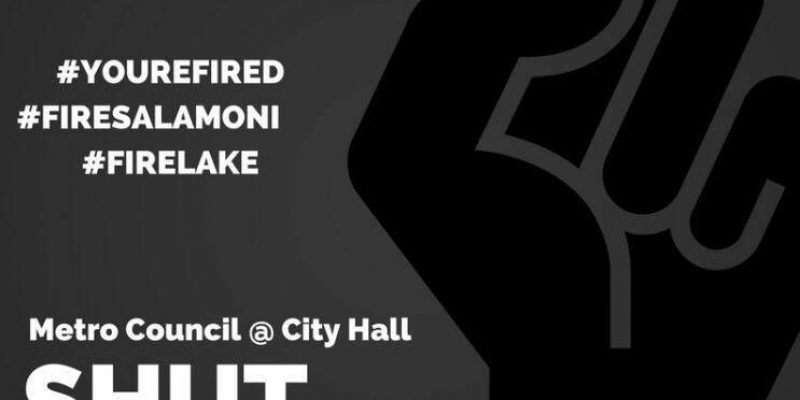 That’s what they’re promising will happen at tonight’s Council meeting as the Usual Suspects do everything they can to keep milking the Alton Sterling case for attention. 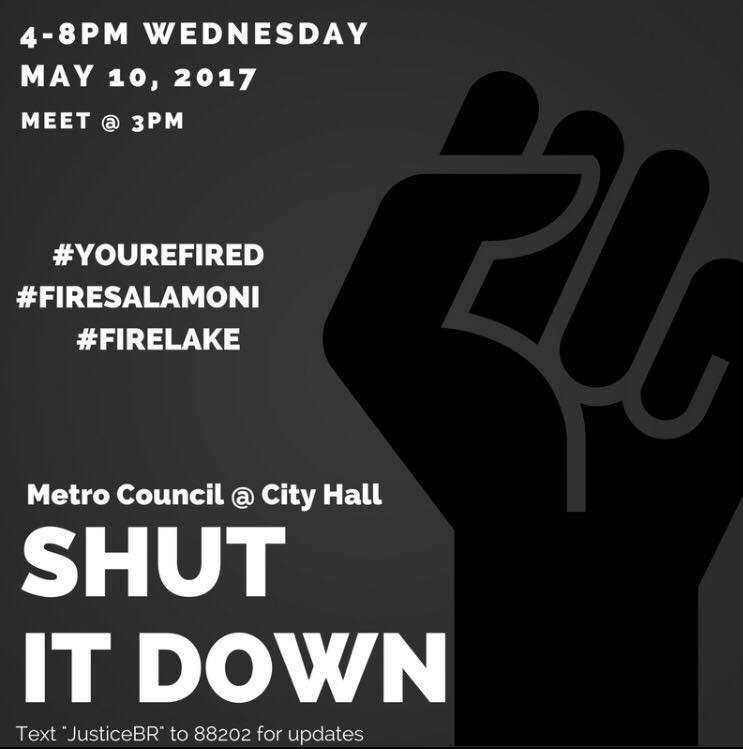 Yes, this is a Gary Chambers thing. It appears the local NAACP is also involved.

What’s interesting about this is apparently these people aren’t just demanding that Blaine Salamoni, the BRPD officer who actually shot Sterling, be fired – it appears to be setting in that there will not be an indictment of Salamoni either at the federal or state level, because as information comes out about the Alton Sterling case it’s become more and more clear that Salamoni shot Sterling because the latter gave off a very credible impression he was going for the loaded gun he had in his pocket – but also that Howie Lake II, the other officer on the scene, be fired.

Lake’s conduct during the Alton Sterling fiasco wasn’t really put forth as controversial. He didn’t fire his gun.

And what’s generated so much steam from the “protest” crowd is something Salamoni said on the video of the affair which hasn’t been released, which is a threat to Sterling that he would kill him if he didn’t comply with police commands. The fact Salamoni did ultimately kill Sterling combined with that threat is being spun into “premeditation.”

But it’s not like a jury is likely to buy that. Cops attempting to secure compliance from a suspect in the middle of an arrest are entitled to say and do things calculated to produce that compliance, and instilling fear in a suspect by threatening his life would fall into that category. What blows apart this narrative that Salamoni arrived on the scene with an intent to kill Sterling is the fact that once Alton Sterling put his hands on the hood of that car as Salamoni demanded, Salamoni holstered his gun.

That makes it a little hard to press the case Salamoni’s statements were evidence of premeditation rather than irony given what happened when Sterling later stopped complying and started going for his gun.

In any event, shutting down the Metro Council meeting – which isn’t all that bad an idea, given that at least half of what’s on the Council’s agenda, as always, will probably do more harm than good – isn’t going to produce a firing of those two policemen. The Metro Council has zero power over personnel decisions within BRPD. This is nothing more than a feel-good exercise and a waste of time.

And as former Metro Councilman John Delgado noted, it’s also a good way to end up wearing some silver bracelets. 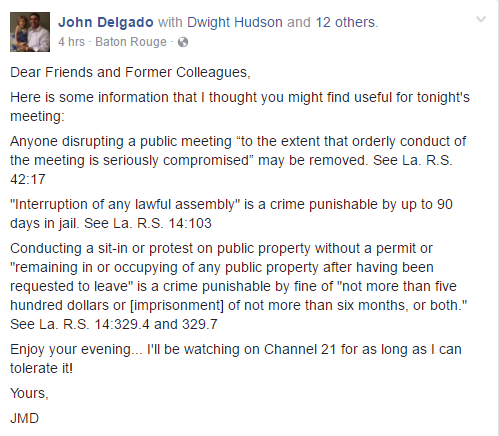 We’ll see if the organizers of this thing, which include Baton Rouge’s favorite rotund race-hustler Gary Chambers, go far enough to end up in jail this evening.