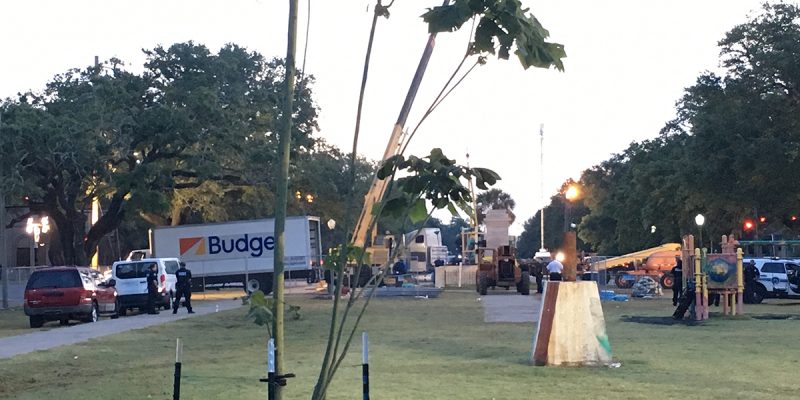 Masked workers donning helmets and bullet-proof vests made off with the 106 year-old Jefferson Davis Monument. A ridiculously heavy police presence managed the crowd and helped the Mayor carry out his plan, the one he repeatedly said would not use public money. K-9 division, SWAT, Mounted Patrol, and Orleans Parish Sheriffs were on site with the regular NOPD officers, an estimated 300 law enforcement officers total. Jeff Davis himself would have wished for so much firepower surrounding him. 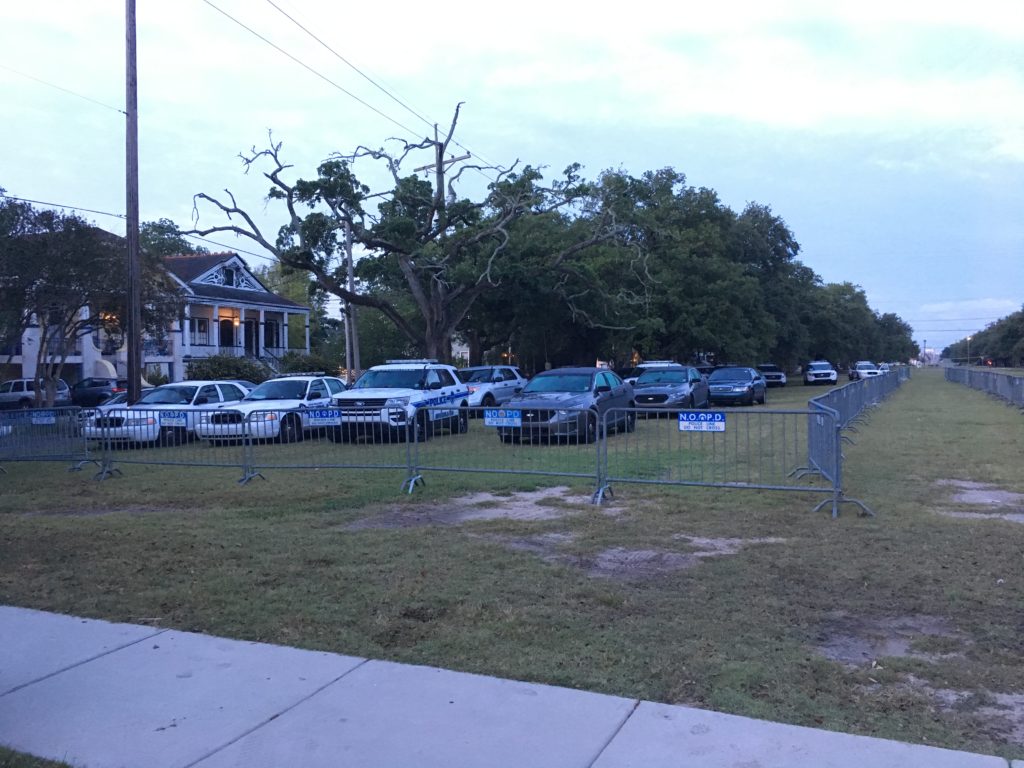 NOFD Superintendent Tim McConnell made his first public appearance since participating in taking down the Liberty Place Monument. He may be difficult to find in the approximately 15 masked workers, but The Hayride’s sources say he was once again working with New Orleans Firefighters to remove historic artwork.

Mitch had a swanky fundraiser then went to La Petite Grocery before his stormtroopers emerged from the darkness. Lastie’s Trucking once again participated. JLG manufactured equipment, believed to be from Herc Equipment in Kenner, as well as a completely unmarked telescopic boom crane were the tools of the Mayor’s stormtroopers. 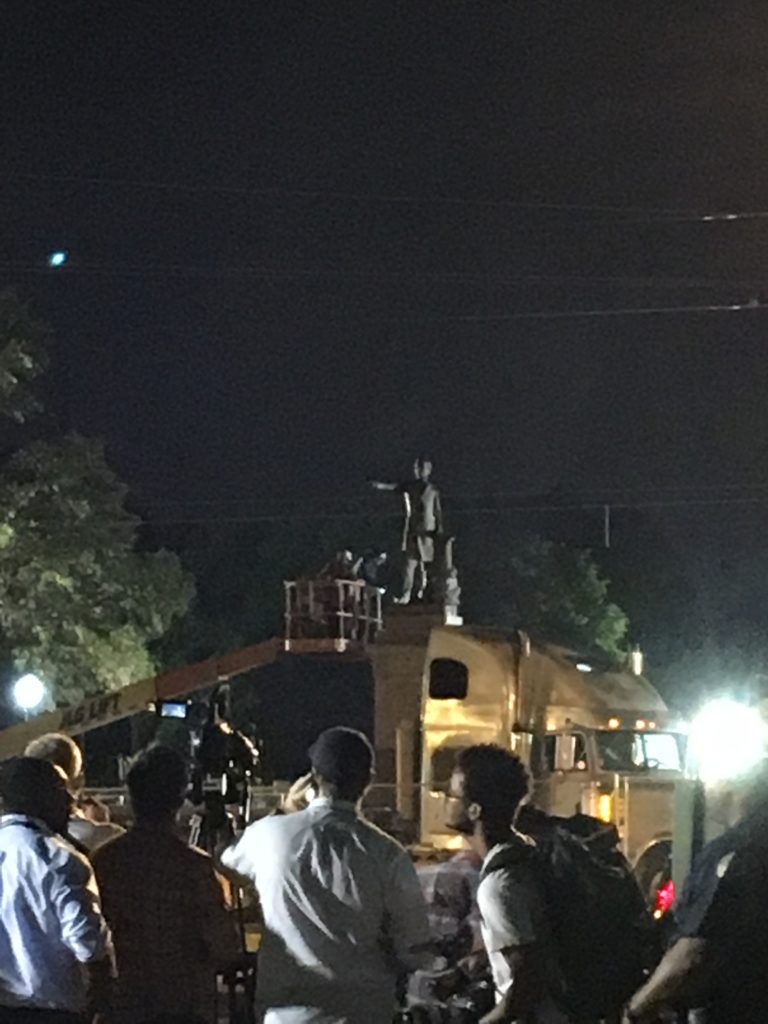 The rank amateurs, yet to be determined if they are city workers, struggled to detach the statesman’s bronze statue from its base. They actually used green bubble wrap around Davis’ body before double looping a yellow strap around him. The workers did not have harnesses, but rules don’t matter in New Orleans. The monument, funded through private donations and state dollars (someone tell that idiot Jeff Landry that again), was crated and loaded on to the Lastie’s truck bed, although a Budget Rentals box truck waited nearby. Jeff Davis was a two-war veteran, U.S. Secretary of War, U.S. Congressman, and U.S Senator and was also elected President of the Southern states in 1861, and his monument may disappear like the lost ark.

The crowd was divided by barricades. The pro monument people mostly watched in disgust, some waved flags, and the Antifas jawed non-stop. The Antifas particularly threw fits at seeing any African Americans on the pro monument side. The best chant of the night was “Where is Mitch?!”

Vehicles nearby had license plates removed, do you think the red explorer was NOFD? No permits are known to exist. The city shut down a major intersection and did not announce road closures until the work began. It was just another murky night in Mitch Landrieu’s tyrannical universe.

Interested in more news from Louisiana? We've got you covered! See More Louisiana News
Previous Article INSULT TO INJURY: Read A Triumphant Statement By Mitch Landrieu As He Takes Down Jeff Davis
Next Article PRAGER U: Hey Social Justice Warriors, Facts Don’t Care About Your Feelings