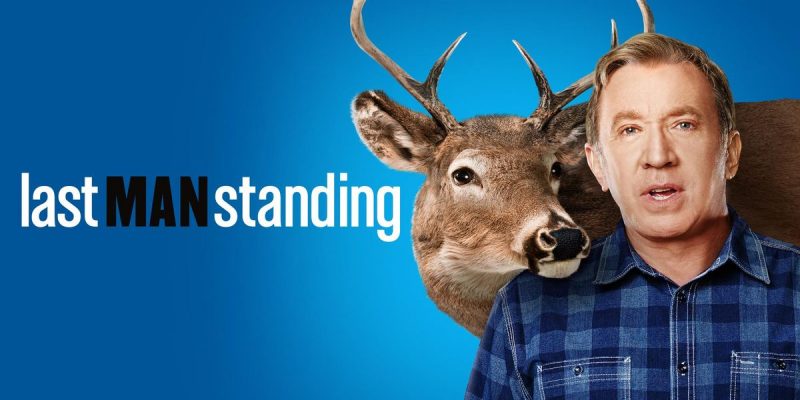 Despite healthy ratings, ABC promptly cancelled Tim Allen’s popular sitcom, Last Man Standing this week. The show was a successful part of the ABC line-up for six years.  While some media reports claim that ABC cancelled the show due to poor ratings, the truth is that the program was the second highest rated comedy and the third highest rated “scripted” show on the network. In fact, during the final years of the show, Last Man Standing drew an impressive average of 8.1 million viewers each week.

Allen’s real crime was not poor ratings, but having the audacity to announce he was a conservative. He understood the challenge he faced in Hollywood. In an interview with ABC late night host Jimmy Kimmel, Allen lamented that “You gotta be real careful around here. You get beat up if you don’t believe what everybody else believes. This is like ’30s Germany.”

Allen is not the only actor to be ostracized due to his beliefs. Jim Caviezel faced a backlash for starring in the Mel Gibson film, “The Passion of the Christ.” Caviezel did a masterful job playing Jesus Christ, the role of his lifetime. Instead of his peers praising his work and showering him with job opportunities, Caviezel became an unwanted commodity in Hollywood. In an interview with Polish journalist and film critic Lukasz Adamski, Caviezel noted that after the movie, “All of the sudden I stopped being one of the five most popular actors in the studio and I hadn’t done anything wrong, I just played Jesus.”

Unfortunately for the small band of conservatives in Hollywood, the industry treats them like they are infected with the Bubonic Plague. Caviezel and Allen are joined by a select group of courageous conservatives such as Jon Voight, Cheryl Ladd, Bo Derek, James Woods and a few others, but, overall, Hollywood is a monolithic community controlled by extreme liberals.

Most conservatives do not speak up for fear it may end their career. Woods knew he was endangering his job prospects in 2013 when he spoke out against President Obama’s liberal policies. After Woods stood on principle and expressed his political views, sadly, he has all but disappeared from the big screen.

For decades, there has been a liberal groupthink in Hollywood; however, in recent years, it has become even more pronounced. This community strongly supported Barack Obama and Hillary Clinton, holding glitzy fundraisers and raising massive contributions for the Democrat Party.

With almost all of the major stars in Hollywood being liberal, actors like Tim Allen are a rare breed indeed. Not only is he a conservative, but his show, Last Man Standing, revolves around a main character, Mike Baxter, who is both a conservative and a Christian. It is the perfect sitcom for this era, appealing to the 63 million Trump voters who are not represented at all on broadcast television.

Not only are Trump voters excluded, but working class Americans and those who reside in the Rust Belt and rural communities are also not represented on broadcast television. Even ABC Entertainment President Channing Dungey recognized this fact at a recent meeting in London. He admitted that his network has not “paid enough attention to some of the true realities of what life is like for everyday Americans.”

While Hollywood loved Obama and his big government policies, millions of middle class families suffered during his two terms. During the Obama years, poverty rates increased as millions more Americans were added to the food stamp rolls. Due to Obamacare, healthcare premiums skyrocketed, but American wages remained relatively stagnant. The Obama administration even targeted certain “dirty” industries such as coal, bringing economic ruin to communities throughout the Rust Belt. It was not surprising that a record number of people, 95 million, were not even members of the workforce at the end of Obama’s second term.

These liberal policies created real suffering, but, in Hollywood, President Obama was viewed as a conquering hero. Not surprisingly, these liberals believe an independent conservative like Donald Trump is an evil authoritarian. It is hard for them to relate to any American, much less a fellow actor like Tim Allen, who actually supports the policies of Donald Trump.

Back in the 1980’s, during the conservative Reagan era, a very successful television program was Family Ties with a conservative character Alex Keaton, played perfectly by Michael J. Fox. It aired on NBC for seven years, winning numerous awards and garnering great ratings. It connected with audiences during an era that was dominated by a popular, conservative President.

Unfortunately, broadcast television networks today are not interested in appealing to the massive Trump electorate. If so, ABC would not be cancelling Last Man Standing, but adding more programs just like it to their line-up.