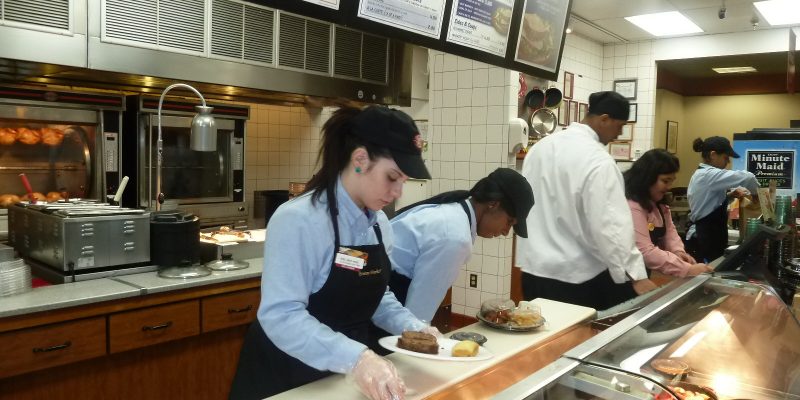 One thing is typically true about the left. Through a very poor understanding of market economics they hurt most those they claim they want to help. Fortunately for low wage earners Louisiana Gov. John Bell Edwards’ attempt to thwart the free market on their behalf has once again failed.

The Senate Finance Committee on Wednesday rejected by a 7 to 3 vote a bill that would have raised the state minimum wage to $8 per hour in 2018 and to $8.50 an hour a year later.

New Orleans Democrat Troy Carter was carrying the water for the governor on the bill. The Senate Finance Committee vote failed along party lines. Big shock Democrats would vote for something so anti-free market. It’s almost as though they don’t trust the free market. Could it possibly be?

Some argue the minimum wage hurts business owners the most because it cuts into their profits. That can be true but most employers are savvy enough to find ways around minimum wage hikes by hiring fewer people, cutting back on hours of workers or looking to technology to replace labor costs. A basic, though often poorly-understood, rule of economics is that necessity is the the mother of invention.

But the truth is hiking the minimum wage causes the most pain for those on the low end of the pay scale. Those without experience, skills, and in need of work. It means fewer job opportunities and fewer hours.

The Marxist-bent leaders running the city of Seattle raised the minimum wage to more than 11 bucks an hour. A study conducted by the University of Washington, far from a conservative institution, found there was overwhelming evidence the legislation killed low wage jobs, reduced the hours of the workers, and caused employers to rely more on technology than manpower.

Despite the convincing study Seattle city leaders are defiant in their war on the free market and under current law the minimum wage will skyrocket to $15 an hour by 2021.

In cities like New York, Los Angeles, San Francisco, and Seattle minimum wage hikes has led many fast food restaurants to depend more on self-service kiosks and tablets placed at tables instead of hiring low wage earners.

Other studies on a national level suggest that minimum wage hikes can be major job killers. Investors Business Daily reports a University of California study showed that when the federal minimum wage was lifted to $7.25 from $5.15 in 2013, it cut employment of those earning less than $7.50 an hour by 8%. That’s 1.7 million fewer jobs nationally, and a decline in average monthly income of $100.

Another tenet of market economics which is less well understood than it should be is, you tax something, you get less of it. It’s true with labor as much as it is with any other expense. Surely Gov. Edwards and Sen. Carter must know this.

But raising the minimum wage makes for good politics, since there are lots of people out there who don’t understand economics any better than Democrat politicians do. You convince people you are for the little guy. But you really aren’t.

The  destruction caused by minimum wage legislation is just collateral damage in the left’s never ending war on the free market. Fortunately Gov. Edwards attempt to prove he’s for the little guy all while killing low wage jobs has failed once again.

Interested in more news from Louisiana? We've got you covered! See More Louisiana News
Previous Article Broome Calls For The Firing Of The Cop Who Shot Alton Sterling
Next Article The House Will Vote On The Gas Tax Bill Wednesday, And Here’s Where It Sits…