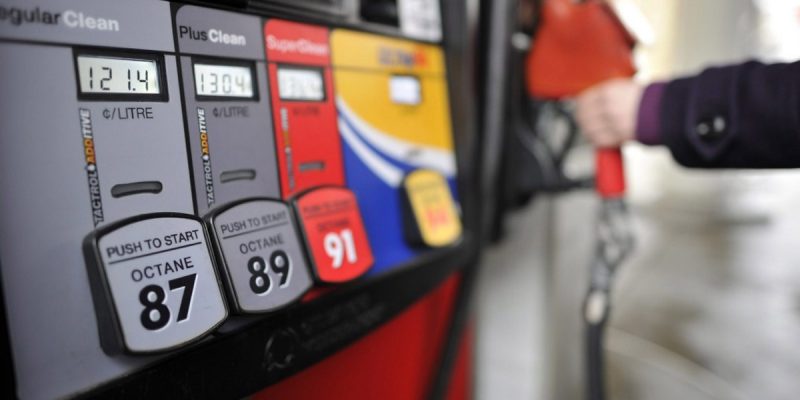 Before we get into a snapshot of where the bill to raise the Louisiana gas tax 17 cents a gallon is from the standpoint of its prospects for passage, let’s make a few points for why we’ve taken an editorial position that not only is this bill a bad idea but a terrible one. We’ve covered it on a couple of occasions in the past – for example, here and here, and also here and here, not to mention here and here – but the basic points to remember are these.

First, this is probably the most lobbied bill in the legislature this year. The governor is doing everything he can to break arms to get votes, and in a second we’ll explain why, the construction industry, or at least the elements of it who build roads, has gone all in, and pretty much every contract lobbyist available has been roped in to get it passed. There is a large element of old-school Louisiana politics in this – we’ve been told by several sources that Louisiana DOTD head Shawn Wilson called in a succession of representatives of construction companies and put the arm on them to throw money at Driving Louisiana Forward, an advocacy group in favor of the gas tax which has covered digital media and other outlets with a huge messaging campaign.

Except the poll data we’ve seen shows that campaign hasn’t moved public sentiment one bit so far. The most recent poll, the Southern Media and Opinion Research survey from last month, had only 29 percent support for the gas tax with 67 percent disapproval. When two-thirds of the public says no, it’s exceptionally difficult to get a two-thirds majority of the legislature to say yes. Particularly when what you’re trying to pass is a tax and most of them call themselves Republicans – we’re under no illusion that Republicans are especially stalwart when it comes to killing tax increases, but you can expect them to resist at least a little when the public is as grumpy about taxes as they clearly are right now.

The argument for the tax is that Louisiana’s roads are awful and must be improved. And yes, Louisiana’s roads are awful and must be improved. The problem is the solution being proposed with this tax is to throw money at DOTD, which is the agency that has supervised Louisiana’s awful roads as they’ve descended to their current state. A Baton Rouge-based business group which formed to initiate advocacy of a campaign to improve those roads published a number from a DOTD report to the effect that only 11 percent of the agency’s funding actually went to road improvement, and when Americans For Prosperity’s Louisiana chapter, which is the only major statewide advocacy group going to the mat against the tax, seized on that number to argue DOTD is a rotten receptacle for any more money, the response was that the 11 cents on the dollar was the wrong number; it was actually more like 45 cents.

You’ll forgive us for not quite being positively impressed with 45 cents of the state road agency’s budget going toward roads. DOTD has some 4700 employees and they’re not the most articulate folks in the world about what those employees all do.

So more money in the hands of an agency with a well-deserved reputation for wasting it is an unimpressive argument. Particularly when Louisiana’s economy is in atrocious shape in no small part due to a tax climate which is grossly inferior to that of Texas, which also boasts far superior roads, and disposable income to cough up another $100 per year in taxes is in short supply.

There are two more points to be made about this gas tax bill. For one thing, as AFP will be demonstrating at an event they’re holding Tuesday at a gas station in Baton Rouge in which a sizable number of purchasers can fill up with AFP chipping in for the tax costs (they’re doing this to show how much of the cost taxes actually make up when you buy gas), jacking up taxes on gas is a killer for smaller, independent gas stations. For most fuel retailers gas is a breakeven product or even a loss leader; it gets people on the property and perhaps into the attached convenience store where more profitable merchandise is sold, or into the little automated car wash where some easy money can be made. Except those little guys have trouble competing against a Wal-Mart or Sam’s Club in good circumstances; Wal-Mart and Sam’s Club can afford to offer cut-rate gas to store customers, and that advantage gets even larger when a gas tax hike chops the margin all the more.

And finally, the major problem with this gas tax hike is that it will be Gov. John Bel Edwards who’ll be in charge of deciding what road construction projects will be engaged with the money. This isn’t an indictment of Edwards as a bad evaluator of road needs so much as it is a recognition that politics rather than data will drive his choices. We know this because Edwards’ epigone Tyler Bridges gave up the game a few Sundays ago in an Advocate article complaining that the governor didn’t have enough road construction money to lord over the legislators to buy their votes for bills he wants. With a half-billion dollars a year in road money available, those problems are solved – and that money will undoubtedly be used as leverage to grow government and move Louisiana to the left on issue after issue.

Don’t be impressed, by the way, with the guarantees being offered that all of the new money will go into a data-driven road construction list. That’s not how it works in Louisiana and never has been – our older readers were around when a different Governor Edwards promised the state lottery money would all go to education, as an example of this scam. The problem is money is fungible, meaning that what goes into DOTD for the roads with this tax will only leak out of DOTD’s general fund budget to pay for something else. It’s always worked that way in this state because its government is bigger than its economy can support, and it will always be a scramble to find funding for all the things government wants to do until that is no longer the case.

For these reasons and perhaps others, the gas tax bill will not be voted on today as was the initial plan. Instead, the vote was pushed back until Wednesday.

We were told as of yesterday the bill, which must have 70 votes on the House floor, is mired at a maximum of 62 votes. Things are becoming so desperate that they’re lobbying vocal opponents of the bill in order to find long-shot inducements that can be offered to change their minds.

As such, it seems nobody really knows what’s going to be in the bill anymore. Coming out of the House Ways And Means Committee, it had been encumbered with a number of amendments – one, a “legislative slush fund” which put a sizable chunk of the proceeds in the hands of the 105 state representatives to allocate as they wished, another, an accountability measure which tied the bill’s effect to the passage of other legislation which would supposedly “reform” DOTD. Nobody thinks these amendments are going to survive to the bill’s final form – at minimum they’ll be stripped out in the Senate if they aren’t thrown overboard on Tuesday.

And here’s where things could get really terrible. What’s now being discussed by the desperate folks in favor of the bill is to drop the gas tax increase from the current 17 cents down to 10 cents. Or 8 cents. Or 6 cents. Or 2 cents. Whatever number gets the bill to 70 votes. That’s considered OK to do because once the bill gets into the tax-friendlier Senate, the increase passed by the House is meaningless – the governor wanted a 23 cent increase and that’s what the Senate will pass.

Meaning there will be a conference committee on the bill, and a compromise. If the House’s number is 10 cents and the Senate’s is 23 cents, they’ll meet in the middle at 17 cents – and that increase, which two-thirds of the public is against, will be sold as a good compromise. For the House members who made up the 70 votes at 10 cents, for example, there is no point in changing their vote at 17 – they’re already going to catch hell for voting for a 10 cent increase; might as well be able to claim a deliverable as a road project in their districts.

At least, that’s what they’re going to try to do. As of yesterday the prospects of the tax were still very slim. If you don’t want to pay more at the pump, you might want to contact your legislator and tell him or her so.