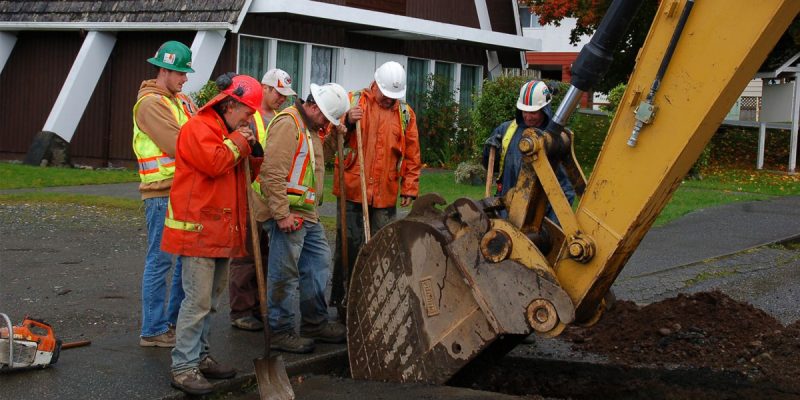 That came as a result of HB 632, which was Gov. John Bel Edwards’ gas tax bill. It passed out of the House Ways And Means Committee on a 9-7 vote, meaning we’re one step closer to Louisianans having to pay $539 million more per year in taxes to the Department of Transportation and Development, a failed state governmental agency which has supervised the worst roads in the country and built up a payroll of 4,700 employees, among them some of the world’s most accomplished Mahjongg and computer solitaire players.

But your $539 million tax increase will surely magically eliminate all that waste and transform DOTD into a lean, mean, road-building machine. None of that money will be misappropriated into boondoggles like the John James Audubon Bridge or poured into the maw of that failed agency’s bureaucracy.

There are 12 Republicans and seven Democrats on the House Ways And Means Committee, meaning the bill couldn’t pass without Republican support. And that’s what the gas tax hike got, as four Republicans crossed over to back Edwards half-billion dollar tax increase.

“I won’t oppose it getting out of committee because I believe we need to have a broader conversation on the floor; however, before I can support the bill, these are my non-negotiable requirements to support the an infrastructure tax: 1.) Must bring a level of transparency and accountability that we have never seen before. Full transparency via an online portal subject to legislative auditor oversight so every taxpayer can see where every penny is being spent. 2.) That there is ZERO politics involved with this process. Its about funding our infrastructure needs, not doling out favors depending on who is governor. 3.) That every dollar goes to asphalt, concrete, and bridges. ZERO Administrative Costs. 4.) That we return a dollar of value for every tax dollar received. There will be some amendments in committee that address some of these issues, I will bring a set of amendments that would ensure that everything stated above is added to the legislation. I happen to have HB 119 which is the Louisiana Fiscal Transparency Website bill. We need to restore trust with our taxpayers by providing the infrastructure that we are asking them to pay for.”

If any one of the four had voted otherwise, the bill would have died in House Ways and Means and there would be no prospect of a gas tax increase at all, much less a doubling of the gas tax.

The bill needs a two-thirds vote on the House floor in order to make it to the Senate where it’s virtually guaranteed to pass. That two-thirds vote looks exceptionally unlikely, but a week ago the gas tax was considered dead in Ways And Means.

A few points should be made now…

First, everyone knows the roads in Louisiana are atrocious. This bill gives more money to the state agency who has produced the atrocious roads. Would LSU basketball fans think giving Johnny Jones a raise to be a move likely to produce an NCAA Tournament appearance? Much time in today’s committee hearing was spent on various bits of legislation aimed at “reforming” DOTD, but throwing more money at a failed agency at the same time you’re demanding it marshal its resources more efficiency is the height of stupidity.

Second, with DOTD getting $539 million more to spend at the governor’s discretion, this bill would give the governor more power over state policy and influence to break down resistance among legislators for other bills even more unpopular than this one. If it were to pass Edwards would then be able to hold road projects over legislators’ heads in order to buy their votes. Everybody knew this before the session and everybody knows it now, particularly since Edwards’ pet poodle Tyler Bridges gave away the game over the weekend with an article specifically complaining about how the inability to feed pork to legislators has cramped the governor’s style.

Third, four Republicans just voted in the Ways And Means Committee to raise taxes after two separate polls in the past three weeks generated lopsided results indicating broad opposition. The gas tax bill was more than 50 points underwater (22-73) in the Truth In Politics survey last month, and almost 40 points underwater (29-67) in the SMOR poll. And yet one-third of the Republicans on the committee opted to vote for a tax increase that unpopular. The magnitude of the “F You” to the constituents Stokes, Davis, Schexnayder and Ivey just delivered to the public is truly breathtaking.

As for Ivey’s lengthy statement about imposing safeguards on how the money will be spent, and so on, none of his demands are in the bill. If you’re an intelligent legislator you make those demands well in advance and if they’re not met you vote no. You don’t vote “Yes, but…” in such circumstances, because if that’s not in the bill and you don’t amend the bill in committee, your conditions which are not part of the bill are 100 percent worthless. He either is doing an incredibly poor job of lying to the anti-tax people he purports to champion in the legislature or he’s absolutely, hopelessly naive – either way, this vote should put paid to the idea Barry Ivey has any business becoming chairman of the Louisiana GOP next year.

Fourth, if you’re serious about taking tax dollars and putting them into road projects, this is what should have been done – bring legislation enabling the creation of multi-parish taxing districts, which can then raise the gas tax within their borders to pay for design-build projects on a one-off basis. For example, if we’re going to build the crucially necessary bridge across the Mississippi on the south side of Baton Rouge, then create a taxing district to include East Baton Rouge, West Baton Rouge, Ascension and Iberville Parishes, let the parish councils/police juries/Metro Councils in those parishes appoint a commission tasked with letting a contract to a program manager, levy the gas tax to finance the project, hire the program manager, build the bridge and its approaches and connecting roads as needed, and then dissolve the whole enterprise with ownership of the bridge transferring to DOTD or some other agency as appropriate. That way you’re not feeding a bureaucracy; you’re just building roads.

Nobody brought a bill like that. Instead, we had Rep. Steve Carter, who is a good man but no particular conservative fiscal or otherwise, promising that this time DOTD won’t waste our money. And four out of the 12 Republicans on Ways And Means played along.

This is why the people of this state have no faith in its government, and rightly so. When two-thirds to three-fourths of us clearly state that we are not interested in giving them any more of our money, they refuse to listen and demand it anyway.

Stokes, Davis, Schexnayder and Ivey need to be made examples of. They need to have different plans for the spring of 2020 than they currently have. Vote them down, even if they come to their senses when HB 632 goes to the floor.