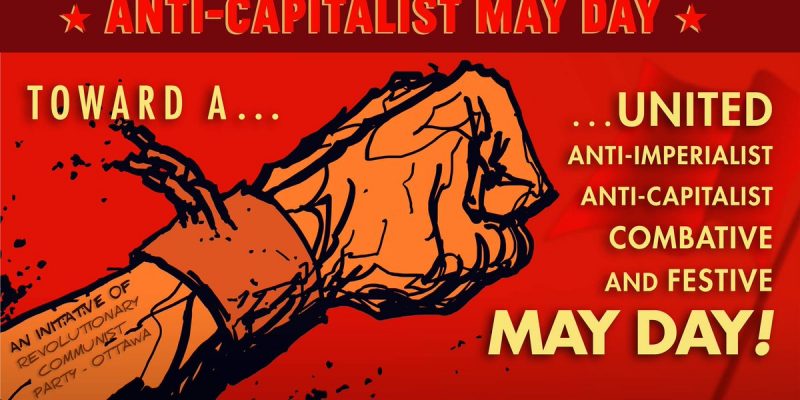 Today is May Day, which is the annual day of rallying for the international communist movement. During the Cold War there was a bit too much shame attached to membership in that movement for too many of its votaries to show their faces openly in America, so May Day demonstrations in this country were quite sparse. That wasn’t the case in Europe, of course.

But now that communism is on the ash-heap of history, it seems it’s making a comeback among stupid people in this country. Including these clowns (thanks to Mark Ashworth for sharing this on Facebook)… 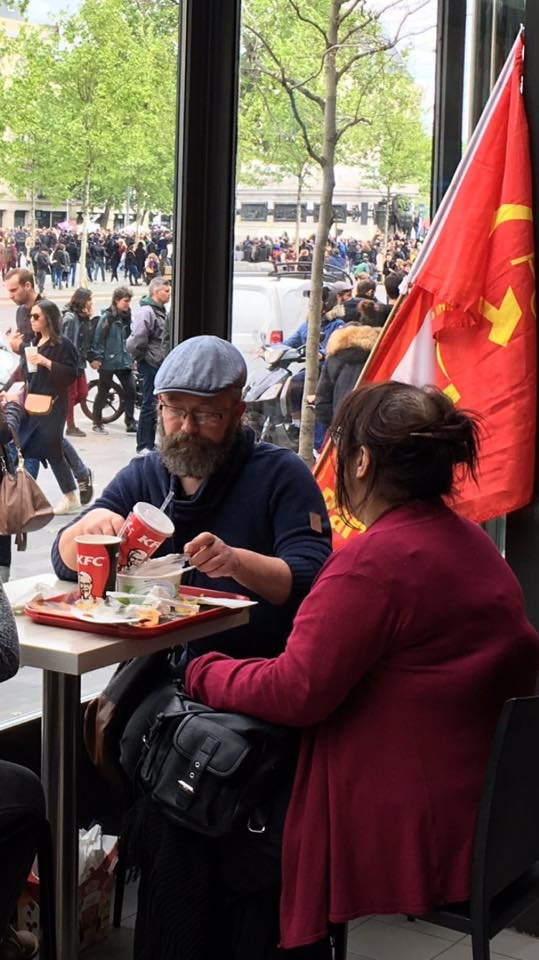 Is that not perfect? You can’t get much more hypocritical than commie demonstrators, complete with the hammer-and-sickle Soviet flag, stuffing their faces with food from Kentucky Fried Chicken – one of the greatest exemplars of capitalism ever brought to market.

This is of a piece with the iPhone communists in the Occupy movement, or the Yale hunger-strikers who break for lunch. Or the Bernie Sanders fans applauding as he gives speeches calling for a political revolution in America while endorsing Hillary Clinton at the Democrat National Convention.

Today’s American Left is a bunch of gutless children. Their rhetoric is empty. They enjoy and depend on capitalism as much as anyone else in the country – perhaps more so, given that so few of them participate in capitalism as producers rather than consumers – and yet insist on biting the hands that feed them.

But even the biting is weak and ineffectual. Exactly what do the commies in the picture above propose to do to bring the communist utopia to our shores? Will they die for it? Will they kill? Will they grow and package their own food living in a commune, or make ammunition for the great bloody struggle to come? Will they even refrain from eating at a national fast food chain?

Don’t count on it.

They might be ugly to people who disagree with them on social media, though, and they might even contact Twitter from their iPhones in order to have a conservative’s account shut down. And then it’ll be back to the May Day march before taking in a little shopping and a movie.