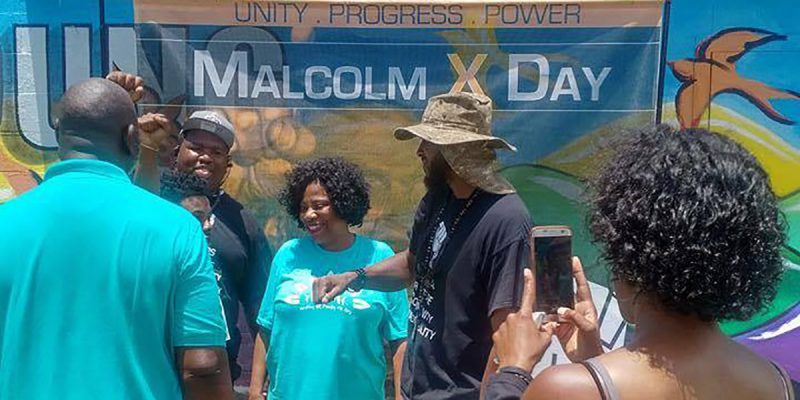 It was Malcolm X Day in Baton Rouge yesterday. So you’ll know in case the headline wasn’t enough of a clue.

We also have photographic evidence. Like this, for example… 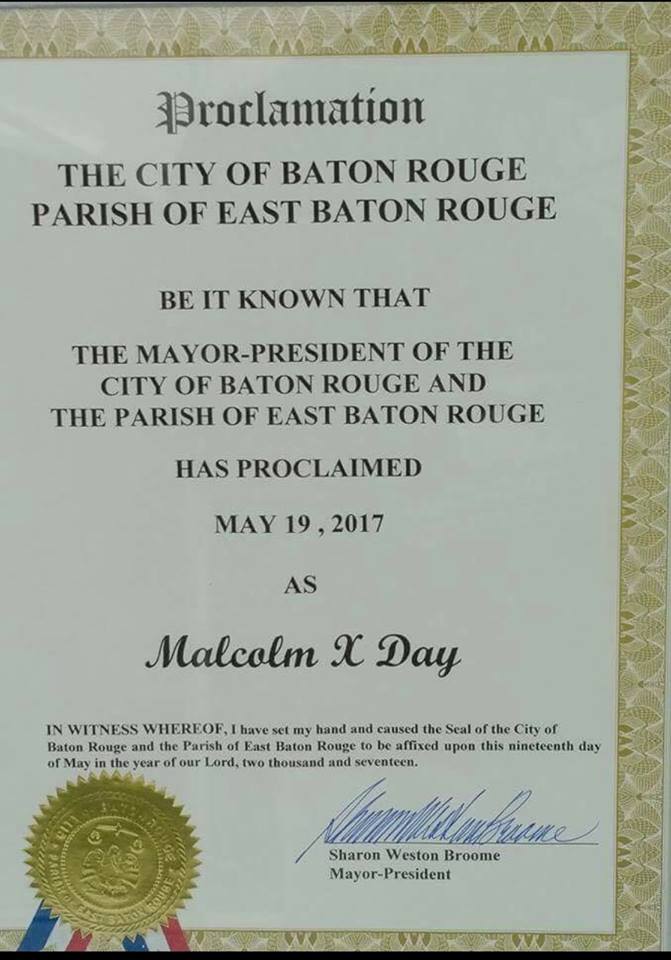 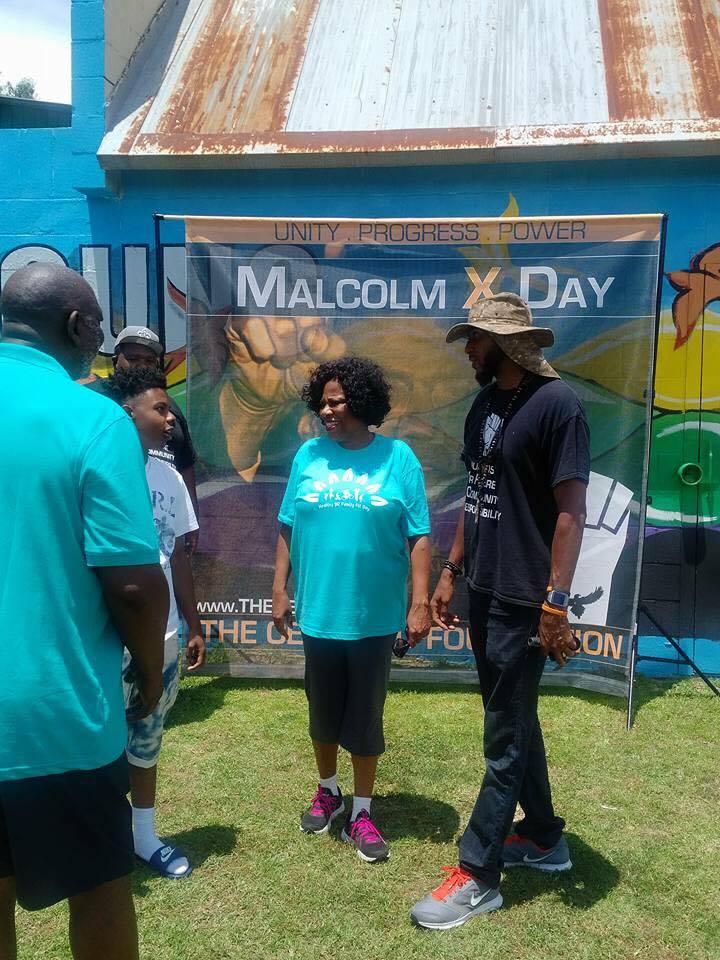 There was also a website with a calendar of events…

On May 19th, we will celebrate Malcolm X, his work and his commitment to our people with a special event.

And here’s from the About page…

Malcolm X Day is a celebration of a great man who stood, lived and died for the needs of our community. Not only do we celebrate him, but we seek to impart some of his knowledge and wisdom into our community.

Love yourself, Love your brother. Build for yourself. Build together.

A bit more, from the FAQ page…

I’ve never heard of Malcolm X Day, is it an official holiday recognized by the state & federal government?

The simple answer to your question is : No, Malcolm X Day is not(yet) recognized by the state and local government as an “official” holiday.

The real answer is, you and all citizens can celebrate which ever holiday we deem to celebrate; it is not necessary to be given “permission” to do so.   Malcolm X Day is one of those days that definitely needs to be celebrated; his life, his thoughts, his change and his impact is something that we should pay tribute to despite what the “official” calendar says.   So on this day May 19th, we celebrate intelligence, wisdom, unity, strength and forward progress as a community. On this day we work toward making a real effort to do better , to have more impact and to improve the conditions of our community.   We do so for our future and in honor of Malcolm X!

Now, we are not as offended by Malcolm X as some of our readers might think. He was certainly a mixed bag with respect to the promotion of positive race relations, but what he did have as part of his message was self-reliance in the black community – and that’s as laudable today as it was when he preached it in the mid 1960’s before he was murdered, allegedly by other members of the Nation of Islam.

That having been said, Malcolm X is fairly clearly a divisive figure – every bit as much, one might certainly argue, as P.G.T. Beauregard was.

And one would suspect Sharon Weston Broome has an inkling of this.

Which makes it a little peculiar that Sharon Weston Broome puts her name on a proclamation making Friday Malcolm X Day in Baton Rouge on the same day she puts out an open letter decrying people who are divisive and hateful and cause strife in the city. That’s a little bit of a tough circle to square.

We suppose the lesson is that “divisiveness” is in the eye of the beholder.

Interested in more news from Louisiana? We've got you covered! See More Louisiana News
Previous Article BATISTE: Mitch Landrieu And His Fountains Of Delusion
Next Article HARTMAN: Thanks To Mitch Landrieu I’m Done With New Orleans