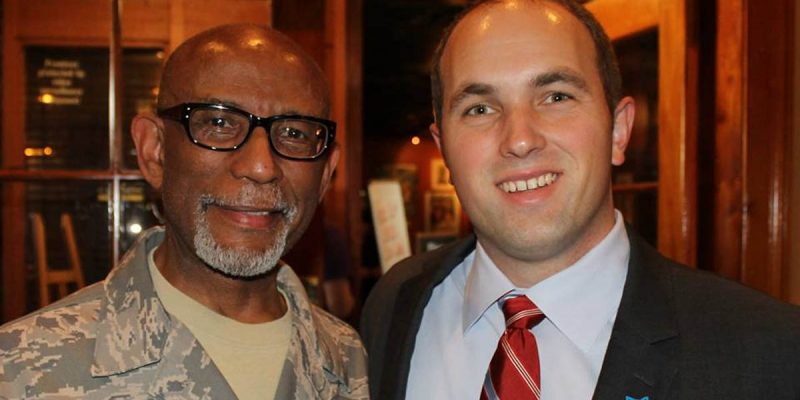 Real estate agent Dwight Hudson (that’s him on the right in the photo above with Elbert Guillory), a Republican who is brand-new on the Metro Council after winning an election to replace Joel Boe’ last year, is beginning to emerge as the leader against the idea of taxpayer dollars funding the hopelessly corrupt and quite obviously criminal East Baton Rouge Council On Aging. Hudson is bringing a measure before the Metro Council which won’t win him many friends across the aisle – he’s trying to de-fund the COA and its ne’er-do-well director Tasha Clark Amar.

Hudson’s ordinance would place the measure on the Nov. 18 ballot. If approved by voters, it would rededicate the estimated $8 million a year the millage is expected to generate to “senior services,” which Hudson says would be provided by an outside agency.

“I see this as a middle ground,” he says. “We’re not trying to take money away from seniors. We just want to make sure it is spent wisely.”

Hudson says he’s not sure which agency or agencies would provide the services currently provided to local seniors by the COA. But he suggests the parish could contract with St. Vincent de Paul to handle the Meals on Wheels program, and that it could farm out other services to other area COAs.

“Those are details we’ll be working out in the coming weeks,” he says.

Hudson said he brought the ordinance after a bill by Reps. Steve Carter, Paula Davis and Franklin Foil that would have restructured the East Baton Rouge Council On Aging’s board of directors and in all likelihood sent Amar packing failed in the House Municipal, Parochial and Cultural Affairs Committee on a party-line vote. That simply wouldn’t do for Amar’s allies in the North Baton Rouge Democrat machine, so there was warfare in the committee room that day.

But Reps. C. Denise Marcelle, a COA board member, and Pat Smith, both Baton Rouge Democrats, called the effort “divisive,” and opposed the bill along with roughly a dozen seniors who attended the committee. Two seniors who are clients of the COA testified, along with the agency’s chief operating officer, Shontell LeBeouf. Marcelle did not recuse herself from the vote, despite the fact that she serves on the agency’s board.

“If that had passed and we had been able to get the right people on board, this would be unnecessary,” Hudson told the Baton Rouge Business Report.

There has already been a large pile of BS dumped on Hudson over the measure, and there is bound to be more. He’s going to be called “divisive” just like Carter, Davis and Foil were when Marcelle had her opportunity to carry Amar’s water, and it wouldn’t be a surprise if Marcelle came down from the Legislature back to her old stomping grounds at the Metro Council to throw a fit. The five Democrats in that body have already staged a walkout over the question of the Metro Council levying the tax, so giving the voters a chance to divert the funds someplace else will send them into orbit.

Let’s hope the 7-member Republican majority is willing to show some sand and stand behind Dwight Hudson. He deserves a win for fighting against corruption.