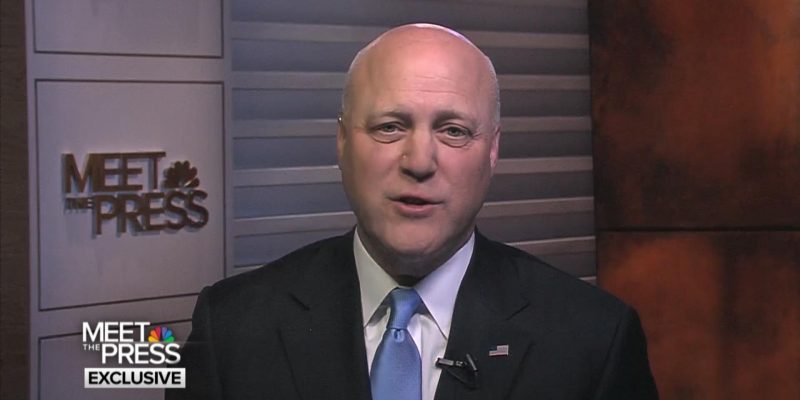 Did you catch what Mayor Landrieu said on NBC’s Meet The Press? The segment was bumped but was posted online.

“The monuments that were in place were really signs of oppression for 67 percent of my city that is forced to walk by them and I find that morally offensive.”

Mr. Landrieu is obviously referring to New Orleans’ black population which before Katrina came in at 67 percent and now sits at approximately 58 percent.

Mr. Landrieu’s  assumption that 100 percent of blacks living in New Orleans support his erasing history is insulting. How he can possibly know what a man thinks just because of the color of his skin? Does he believe 100 percent of white New Orleanians oppose the monument’s removal?

The thing is, Mr Landrieu and his obsequious friends in the media are dead wrong when they assume those opposing the removal of historic monuments also support the confederacy. This is how the left rolls. It frames debate by limiting options and putting differing opinions in a box.

For example I am a pasty, pale, white man with Irish blood flowing through his veins and I am thrilled the Union beat the Confederacy and put an end to slavery. I am also incensed Mr. Landrieu removed the monuments. I am not alone.

The Civil war is the biggest stain on our country’s otherwise impressive history. It was an awful time and while much of the world population for centuries has allowed and still does allow slavery, America was supposed to be better than that. We weren’t. We failed to see that all life is precious, equal, and deserving of freedom, honor, and respect.

We are the only nation ever founded for the sole purpose of human freedom. Slavery was not supposed to be a part of the plan.

These monuments are a testament to the fact that during our worst time we overcame and became one again. We healed even though we were deeply divided sometimes brother against brother. These monuments, despite what Mr. Landrieu will tell you, are not about condoning, promoting, or honoring the confederacy. They are about remembering our nation’s greatest accomplishment. Healing herself. Uniting despite the deepest and strongest of divisions.

Mr. Landrieu’s claim that 100 percent of black New Orleanians see those four monuments as signs of oppression is specious. Blacks, whites, and Americans of all races should see the monuments as a reminder of us coming together during our darkest hour to overcome and once again become one nation under God, indivisible, with liberty and justice for all.

Interested in more news from Louisiana? We've got you covered! See More Louisiana News
Previous Article APPEL: Are “Washington-Style Politics” Taking Over In The Louisiana Legislature?
Next Article Will Louisiana Follow Texas With Sanctuary Policy Prohibition?