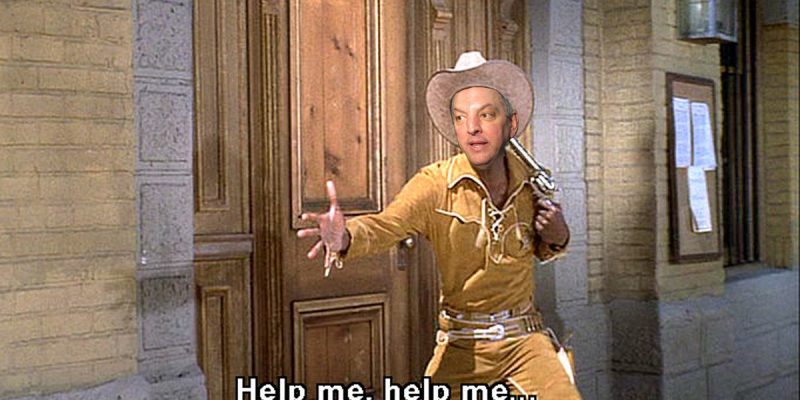 Two interesting developments this week at the legislative session going on at the Louisiana Capitol have made for a fairly entertaining bit of chaos, as it’s starting to look like virtually nothing Gov. John Bel Edwards wanted to get out of this year’s proceedings will actually happen.

First was a Democrat revolt over HB 3, the bill establishing funding for the state’s capital outlay projects by authorizing the sale of bonds…

House Bill 3 — the measure needed to fund state construction projects — needs 70 out of the House’s 105 votes to pass. The lower chamber can’t get to that number without at least six Democrats — and likely more — supporting the legislation. The House has 61 Republicans, 41 Democrats and three lawmakers not affiliated with a political party.

Only one Democrat, New Orleans Rep. Neil Abramson, supported the state construction funding bill in the 56-40 vote. Abramson, who was sponsoring the legislation, often votes with the House Republicans over Democrats.

“For the better part of the last decade, Republicans led by a Republican governor, created a fiscal mess that continues to plague the state. This session, that same Republican majority has voted for a budget that says no to veterans, no to seniors, no to mental health services, and no to abused children who desperately need services from state government,” said Rep. Gene Reynolds, D-Minden, and Rep. Joseph Bouie, D-New Orleans, in a joint statement after the Democrats blocked the vote. Reynolds is head of the House Democratic Caucus and Bouie is head of the Black Caucus.

Remember that statement when you hear all the caterwauling about how “Washington politics has come to Louisiana.” What this is really about is a complaint that the House Appropriations Committee, chaired by Rep. Cameron Henry, is overwhelmingly Republican and doesn’t offer very many pork projects to the Democrats (we’ve been told, though haven’t seen specific evidence, that in particular Appropriations has been pulling state dollars out of Orleans Parish in a willy-nilly fashion in this session – if true, that could be the real reason for the revolt).

Here was Rep. John Schroder, who didn’t vote for HB 3 either but for different reasons, supplying a Republican response to the controversy…

“It’s evidence the House is totally dysfunctional. This is an initiative that has broad bipartisan support, we have only two weeks left in the session and their lack of action is surprising,” he said. “To let those bills just sit there when they still need to go through the process on the Senate side is disheartening.”

But the governor’s office expressed no such condemnation with the House Democrats’ earlier block on the state construction budget. In a separate interview, Edwards said the Democrats’ move Wednesday was not his idea, but he voiced support for it.

Meanwhile, Rep. Tanner Magee, who isn’t a Democrat but plays one on the House Floor, gave a speechlet most people probably wouldn’t agree with (though as we’ll see shortly Edwards probably does)…

On the House floor, Magee called on his colleagues to put good policy before politics.

“This is the most important thing we’ll do this session. It’s more important than HB3, HB2, and HB1,” he said, referring to the full legislative package. House Bill 1 is the state budget legislation. “We need to come together as a body, and let the wounds of what’s been going on heal.”

There is, to a degree bipartisan support for the criminal justice reform package, if perhaps a lack of enthusiasm for it, and the likelihood is that it will pass when it’s taken up again on Tuesday. But Magee’s statement that it’s more important than passing a budget or the capital outlay bill is sheer idiocy. There isn’t a lot of polling on this question that we’ve seen, but our sense is that with New Orleans’ murder rate up 70 percent and Baton Rouge’s murder rate up 80 percent, with similar alarming increases taking place in some of the state’s other metropolitan areas this year, the average voter places a low priority on bills designed to let crooks out of jail and facilitate government benefits to them as they transition back to society. Those might be good policies, but outside of Tanner Magee and whoever he’s carrying water for with that statement you’ll search far and wide to find non-invested people who really care that much whether the criminal justice bills pass this year. And from the Republicans’ standpoint, after the HB 3 histrionics there are a bunch of them saying, “Fine. We didn’t want to vote for this s**t anyway.”

And who’s Magee carrying water for? Perhaps this guy…

Gov. John Bel Edwards is threatening to veto Louisiana’s state operating budget bill if it looks like the version crafted by House Republicans.

The Democratic governor Thursday repeated his description of the House-backed spending plan as a “non-starter.” But he went further, saying he would reject the document entirely if it arrived in the form it passed the majority-GOP House.

Edwards doesn’t expect the Senate’s version to look like the House-proposed plan. Senate Finance Chairman Eric LaFleur says senators have been told the governor would veto a budget that looks like the House version.

The House proposal would leave $206 million on the table, to hedge against its expectations income forecasts are too rosy. Edwards says that would force unnecessary, harmful cuts on health services, prisons and other programs.

Vetoing the budget isn’t what one would term a “smart” idea, though without delving into the details there are some advantages to Edwards’ agenda of spending more money in operating without one. Realistically, though, it’s an idle threat. For one thing, Edwards doesn’t want to not have a budget, he wants a larger budget than the House is giving him. And politically, vetoing a budget because it basically constitutes a 2.5 percent cut from what the state was projected to spend gives the Louisiana GOP a very generous gift; it creates the narrative of “Look at all the screaming over a 2.5 percent cut these people are doing – did they care one bit that you’ve had to tighten your belt given the lousy economy Obama created for us?”

What he’ll do if it he does end up vetoing the budget is to call a special legislative session to begin as soon as this one ends in order to get a new budget. But if he thinks that tactic will produce better results than he’s getting now, he’s kidding himself.

We’re reminded of the scene in Blazing Saddles where Cleavon Little’s character, confronted with the racist citizens of Rock Ridge where he’s just been named the sheriff, staves off a lynch mob by holding himself hostage. The scene, which is a little on the politically incorrect side for today’s sensibilities (which is one reason Blazing Saddles is a lot funnier than any movie made in the past decade or more), is here…

The thing is, the Republicans in the legislature are a little more sophisticated than the rubes from Rock Ridge, and furthermore they’ve all seen Blazing Saddles, and they know in that movie the governor is a moron. They’re not any more impressed with Edwards’ budget-veto threats than they are with the Democrats’ attempts to kill the capital outlay funding bill.

That’s not to say Edwards won’t get anything he wants in this legislative session. He probably will. It is to say these idiocies don’t help his bargaining position in the least.