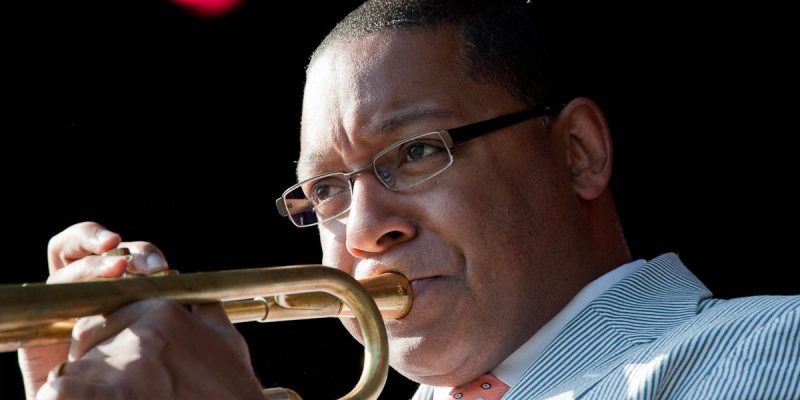 Wynton Marsalis came to Aspen a few years ago, and I was walking around campus with him, and we both had been asked to be on the Tricentennial Celebration Committee for the city of New Orleans. I said, “I’ll do it if you do it.” And he said, “Yes, but one favor: Help me make them take down Robert E. Lee.”

Isaacson said, “Wynton, I’ve driven around Lee Circle thousands of times. I’ve never paused to even think about or worry about who was on top of that pedestal.”

And we were walking through the marble garden, and he stopped and he looked at me and said: “We do. We think about it every time we go around it.”

Isaacson’s story brings new insight in to the push to remove the monuments.  Wynton Marsalis is a musician who was born in New Orleans but moved away to pursue a music career.  And Marsalis thinks that from 1,300 miles away, he not only has his finger on the pulse of New Orleans, but he knows what’s best for the city he has not lived in in nearly 40 years.  So now that the scars are ripped open and the empty pedestals pollute New Orleans, Wynton went back about his life in the Big Apple, meanwhile the Big Easy was torn apart on a highly emotional issue and remains divided.

Keep in mind these two, Marsalis and Isaacson, submitted Op Eds to the Times Picayune and Advocate in 2015 calling for the monument removals.  Isaacson, a biographer, lazily parroted Marsalis’ claim that Robert E. Lee was never in New Orleans, a well refuted lie that an historical biographer never researched.

Wynton Marsalis and his brother Branford are said to be among Mitch’s anonymous donors who picked up a small portion of the growing cost of removing historic artwork.  Meanwhile they left more than a million dollars to be absorbed by the taxpayers of their former city.  Taxpayers, people who have to live with the ever present violence and crime, people who know the needs of New Orleans much better than the Marsalis brothers.

A stubborn tradition of entrenched segregation and generational prejudice has stifled the development of a diverse, productive social and business environment that should have naturally evolved from our hybrid culture and unique cross-cultural creativity. The pernicious effects of this legacy are clearly evidenced by gross inequalities in everything from education to housing, to employment and access.

This was written by a man who comes from a large family of successful people.  Drive on River Road in Jefferson Parish and see the plaque for the Marsalis Mansion Motel.  Wynton’s grandfather, a Mississippi native who moved to New Orleans in 1927, ran a motel that serviced African Americans during segregation.  They did well.  The Marsalis Mansion Motel had customers such as Martin Luther King Jr. and Ray Charles.

Wynton Marsalis claims the monuments caused inequalities, but he and his family have been extremely successful during their time in Greater New Orleans.  Their success is why they are well known.  The Marsalis family actually took advantages of the segregation period and made money–and a name for themselves.  Yet Wynton cries stories of prejudice and segregation as if his family struggled, when in reality they thrived.

This is a second reconstruction.  A northern interest, Wynton Marsalis, infused himself in local politics, manipulating a term-limited politician, Mitch Landrieu, who was thirsting for acclaim and looking his next job, into tearing down actual history of the city of New Orleans in the name of community…and Marsalis did it while separated from New Orleans by nearly 40 years and 1,300 miles.  Those are the actions of a traitor to both his city and to being a professional artist.  Wynton Marsalis is a musician who politicked to remove art.