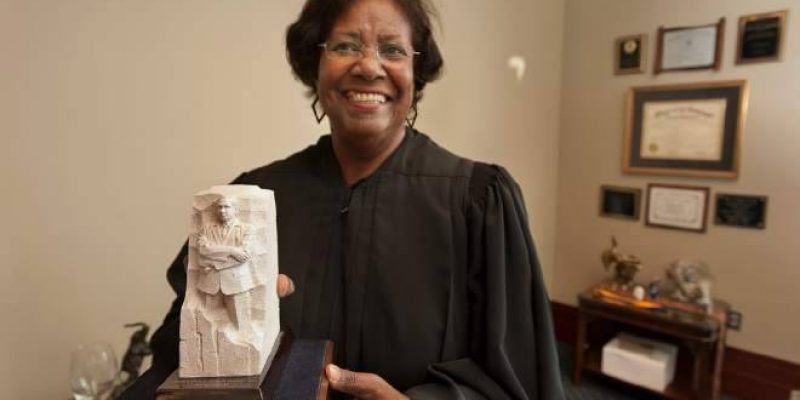 It’s been over a month since its filing, but District Judge Janice Clark has finally recused herself from her daughter’s defamation lawsuit. Tasha Clark-Amar, head of the Council on Aging, is said to have abused her power by weaseling her way into Helen Plummer’s will. Namely, that she’d receive $120,000 to oversee the 95-year-old’s estate – a robust compensation of $500 per month for the next 20 years.

Helen Plummer’s family members have been open with the public regarding the suspicious nature of her actions, asserting that Clark-Amar took advantage of her. Subsequent to such accusations, The Advocate reports of Clark-Amar’s claims that these people have caused her emotional distress, medical and pharmaceutical expenses, etc. and that she is now suing the family for reimbursement. Apparently the $500 monthly payments aren’t enough.

Now that her mother has recused herself from the lawsuit, it’s been passed down to the last remaining judge who hasn’t recused himself from this defamation case: District Judge Donald Johnson.

Sigh of relief? Not so fast. Johnson was arrested in 2001 for first-offense DWI, but was eventually acquitted. His lawyer claimed that the results of his breath test were flawed, so the results were thrown out by none other than the infamous City Court Judge Trudy White. In 2003, he ran his SUV into a pole and fled the scene, and on this occasion was cited for misdemeanor accounts of hit-and-run, failure to maintain control of a motor vehicle, and driving without proof of insurance.

In addition to his criminal record, his Ballotpedia profile reveals that the Louisiana Judiciary Commission recommended that Johnson be censured for improperly ordering people convicted of crimes to pay fines to over 30 private organizations – like the Southern University baseball team and the Baton Rouge Zoo, for instance. He also allowed his former judicial assistant to work for a federal agency while employed by him, for which the commission recommended the Louisiana Supreme Court censure him. According to the panel, both of these actions violated the Code of Judicial Conduct.

Judge Janice Clark may be officially off the case, but we still hope this won’t turn out to be another demonstration of the shady activity in Louisiana’s judicial system. It’s unfortunately becoming all too familiar.

Interested in more news from Louisiana? We've got you covered! See More Louisiana News
Previous Article The City Spent $173,000 Just On Police At The Confederate Monuments
Next Article Don’t Look Now, But Will Wade Just Finished Up A Top 16 Recruiting Class In Two Months