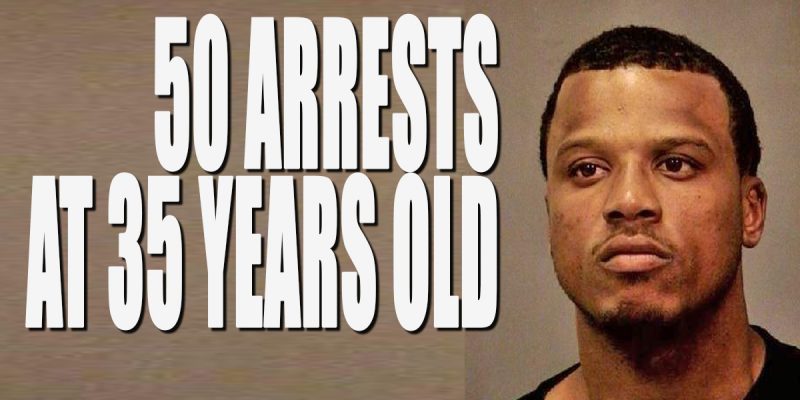 The criminal justice system is broken. It doesn’t work, protect us, or keep bad people off the street. It is woefully inadequate. It cost lives.

Consider the case of Ken Antoine Bardell. Since 1998 he’s been arrested more than 50 times. That is not a typo.

His latest came Saturday in St. John Parish during a traffic stop when deputies found a significant amount of marijuana and Ecstasy in Bardell’s car. Then they searched his home and discovered 15 individually wrapped bags containing 2 grams apiece of marijuana, a separate large plastic bag of 7 grams of marijuana, 135 doses of Ecstasy and 6.8 grams of methamphetamines. As Gomer Pyle used to say surprise, surprise!

Anytime you do something 50 times you would think you would be good at it. Mr. Bardell proved otherwise Saturday when he was caught on tape during his arrest attempting to bribe sheriff’s deputies. Oops. Bardell offered them $200 to let him go.

Mr. Bardell probably offered the bribe knowing he currently has several open cases pending against him.

Don’t be fooled thinking most of Mr. Bardell’s 50 plus arrests came as a result of running stop signs or speeding. No, he’s a big-timer and has been charged with attempted murder, armed robbery, aggravated battery, weapons and drug charges. He’s run from cops, resisted and assaulted them.

As of this writing he is still in custody at the St. John The Baptist parish prison held on $76,000 bond.

Bardell is 35 years old and his 50 plus arrests are the ones we know about as an adult. What do you think the chances are this violent, life long, drug dealer also has an extensive arrest record as a juvenile?

Bardell offers up the perfect illustration as to how the criminal justice  system is broken. No need for fancy studies and extensive data. Sheriff’s deputies arrested a guy for the 50th time Saturday night is all you need to know.

Interested in more news from Louisiana? We've got you covered! See More Louisiana News
Previous Article Clay Higgins Might Have Stepped In It, But We Bring You Gary Chambers’ Reaction…
Next Article It’s Time To Talk About The Long Family And The Louisiana School For Math, Science And The Arts