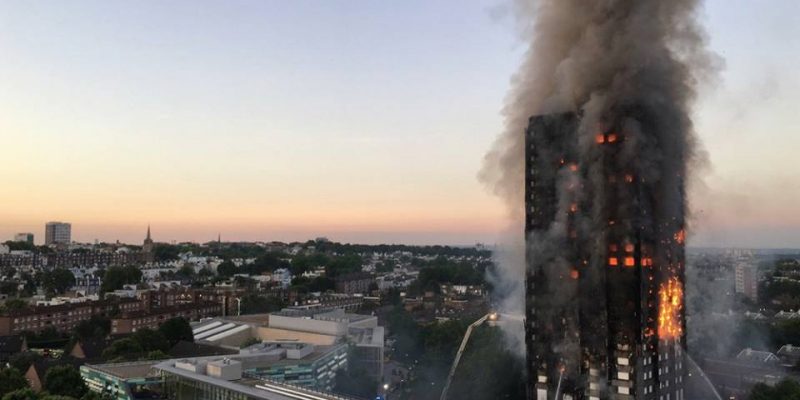 The fire that erupted in Grenfell Tower in the U.K. on June 14, which left at least 79 people dead, sparked an emergency safety test of all government housing towers in Britain – and the results are not pretty. It’s confirmed that all 75 high-rises that have so far been tested for fire safety have failed. The cladding on all of these buildings that have been tested so far is highly combustible.

Sajid Javid, minister for communities and local government, claims that the evacuation and testing was not only due to the cladding but also because of “many other ‘fire safety failures,’ including missing fire doors, insulation used on gas pipes and plywood used above doors,” The New York Times reports. In addition, hospitals and schools will be tested for similar issues.

The New York Times additionally quotes John McDonnell, who is the spokesman on economic issues for the British Labour Party, on the matter. He said that those killed in Grenfell Tower had been “murdered” by “political decisions” made over recent decades.

A spokesman for the Association of British Insurers claims that the association has been “calling for the U.K. government to review fire regulations since 2009,” and many have suggested to the government the dangers of the cladding used in the government housing projects.

And because of these mistakes, the British government is looking at a £600 million bill for replacing all the hazardous cladding. That is, for the towers which have already been checked. Apparently there’s still over 500 left. They’ve also set aside some money for the residents who have been forced from their homes to stay in hotels for the time being, according to The Telegraph. All of this in addition to the money it’s dished out to the victims of the Grenfell Tower victims, which was £1.5 million.

Seems like an expensive endeavor, especially for something that was intended to be a cheap way to provide government housing. McDonnell criticized that decision in particular, claiming that “The decision not to build homes and to view housing as only for financial speculation rather than for meeting a basic human need made by politicians over decades” is one of those that contributed to the “murder” of those in the Grenfell fire.