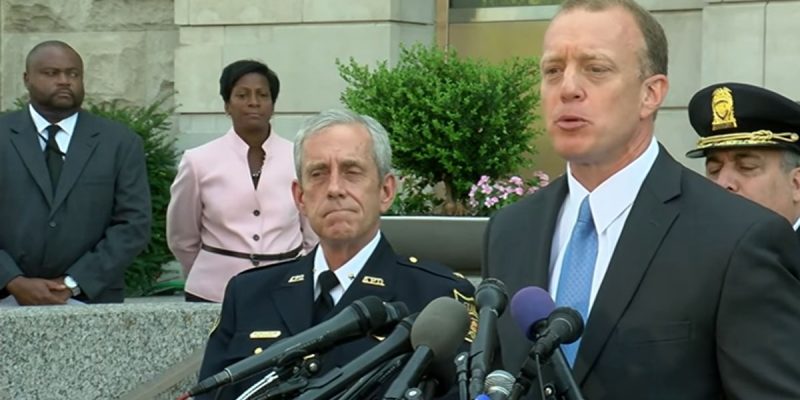 Did you pay attention to the FBI’s briefing yesterday on their investigation of would-be Congressional assassin James Hodgkinson? If you didn’t, prepare to be a bit confused.

So according to the press conference…

…and several other factors all pointing in that direction.

And yet, the FBI tells us this was more of a “spontaneous” attack not indicative of a plan. The Federalist’s Mollie Hemingway is beside herself with disbelief at what Andrew Slater, head of the FBI’s Washington field office, would have us believe…

So what does the FBI decide this information means? Well, the takeaway of the briefing was characterized well by the Associated Press headline about it: “FBI: Gunman who shot congressman had no target in mind.” The Associated Press reported the FBI:

To say this is ridiculous is to take it too seriously.

The FBI also said there was no “nexus to terrorism” in the attempted mass assassination of Republican leadership by a Democratic activist. The claim that tourists take pictures of a a completely unremarkable baseball field in a tiny neighborhood also seems odd, particularly when the pictures were taken a few days after The New York Times reported that Republican members of Congress practice baseball there with little security. Someone going by the moniker “Yoenis Cespedes” wrote, “As a guy who could arguably be called a reconnaissance manager when he was in the Army, this is reconnaissance.”

Oh, and here’s a little tidbit that didn’t interest many people in the media beyond a brief mention in the last paragraphs:

Hodgkinson also visited the office of Vermont Sen. Bernie Sanders, whose campaign he had worked on as a volunteer, and was in email contact with the two Democratic senators from his home state.

As one Twitter wag put it, “You’d think “Congressional Shooter Visited Actual Capitol Hill Offices” would be kinda a big deal and you’d be wrong.”

Hemingway notes that what’s especially irritating about all this is the fact we know how the whole thing would go down – both in the media reporting and the public announcements accompanying the investigation – if Hodgkinson had been a Tea Party activist who’d dropped in on Ted Cruz’ offices before shooting up the Democrats’ congressional baseball team. And she’s right.

But what’s most unnerving about this is the FBI’s playing along with what is obviously a whitewash of the shooter’s motive for political reasons. To what end? Nobody is blaming the Democrat Party for Hodgkinson’s actions, though lots of people are noting that the behavior of many of the Democrats’ political figures is contributing to a culture of extremism on the Left in this country. That narrative is no more or less valid regardless of what the FBI says about it, so making some obvious connections in an attempt to give the public an honest accounting of why one of its most prominent elected officials is sitting in a hospital with months of rehabilitation ahead before he can walk again isn’t exactly a lot to ask.

James Hodgkinson clearly surveilled targets in Washington after conducting some semblance of tactical training in preparation for a mission of violence. Hodgkinson made lists of potential enemies that he kept around. He visited congressional offices of those he saw as allies. He kept a deliberately low profile by living out of a van for more than two months. He made online threats of a relatively vivid nature. And on the morning he attempted to assassinate two dozen members of Congress he actually inquired whether the men on that field were Democrats or Republicans.

There is nothing to be gained for the FBI not to admit this was a politically motivated assassination attempt. That Hodgkinson acted alone isn’t a particularly difficult prospect to make people believe; most of us can buy that he was radicalized online through social media and other digital means. And of course he was unhinged – sane, well-adjusted individuals don’t try to pull off assassinations of political leaders. But it’s an insult to all of our intelligence to dismiss Hodgkinson’s motives as unknowable when they’re clearly this obvious.

Hemingway accuses the FBI of “trolling” the American public. She’s not wrong. Hopefully this is just an attempt to admit what we all know without saying the words rather than an in-your-face declaration that Republican lives don’t matter.

Interested in more national news? We've got you covered! See More National News
Previous Article The Senate Has Its Health Care Bill, Here’s What Is In It
Next Article College Professor On Steve Scalise And Other Shooting Victims: “Let Them F***ing Die”