Mitch Landrieu is a very busy man. He is off telling other mayors how to be leaders, tearing down statues that evoke memories of a dark and racist era, and basking in the heaping praise of Democrats from around the country.

There is a price to pay when you’re this busy: some of your responsibilities tend to fall by the wayside. One such responsibility is having your police force maintain law and order enough for New Orleans to avoid blackouts. 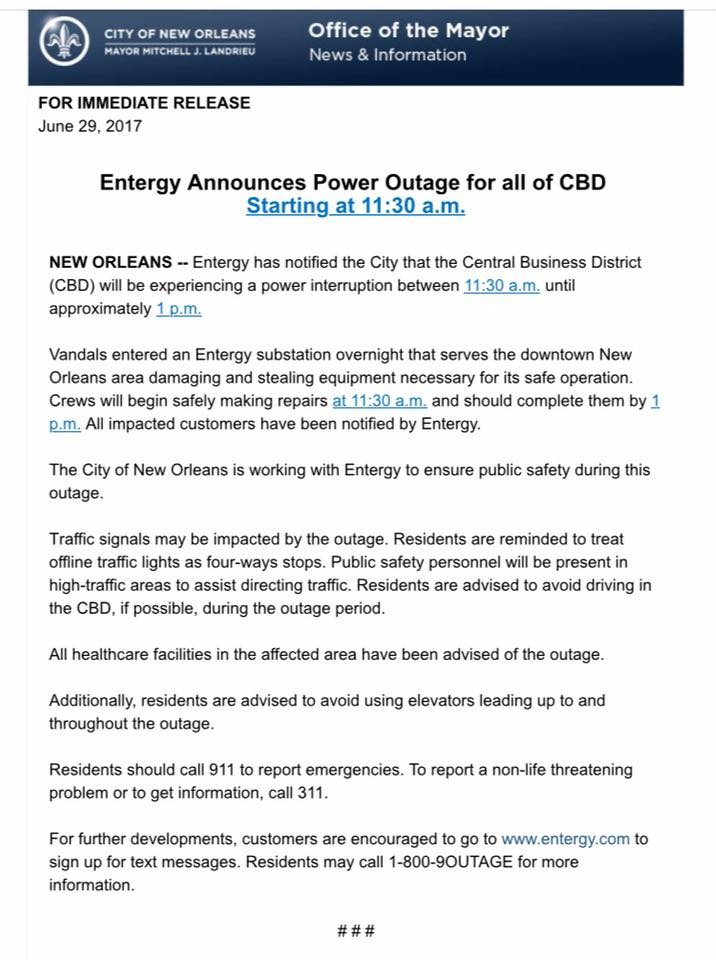 Crime is spiraling out of control in New Orleans, and this far and away the least deadly of the crimes committed in the city this year, but as much as Landrieu would love to consider himself a leader, people are getting shot daily and now ground rods from substations are being straight-up robbed by maniacs.

Keep in mind that these are people who saw several hundred pounds of copper that could very well have been electrified if there was a short in the substation. Either this is luck or someone has decided to take Ocean’s 11 beyond Las Vegas.

Sure, one and a half hours of downtime isn’t that much when you think of it in terms of time. But, we’re talking about a piece of equipment that is so important power had to be turned off to make repairs, and someone just took it without any real trouble.

Perhaps if Landrieu weren’t so busy building a national platform, and focusing on the real areas of concern in his city, this could have been prevented. Right now, areas of New Orleans are little more than bastions of chaos, in which law and order simply don’t exist. That is an absurd condition for a city like New Orleans, which thrives on tourism as much as it does anything else.

If this chaos continues, New Orleans will lose a lot from people deciding their lives aren’t worth risking just for some history, jazz, and beignets.