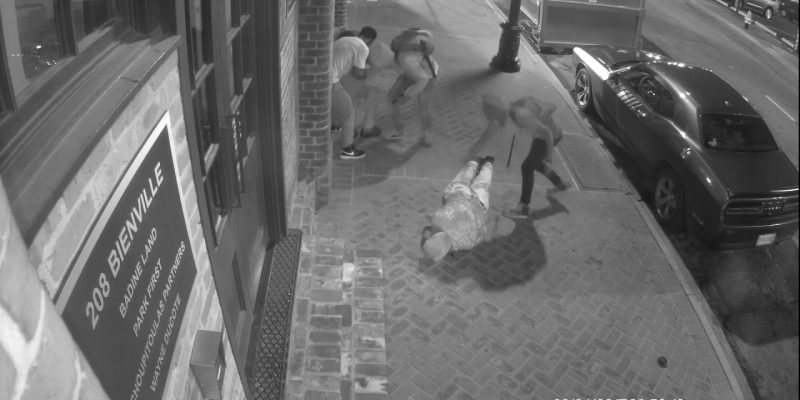 The recent mugging of two tourists visiting from Boston for a church convention has dealt a major blow to the reputation of New Orleans and specifically the French Quarter. Millions have now seen the disturbing and brutal video of the attack.

FOX, CNN, ABC, CBS, and NBC News have all played the video of the French Quarter mugging. That’s led to hundreds of local TV stations across the country that depend on major networks for video also playing it. Then when you add social media formats like Facebook and YouTube, the video and its impact on the reputation of New Orleans is staggering.

Peter Scharf, a criminologist at the LSU School of Public Health and Justice told WVUE the recent attack of two tourists caught on video tape highlights just how dangerous the Quarter has become. He said he considered the Quarter no longer safe.

When a respected criminologist declares an area no longer safe it should get our attention. Especially when that area is the life-blood of the city’s tourism industry.

Another disturbing aspect of the recent mugging is where and when it happened. Bienville Street at nine in the evening should be safe for locals and tourists alike. It’s not like the attack happened on some darkly lit back alley on the edge of the Quarter at 4 in the morning.

“If you can’t protect 208 Bienville Street, where can you protect?” said Scharf. “That’s what the average guy in the street is saying.”

And what’s worse, on Monday, just two days after the highly publicized video taped attack, another tourist, also from Boston, had his jaw broken after he was mugged by five men on the corner of Canal and Bourbon.

Scharf told WVUE, tourists and convention organizers have taken notice of the violent crime that keeps happening in the French Quarter. And if the trend continues and the city’s murder rate increases, Scharf believes the tourism industry will decline.

“The country now is again gaining awareness of what the violent crime realities are here and the risks of something happening to them,” he said. “I think you’re close to a tipping point in the wrong direction.” Scharf said.

Kristian Sonnier, with the New Orleans Convention and Visitors Bureau, told WDSU his agency has received several questions from those concerned about safety in New Orleans but says as of yet no cancellations.

French Quarter crime is more than just media hype. It’s real. Look at some of the local headlines generated from French Quarter violence just this past month alone.

“Man accused of pointing gun at, trying to rob victims in French Quarter”

It doesn’t seem to matter where you are these days in New Orleans. The interstate, French Quarter, Uptown, Downtown, or Central City.  When you spread more than 700 shootings around in less than a year, no area is safe.

Mayor Landrieu seems more interested in talking about global warming and racism than his city’s crime problem. Recently Cedric Richmond, who represents New Orleans in Congress, threatened to fight a fellow congressman during a hearing unless he stoped talking about all the violence in the Crescent City. It doesn’t really matter how much Landrieu, Richmond, or other leaders ignore the problem, violence has risen to such a level in New Orleans, keeping it a secret is no longer an option.

Interested in more news from Louisiana? We've got you covered! See More Louisiana News
Previous Article BAYHAM: The “Broken Statue” Mentality And The Bienville Street Muggings
Next Article Mitch Landrieu Has Let Crime Get So Bad He Literally Can’t Keep The Lights On