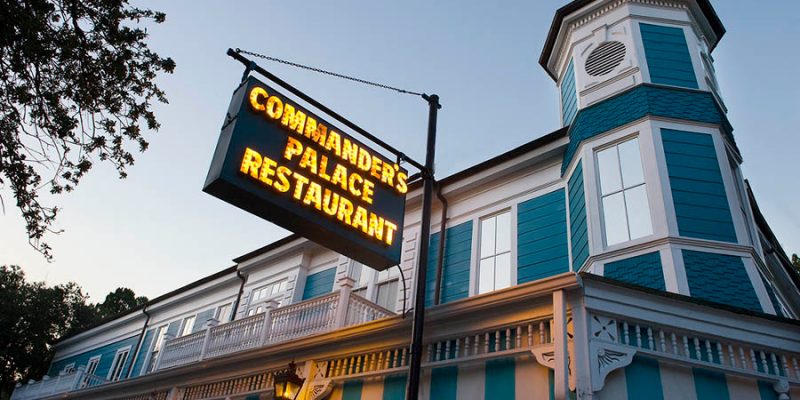 It is no secret that crime is out of control in New Orleans. But crime has gotten so out of control that not even a trip to Commander’s Palace is safe.

Customers at Commander’s Palace were robbed at gunpoint on Monday. The robbery took place a block away from the restaurant.

According to Fox 8, the Garden District Security District said it was flagged down at 11PM by the Commander’s Palace security officer. There, two men and two women said they got robbed by a man armed with a handgun with an extended magazine.

The robber jumped out of a black Chevy Tahoe and demanded their belongings. The victims handed over wallets, purses, cell phones, and watches. The robber was wearing a black bandana.

One of the neighborhood residents points out that where the robbery took place is a well-lit section. It made the attack more brazen. “This corner is pretty well lit, so it’s pretty brazen for this to happen in this neighborhood, but it’s part of the bigger problem across the city that needs to be addressed,” said Jim Wood, a neighborhood resident who was interviewed by Fox 8.

Wood also complained about a lack police presence in the neighborhood. ““As usual our local police force is understaffed and probably overwhelmed so like most places in the city, you don’t feel like there’s adequate policing,” Wood said. The Hayride previously reported that the Metropolitan Crime Commission blamed Mayor Mitch Landrieu for the lack of policing.

However, some residents said something that might peak the interest of Mitch Landrieu. One resident expressed fears that this armed robbery could damage tourism. “It’s frustrating especially since this area gets so many tourists. I mean, at what point are the tourists going to stop coming to the city because they’re afraid for their safety,” said Wood.

This armed robbery is part of a rash of 21 armed robberies being investigated by the NOPD. So far, no arrests have been made.

Interested in more national news? We've got you covered! See More National News
Previous Article Yet Another Example Of How Crooked The East Baton Rouge Council On Aging Is
Next Article Steve Scalise Takes Credit As U.S. Oil Exports Double