Governor John Bel Edwards is trying to spin the budget he’s expected to sign into law as a big win for both him and the state. Here’s a meme that his office sent out trying to promote his budget. 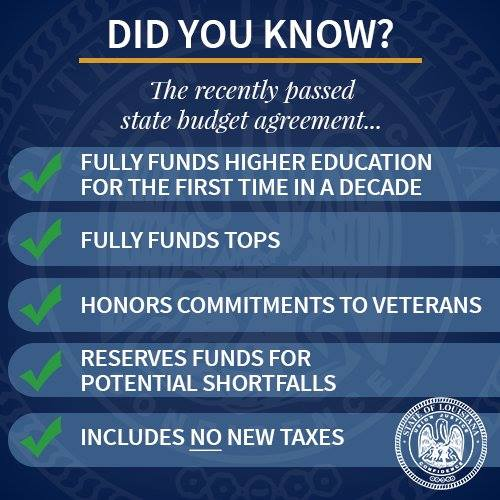 JBE is trying to spin this budget as something that he was all for. He does have a point on that part. After all, the Democrats won the budget battle.

But this meme is just spin. Here’s the truth about all five of these points.

What the budget contains is a $100 million spending increase before we head into a “fiscal cliff” caused by the expiration of a 1 cent sales next year. It is insane. State Sen. Conrad Appel points out that the budget also contains some gimmicks involving the postponement of payments to medical providers.

John Bel Edwards is living in a fantasyland when he talks about the state budget. He wants to pull the wool over your eyes. Don’t let him.