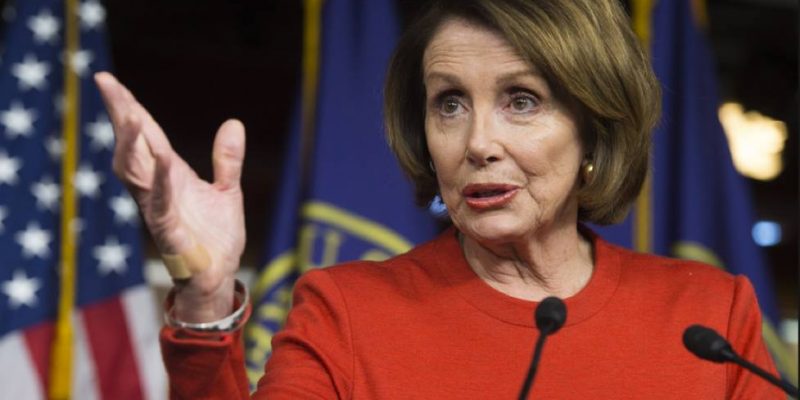 Subsequent to yesterday’s shooting of Rep. Steve Scalise and others, President Trump has spoken out about how “we are strongest when we’re unified.” And yesterday in the House of Representatives, it seemed as though harmony might just be possible, as both House Majority Speaker Paul Ryan and House Minority Leader Nancy Pelosi spoke in serious but empathetic tones. Ryan declared that “an attack on one of us is an attack on all of us,” and Pelosi asserted that they were “not one caucus or the other in this house today.”

Unsurprisingly, her unifying message didn’t last for too long.

Today while speaking with reporters, Fox News reports that Pelosi suggested they’re to blame for inflaming tensions. She brought up a case from 2010 when a man, Gregory Lee Giusti, threatened her over the phone. He “recited her home address and warned her not to back ObamaCare if she wanted to see her house again,” according to the article. Pelosi then went on to explain that she had spoken with Giusti’s mother after the incident, who claimed that her son watched a lot of Fox News, and Pelosi alluded to the idea that this was the reasoning behind his actions.

Following yesterday morning’s frightful events, many Republicans are calling for those on the left and in the media to calm down with the sensational political rhetoric. In other words, to stop making melodramatic statements, often completely devoid of fact, just to get a rise out of people. Because that rise turns into something like what happened yesterday, or like all the violent riots we’ve witnessed in the last few years.

But according to Pelosi, such an argument is unsound. “I think that the comments by my Republican colleagues are outrageous,” she said. And of course she rounded out the conversation with reporters by bringing it back to the aggressive phone calls her offices receive. Apparently she’s also a victim in this scenario.