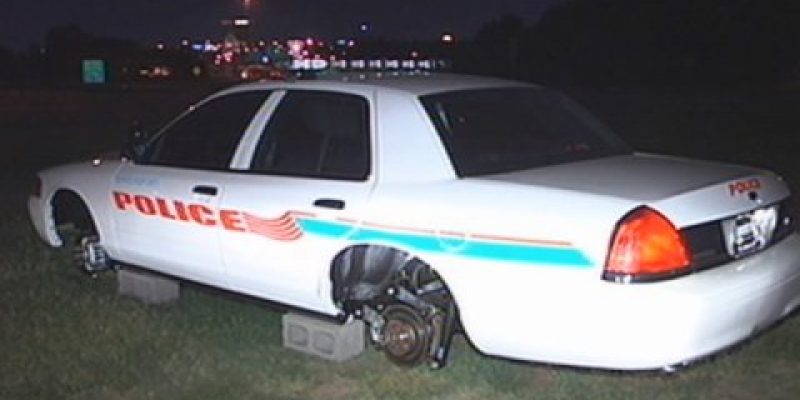 Shreveport’s thieves are about as brazen as they come. A Shreveport police car had its tires and rims stolen. The car itself was left on cinder blocks.

The car was parked at a Stoner Avenue electronics shop waiting to have equipment installed in it.

About six patrol units came out to investigate the scene. Officers dusted the vehicle for fingerprints and reportedly did collect some. Shreveport Police officers on scene tell us that whoever committed this crime must have been pretty bold, but they do plan to find out who is responsible.

“It was pretty brave,” said Shreveport Police Officer, Brian Smith. “Like you said, it is on a main street. It’s right here on Stoner.” “We’re …actually, less than 50 feet,” Smith adds.

Shreveport police have no one in custody.

Shreveport is going through a bit of a crime wave right now, similar to New Orleans. The city saw its murder rate double from 2015 to 2016.