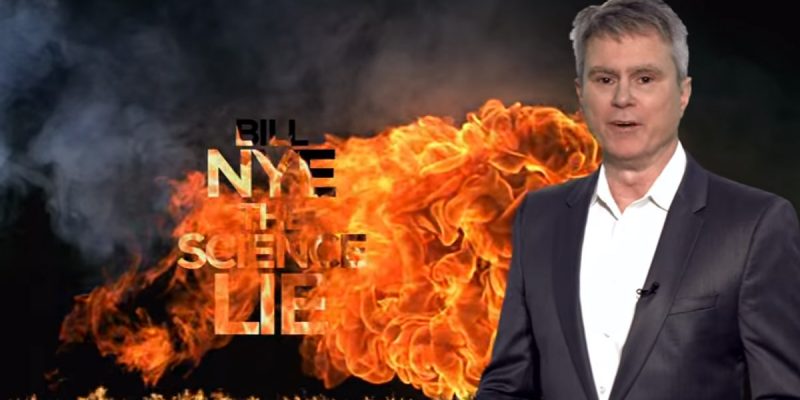 Our readers know we’ve been huge fans of Bill Whittle and his video presentations for a long time, and this one was one of his better efforts. It’s a little bit of an overdue response to Bill Nye The Science Guy and the Netflix series the latter came out with a month or two ago, and it focuses on Nye’s rather obnoxious activism on the topic of global warming – er, “climate change.”

And yes, Whittle exposes Nye as a fraud.

We know this isn’t all that difficult to do. Bill Nye might play a Science Guy on TV, but he’s not a scientist. By training he’s a mechanical engineer, a thoroughly admirable profession which has very little to do with climate science. Bill Nye has no more expertise on that subject, which he ceaselessly prattles on about, than any of us.

And Bill Whittle, who isn’t a Science Guy either but has fairly considerable work experience in scientific environments, takes Nye to task for the endless prattling. And the fundamental dishonesty and politicization of science Nye engages in, which is of a piece with the rest of the “climate change” industry.

Here’s the video, in all its glory…

The takedown of Nye on the subject of climate change is actually quite timely this week considering that President Trump seems poised to pull the United States out of the Paris climate change accord, something the American Left will without a doubt lose its collective mind over. In fact, they already have – the warnings from the “experts,” some of whom have better credentials than Nye but one questions whether that has much meaning given the politicized and debauched state of much of the scientific community, over the damage Trump’s decision may do have already begun.

But the decision on Paris notwithstanding, it’s great to see Bill Whittle bring actual evidence and logic to the table in the debate with Nye and the rest of the Chicken Little crowd. We could use more of that.

Interested in more national news? We've got you covered! See More National News
Previous Article VIDEO: And The Mishandled Outrage On College Campuses Continues…
Next Article It Looks Like Craig Greene Is Going To Be A GOP Candidate For The Public Service Commission…