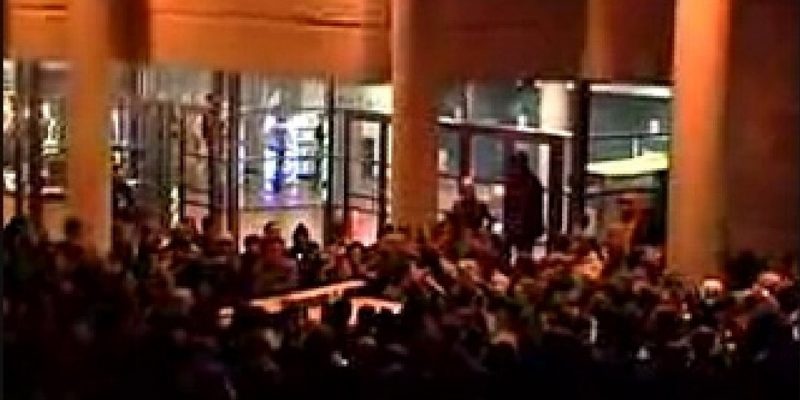 Just when we thought that the absurdity on college campuses couldn’t get much worse, some students at Evergreen State College in Olympia, Wash., reminded us not to lose faith. Videos of yelling, cursing, and “black power” chants surfaced after the school’s Day of Absence and Day of Presence events. What’s on those videos might not be physical brutality, but it’s certainly anarchy at its finest.

Evergreen State is a public liberal arts and sciences college and touts its progressive atmosphere. Each spring, the students and faculty “celebrate” a Day of Absence and Day of Presence, during which they basically spend two days to recognize and appreciate their rich diversity by “honing their discussion” with regard to “the complex and vital issues of race, inclusion, diversity, privilege, allyship and their intersections.” This year, the students essentially turned these “discussions” into protests where they chanted about their “racist” teachers, and they yelled and cursed during meetings with their “white-ass administrators.”

A compilation of videos from these so-called days of celebration surfaced and revealed the hysteria of the students toward the teachers and faculty on campus. And as it turns out, they’re even further enraged by the fact that these videos have hit the internet displaying their behavior for the world to see. The Evergreen State students released a list of demands, one of which reads: “We demand that the video created for Day of Absence and Day of Presence that was stolen by white supremacists and edited to expose and ridicule the students and staff be taken down by the administration by this Friday.” And so, the Attorney General is looking into the kerfuffle and launching an investigation to determine who stole the footage.

Regardless of whether or not this footage was stolen, it’s incredibly revealing. These Evergreen State students believe that it’s the way someone edited this video which makes them look ridiculous? A student in that video said that “actions speak louder than words,” and well, these actions very plainly speak for themselves. Frankly, there are much more effective ways to get what we want or feel we deserve. Where is the decency and self-respect? If you talk to your boss in this manner, you’re going to be fired. Do their parents let these students speak to them in this way? I certainly hope not.

If these students feels as though they’re being mistreated, then by all means, talk to someone about it. Don’t yell and scream at someone about it. There’s nothing wrong with being angry, but the sooner that angry people can learn to channel their raging emotions and use it as fuel to intellectually debate with a sense of civility, the better off our whole society will be.