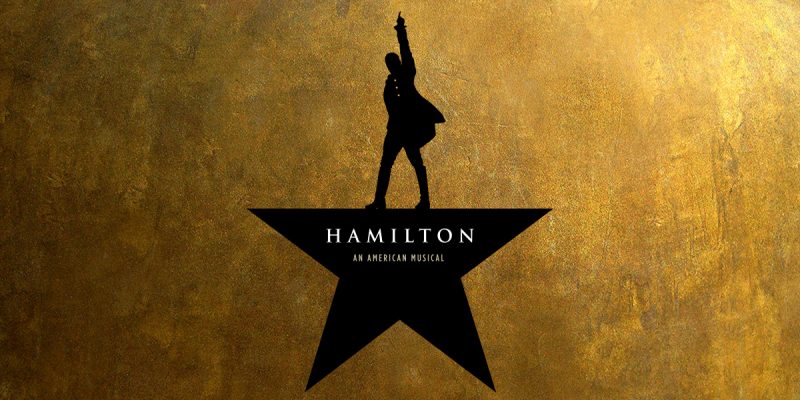 This week marks the 213th anniversary of the famous duel at Weehawken between two of America’s Founding Fathers – Alexander Hamilton and Aaron Burr – a confrontation that would end the life of the nation’s first Treasury Secretary and destroy the life of the country’s third vice-president.

This is the first of a two-part review of the Broadway sensation Hamilton.  This segment will focus on the musical’s popularity and surrounding controversies with the next being a review of the show, including its messaging, music, historical accuracy, and overall performance.

Though he appears on the ten dollar bill, Alexander Hamilton did not enjoy the same prominence in Americana as George Washington, Thomas Jefferson, and Benjamin Franklin.

At one point It appeared the father of America’s financial system was going to lose his place on the national currency.

And then the musical Hamilton hit Broadway, becoming not only one of the New York theater scene’s biggest hits but also playing a critical role in keeping Hamilton’s face in “circulation”.

While waiting in line at the TKTS booth to buy a ticket to a Broadway show, I was told by a scalper pushing preview tickets that Hamilton, which had yet to officially open, was going to be the biggest musical ever and that the couple of hundred dollars he was asking for Lin-Manuel Miranda’s opus would be a bargain.

In retrospect that ticket broker was prescient as I never forgot his prophetic words though I can’t even remember the show I ended up seeing that day.

Two years later an usher at the Richard Rodgers Theatre said that she had not seen this level of excitement for any other Broadway show, and she had been working in theater for almost 50 years.

I didn’t know much about the production aside that it mixed Revolutionary America with a hip hop element.  And on a few visits to New York I tried to score “lottery” tickets that were sold at a steep discount of ten bucks (appropriately enough a “Ham for a Ham”) though I might as well had just bought Powerball tickets.  The line just to enter the drawing for one of ten tickets wrapped the block and spilled on to 46th Street.

As the drawings were causing major traffic congestion on a roadway that cuts across Times Square, the management went from a paper entry drawing to an internet based lottery that brought in thousands of entries for each show.

Tickets for Hamilton had been sold out many months in advance and the lowest tickets prices on the secondary (i.e., the scalper) market were at $750 on most days.

The alternative to handing over a week’s paycheck was waiting in the cancellation line.  Actually, waiting isn’t the right word, it’s more like camping. With tents. For days.

The side of the Richard Rodgers Theatre looked like a Hooverville, with folks traveling from across the country committed to spending days on the streets for a shot at a cancellation ticket or a coveted yet limited standing room only spot.

And something reminiscent of the Friday Galatoire’s lines in New Orleans, there were even professional line waiters with their own company logo (Same Old Line Guy) willing to loiter for dozens of hours for hundreds of dollars.

One young girl from Idaho arrived with a pup tent prepared to spend three days on the street.  Fortunately for her she received the 12th and final cancellation or SRO ticket available on the maiden day of her vigil.

I learned her story as I was number 13 in line (having committed about 5 hours on an odd show day).  The lass had arrived from the airport to the line a mere five minutes before I got there. Seriously, good for her.

That the musical featured people of different races portraying America’s Founding Fathers wasn’t in itself controversial (more on this in the actual review).

The issue was how the producers of Hamilton went about ensuring diversity, issuing a casting notice seeking “NON-WHITE men and women ages 20s – 30s for Broadway and upcoming tours!”

The all-caps “NON-WHITE” was their font, not mine.

The primary cast of Hamilton has been hailed as diverse, though that is a charitable description.  The lead role is played by a Puerto Rican and almost all of the other speaking roles were played by blacks.  Hamilton’s wife in the original cast was played by an Asian.

The only two characters with speaking roles featuring white actors are that of King George III and loyalist preacher Samuel Seabury.  And as you can imagine, neither are portrayed favorably.

And then there was the “free lecture” the cast provided then-Vice-President-elect Mike Pence, who caught the musical during the presidential  transition.

In addition to the hectoring from the stage at the conclusion of the show by the “anxious and alarmed” cast members, Pence was serenaded with boos and catcalls from the audience as he entered the theater but in his characteristic unflappable manner shrugged off the “Bronx Cheers in Manhattan.”

Pence’s treatment on Broadway lit up conservative social media and invited a barrage of angry tweets from Donald Trump, in which the then-president-elect demanded an apology that will never come.

Yet despite the cost and boorish behavior by the cast, crew, and fans of the show, I remained determined to see how Broadway interpreted this previously unsung hero of the early days of the American republic and how the production would treat the more prominent members of the Patriot Pantheon.

Was there substance behind the buzz and hype?

My take on Hamilton after intermission…