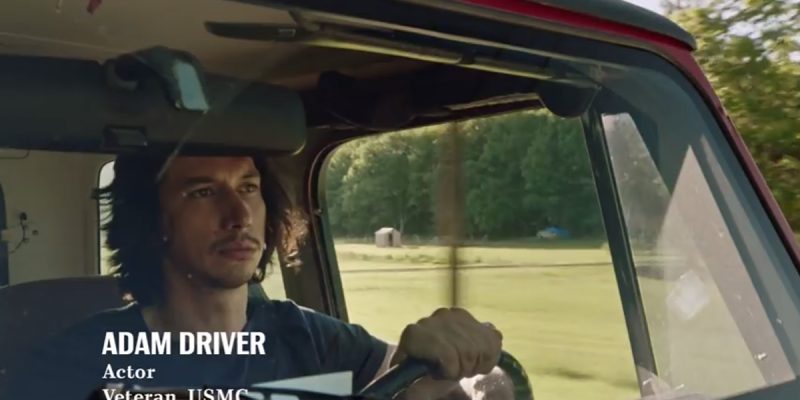 Anheuser-Busch, the iconic American company which dominated the beer market until fairly recently when it was democratized by the explosion of craft breweries and then became a subsidiary of the Belgian conglomerate InBev, has through its history usually managed to do a great job of producing patriotic messaging to go with the various iterations of Budweiser beer it brews.

That’s still true, but the company’s messaging for the 4th of July this year adds a little extra substance to its traditional sentimentality. As it happens Budweiser has a philanthropic project called Folds Of Honor, which gives out scholarships to the children and family members of disabled and deceased military veterans – those veterans who, due to injuries and wounds suffered during military service, can often struggle to provide for their households.

Such is the case for John Williams, who is a U.S. Army veteran who suffered a back injury before being deployed to Operation Desert Storm in 1991 and who has endured relatively constant pain since then. Williams’ daughter Hayley Grace Williams applied for a Folds Of Honor scholarship to nursing school – the project has given out some 2,200 of them since 2011 – and it was granted.

Budweiser then sent Hollywood star Adam Driver, who is best known for playing the villain Kylo Ren in Star Wars: The Force Awakens but has appeared in a number of films including This Is Where I Leave You, Silence and Inside Llewyn Davis, to the Williams home to present the scholarship. Driver is a terrific choice for that job, as he was in the U.S. Marine Corps for nearly three years before suffering an injury to his sternum in a mountain-biking accident not long before his unit was to deploy for the Iraq War.

What happens next is magic, and it will tug at your heartstrings like nothing else you’ll see this week.

Interested in more national news? We've got you covered! See More National News
Previous Article Ted Cruz Might Have Just Solved Obamacare Riddle In The Senate
Next Article If You Want To See The Growth Of The Third World Here At Home, Go To Jackson