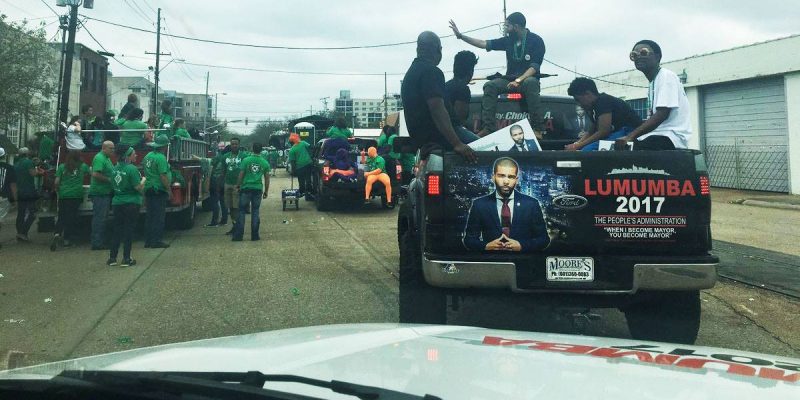 Lumumba has some big ambitions for Jackson. He is promising his supporters that he will turn Jackson into the most radical city on the planet. Lumumba made the pledge when he spoke at something called the “People’s Summit” in Chicago a few weeks ago.

So what happens in Jackson, Mississippi, impacts each and every one of us. And so we have to make the decision that we’re going to start controlling the way electoral politics proceeds. And so we’ve made the decision that we’re going to be the most radical city on the planet, that we’re going to make certain—that we’re going to make certain that we change the whole scope of electoral politics. No longer will we allow an individual to step before us and tell us all of the great things that they’re going to accomplish on our behalf, only to find that nothing in their past demonstrates a sincerity, a willingness or an ability to do so. What we must do—what we must do in Jackson, Mississippi, in D.C., in Maryland, in Gary, Indiana, in Chicago, Illinois, is we have to start drafting an agenda for ourselves, creating an agenda, creating what we want to see, and then we draft the leadership which represents our agenda.

What exactly is Lumumba’s agenda? To find that out, we need to do some investigating into some of his ties.

Now, Lumumba is head of something called the Malcolm X Grassroots Movement, which is a black separatist movement. One of their slogans that Lumumba chanted at his victory party when he was elected was “free the land.” What exactly does it mean? It means that Lumumba wants to take parts of the South and turn them into a North America Zimbabwe.

… is the battle cry of the New Afrikan Independence Movement (NAIM).

The NAIM is part of the Black liberation Movement in North Amerikka that wants independent Black Nation on land in north amerikka. The land identified by the New Afrikan Independence Movement is primarily known as South Carolina, Georgia, Alabama, Mississippi, and Louisiana, as well as other areas of what is now called the Black-Belt South, where Afrikan people are in the majority or have a historical/economical/socio-cultural relationship to. When we say “Free the Land” this is the land we are talking about freeing.

This is what Jackson voted for. They voted for a guy who wants to break away from the United States and create a new Third World nation. It voted for a loon who wants every anti-free market policy he can come up with.

We predict that socialism in Jackson will fail, just as it has failed everywhere else in the world. But we also believe that Jackson will suffer in the next four years.

Interested in more national news? We've got you covered! See More National News
Previous Article Budweiser’s Folds Of Honor Web Ad Is Certainly Something To See On The 4th Of July
Next Article Republican Party of Texas Celebrates 150th Anniversary