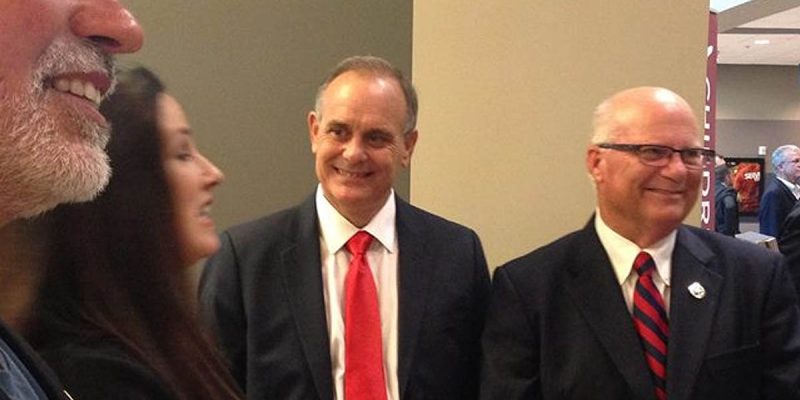 It turns out that Bacala, a Republican state representative from Prairieville, is somewhere near Attila The Hun on the ideological spectrum – or so USA Today Network of Louisiana reporter Greg Hilburn would have you believe. Bacala was just elected as Vice Chairman of the House GOP Caucus, a position formerly held by John Schroder before the latter opted to resign from the state legislature to run for Treasurer full-time, on a 29-26 vote.

Bacala beat Rep. Chris Leopold (R-Belle Chasse), who Hilburn says is “moderate.” In last year’s LABI scorecard, Bacala had an 83 and Leopold had a 77. For the same year Bacala’s Louisiana Family Forum score was 91 while Leopold’s was 75. We’re not talking about particularly large differences here, certainly not enough to justify an entire story about how the House GOP Caucus has taken some hard lurch to the right carrying a headline reading “Conservatives tighten grip in La. House.”

Schroder, by the way, was a 92 on the Family Forum’s scorecard and a 75 on LABI’s, which was a number matching his 75 score for the 2012-15 term – and that number had taken a serious hit from the 52 score he received in 2015 amid some of the bad votes the legislature took on taxes and budgets that year. In other words you’re getting the same record on social conservatism and maybe eight points higher on fiscal conservatism.

Nobody objective would write a story about how far-right Bacala is or how The Conservatives have a stranglehold on the Louisiana House based on his replacing Schroder. So why did Hilburn?

Here’s why. He went to Gene Reynolds, who chairs the House Democrat caucus, and printed what Reynolds said.

Reynolds emphasized he likes Bacala personally, “but it’s certainly not a move toward the middle.”

To Hilburn’s credit, he did print Bacala’s response to that partisan garbage…

“I had considered myself more moderate before I came to the Legislature,” said Bacala, who is serving his first term. “Maybe I was a little more conservative than I thought.”

“All of the members who expressed interest in running are conservative,” said Bacala, a retired lawman. “I don’t think it was a battle of degrees of conservatism.”

What Hilburn didn’t do was to get a reaction from House GOP Caucus chair Lance Harris on whether Bacala is conservative out of the mainstream, or Leopold, or anybody else in the legislature other than the Democrat who offered a characterization serving his agenda to paint Republican legislators as right-wing nuts. Never mind the fact that in poll after statewide poll the basic economic message of the supposed right-wing nuts in the legislature is found to mirror that of the public at large – the voters aren’t interested in any more taxes, they think Louisiana’s state government is too expensive and wastes too much money and they want it cut.

This perspective has to be denigrated and discredited, because Gov. John Bel Edwards can’t get re-elected should it dominate the conversation surrounding the 2019 gubernatorial election. And Reynolds, who says he’s quitting as the Democrats’ House leader soon, will have less members rather than more if the voters stick to their anti-tax, fiscally conservative majority position and give it primacy.

For our part, we’re more than happy to see Bacala be branded as a conservative. Bacala happens to be one of the smarter folks in the legislature, and he’s willing to do research and dig up waste in state government. Feel free to demonize him all you want, Democrats – when he responds with facts and constructive suggestions about how to downsize the blatant waste in state government you can demonize those as well. And then we’ll see what the voters think come 2019.

Interested in more news from Louisiana? We've got you covered! See More Louisiana News
Previous Article Imran Awan Was Just Arrested At Dulles Airport Trying To Flee The Country
Next Article Trump Is Banning All The Transgender People From The Military