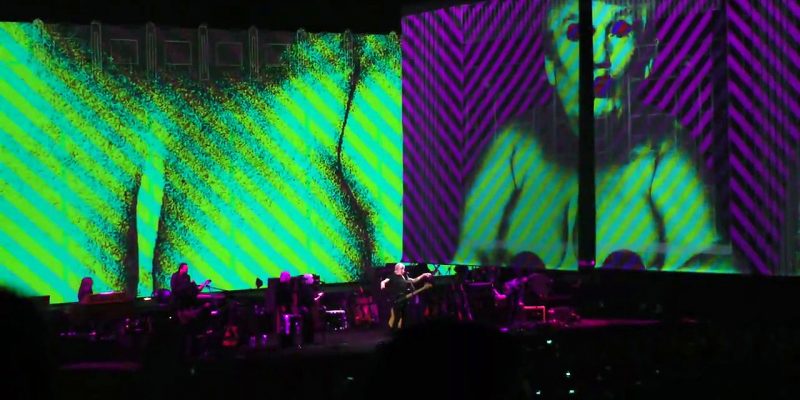 You’d be hard-pressed to find someone with a more severe case of Trump Derangement Syndrome than former Pink Floyd bassist and singer Roger Waters. I know the word hate is overused these days but I think it’s safe to say Waters hates Donald J. Trump.

Half the country voted for the guy which means about the same percentage of Pink Floyd fans willing to pony up big bucks to hear the band’s former front-man support Trump. So why would Waters be willing to piss off half of his potential paying customers? Full blown Trump Derangement Syndrome.

Although it could be argued that Waters’ fans may skew left seeing that back in the day Pink Floyd was a band of choice for heavy drug users.

Baton Rouge TV station WBRZ is reporting several people attending the New Orleans show were disgusted that part of the show was all about bashing our president.

Fans had to endure an overwhelming amount of pictures and images photo-shopped to make Trump look like a pig, a member of the KKK, and a cross-dresser. Another stunt involved a mechanical pig with the words “piggy bank of war” on one side and an image of Trump on the other flying across the screen. “[email protected]#$ Trump” also ran across the screen in enormous letters.

There were also upset concert goes at Friday’s Houston show according to TV station KHOU. At both the New Orleans and Houston shows people apparently walked out.

Waters is a fully committed leftist. His bashing of Israel in the past once cost him a $4 million underwriting sponsorship for his tour from American Express, according to the New York Post.

Unfortunately there is no known cure for Trump Derangement Syndrome. One of the symptoms is a total blindness to the reality that not everyone hates Mr. Trump. Maybe this is why Mr. Waters has made part of his show a Trump hatefest. He doesn’t realize Trump supporters exist.

Interested in more news from Louisiana? We've got you covered! See More Louisiana News
Previous Article The Benny Johnson, Ben Sasse Bro-Bet Is The Best Thing On The Internet
Next Article BAYHAM: Mitch Landrieu Sure Has A Bad Case Of Jindal-itis, Doesn’t He?