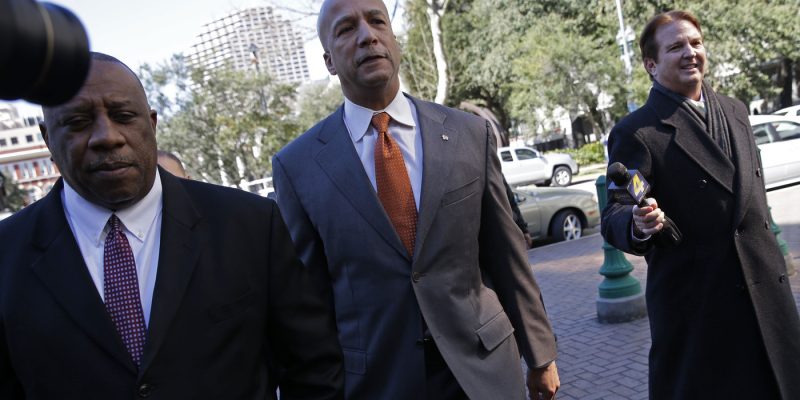 If you wake up each morning and the first thing on your mind is how high the sea levels are, then continuing to elect a Democrat as mayor of New Orleans makes sense. Or if your biggest challenge in life is driving by a statue that offends you, then electing someone with the same party as Mitch Landrieu is a great idea.

But if not getting shot, carjacked, or mugged is important to you, then it’s definitely time for a change at city hall.

The past 29 elections a Democrat as emerged as mayor of New Orleans. The last time a Republican was elected mayor was the first year blacks could vote thanks to the 15th amendment signed by Republican Ulysses S. Grant in 1870. It was also the year the KKK was founded by Democrats to counter the influx of blacks into politics.

Republican Benjamin Flanders had spent several years of his life fighting for blacks and their right to vote before getting appointed, then elected as mayor of New Orleans in 1870. He probably never dreamed he’d be the last Republican to hold the office for at least a century and a half.

What has one-party Democrat rule yielded the Crescent City? Widespread poverty, potholes the size of the Grand Canyon; generational and systemic political corruption, and violence like the kind you read about in third world countries.

Democrat mayors with their anti-business policies have also driven away fortune-500 companies causing the city’s youngest, smartest, and most ambitious to leave for other cities.

Since 1970, two families, the Landrieus and Morials, have dominated the city – holding the mayor’s office 32 of the past 47 years. Those old enough to remember Sidney Barthelemy also should remember the disaster he was as mayor. Remember “Tuition-Gate?” The mayor before last, Ray “Chocolate City”  Nagin, now gets three squares a day while living in a prison cell.

So the question is simple. How much failure will it take before the people of New Orleans realize the party they’ve supported for close to 150 years has failed them miserably?

You would think the damage Mitch Landrieu has done to New Orleans alone would cause the city to reject the idea of electing another Democrat ever again.

He’s torn down historic statues, forever changing the landscape of New Orleans and dividing the city like never before. He’s gutted NOPD by a third causing shootings, muggings, and carjackings to skyrocket.

And guess what? Mayor Mitch is not done. Now he wants to wean the city off of dependable, affordable fossil fuel energy and instead rely on more costly alternative energy like solar power. This will raise the already high cost of energy for the people of New Orleans hurting most those who can afford it the least. For the poor of New Orleans I would say, with friends like Mayor Mitch, who needs enemies?

Why is Mayor Mitch willing to further deplete the wallets of his constituents? To impress the coastal elites that control his party and could hold the key to his political future. It’s downright shameful!

The tragic thing is the chance the people of New Orleans will wake up to the carnage Democrats have brought their city and pick a new party to run city hall are nonexistent. Democrats with their friends in the media have done a masterful job of convincing the minority community that Republicans are racists. They are not and it’s a lie. Democrats know it but since when have they been burdened by what’s true?

It’s ironic Democrats claim the high ground on the topic of racism with the party’s clear history of supporting slavery and opposing allowing blacks to vote. If there is a racist party it would be the Democrats who support affirmative action, the notion minorities are inferior and therefore need a leg up over whites. Can’t get much more racist, or at the very least racialist (defining people by the color of their skin), than that. Or how about when Democrats argue against laws requiring an ID at polling places? The D’s claim such laws discriminate against minorities. Do Democrats think so little of non-white people they consider them incapable of getting a drivers license?

I do not believe most Democrats are racist. They are much worse. They peddle the victim card for political gain. They tell their base they can’t make it because they are oppressed. But they offer minorities nothing but generational dependence on government. Their socialist ideas don’t work. Never have, never will. And a good portion of New Orleans continues to fall for their con while the city’s streets are rife with violence.

Not to mention potholes.

I suppose the silver lining in all of this is one day the people of New Orleans will tire of dodging bullets, burying friends and family, and say enough is enough and end the close to 150 years, and running, of one party rule. Again I ask, New Orleans, what have you got to lose?

Interested in more national news? We've got you covered! See More National News
Previous Article Republicans Vote No Confidence in Texas Speaker Joe Straus
Next Article Have You Ever Seen So Much Caterwauling Over A Failed Tax Hike?