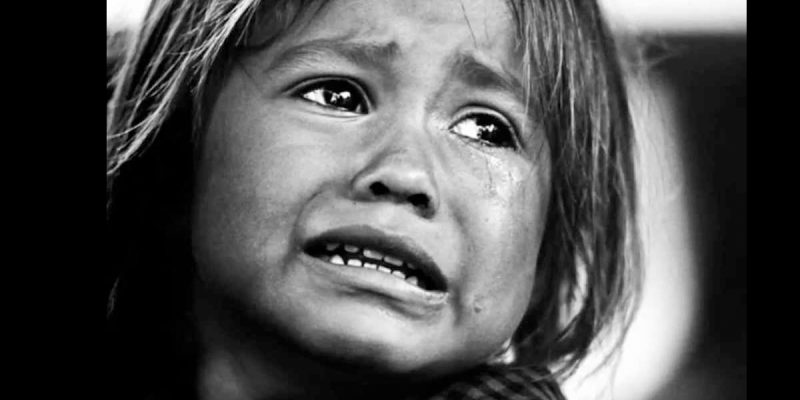 It seems a bit out of place given that it’s been almost a month since the end of the special session establishing Louisiana’s 2017-18 state budget and well more than a month since all of the major tax plans put forth by Gov. John Bel Edwards and the state legislature failed. But lately there appears to be a chorus of whining in the media over those failed tax hikes. We find it peculiar.

First came J.R. Ball (formerly of NOLA.com and now back as the Executive Editor of the Baton Rouge Business Report), who essentially chastised Louisiana’s voters last week over the unpopularity of the failed tax increase on gas…

Yet here’s the ugly, inescapable truth: We don’t want to stop the madness.

Complain about it? Sure, that’s our signature move.

But actually doing something about the crumbling roads, the dilapidated bridges, the nonexistent street grid, the much-discussed loop, the lesser-discussed BUMP or—wait for it—the need for a new bridge across the Mississippi River?

Not when “actually doing something” is code for “breaking open the piggy bank and paying for it.”

Go ahead, blame the politicians. Curse the bureaucrats. Cry out in agony pondering the prospect of yet another traffic study. (Seriously, haul out all the wonk-produced Capital Region traffic studies done over the past 30 years and I guarantee you it’s more than the number of eastbound, afternoon commuting cars wedged onto A) Interstate 10 between Port Allen’s Lobdell exit and the I-10/12 split, B) Interstate 12 between Drusilla Lane and the Walker off-ramp in Livingston Parish or C) I-10 from Essen Lane to Highland Road—by like a factor of three.)

Excoriate anyone you want, but then look in the mirror, people—there’s your problem. We’re masochists. We’re 50 shades of road-rage red.

Not only are we the people our parents warned us about, but we’re also the ones ultimately responsible for the afternoon hells that are Perkins Road, College and Lee drives, Bluebonnet Boulevard, Siegen Lane, Essen and the scores of other disjointed surface streets masquerading daily—and often nightly—as parking lots.

Stand up if you cursed the name of hometown state Rep. Steve Carter for having the audacity to suggest jacking the state gas tax by 17 cents per gallon in a bid to generate $510 million per year to address not only many of Baton Rouge’s most pressing road problems but also the state’s $12 billion project backlog.

Stand up if you cheered when Carter, in a last ditch effort, couldn’t wrangle enough House support for even a 10-cent increase of a user tax that’s never been adjusted for inflation in its 28-year life.

Then there was the Lake Charles American Press’ editorial supporting Edwards’ veto of HB 598, a bill by Rep. Neil Abramson (D-New Orleans) that would have reformed the Department of Transportation and Development’s road-building selection process. The American Press said Edwards’ veto was proper despite the fact it came on the same train as a host of other vetoes of specific improvement projects almost exclusively in the districts of state legislators who refused to vote for the governor’s failed tax hikes – proving that the system is rank with the petty politics which make paying more for it unpalatable. Included in that editorial was this…

Unfortunately, there won’t be much highway construction to be concerned about since legislators at the recent session refused to increase the state’s gasoline tax, which has lost its buying power over the last 33 years. The 8-cents-a-gallon state tax was doubled in 1984. Four pennies were added in 1989, but those funds and more were dedicated to 16 major projects, two of which aren’t finished.

Finally came another bout of griping, this time once again from the Baton Rouge Business Report where editor Stephanie Riegel came with both barrels loaded – one for the fiscal conservatives in the legislature and the other for the people who voted them into office – to complain about the failed tax hikes…

But no one—least of all business owners, who regularly complain about the state’s economic development shortcomings—seems terribly bothered that the Legislature is more concerned about pandering to the far right than addressing fundamental problems with the state’s infrastructure and tax code. A gas tax bill by Republican state Rep. Steve Carter, of Baton Rouge, meant to address the state’s woeful infrastructure was shot down by the House. And Gov. John Bel Edwards, despite saying he would, ultimately didn’t bother fighting for anything resembling meaningful fiscal reform after looking across the right-leaning landscape.

Part of the problem is anything having to do with taxes is pretty much doomed to failure these days. It doesn’t matter if it’s a good tax, a bad tax, a tax to fund desperately needed new bridges and highways, or a tax reform proposal that will simplify an anachronistic, inefficient tax code.

If the word “tax” is attached, a majority of the people are going to oppose it, especially at a time when the economy is weak.

“You can’t do tax policy in a recession,” House Speaker Taylor Barras said in a recent radio interview.

I’m not sure why not. It seems like a recession would be one of the best times to implement a sensible tax policy that can stimulate economic growth by making the state’s tax climate more attractive to potential employers.

But that’s a complicated case to make, and the sad truth is most people aren’t well informed enough to make the connection. They don’t understand the complexities of issues like fiscal reform, nor the inclination or attention span to read a 30-column-inch story to learn the details. Consequently they have no idea why these things matter.

This isn’t mere supposition. I see metrics from our own Daily Report almost every day. I know how disconcertingly few readers click on a story about tax policy, new legislation or even a controversial local ordinance.

If, however, Bucc-ee’s is promising to build a Texas-sized rest stop along I-12, or if Les Miles’ job is on the line then the click rate goes through the roof.

What you won’t see in any of these bouts of howling and caterwauling and attacks on Louisiana’s “stupid” voters is any recognition of why Louisiana can’t pass tax increases this year.

Two years ago the state’s budget was $25 billion. Now it’s $28 billion. None of these geniuses even seem to notice. Nor do they notice that taxes went up almost $2 billion last year to support that budget increase.

And by the way, none of that money went toward building the roads. In fact, nobody can point to an increase in services the state of Louisiana is providing to taxpayers as a result of those tax or budget increases.

The schools might not be worse, but they’re no better.

Health care in Louisiana is certainly a lot more expensive, thanks to Edwards expanding Medicaid. This is advertised as providing better service, but studies have shown that (1) Medicaid enrollment leads to more costly emergency room abuse, not less, and (2) health-care outcomes from Medicaid are no better than being uninsured. In any event, the vast majority of the people who pay the taxes in this state get nothing out of a Medicaid expansion that they’re paying for in federal taxes if not state taxes (and the state tax share of Medicaid is sure to balloon over time). In fact, if you’re paying for private health insurance you’re getting a worse deal, because those doctors who do take Medicaid patients generally lose money on them and make up those losses by charging patients with private health insurance more, meaning your rates will go up.

Economic development? There isn’t even the pretense of that in Edwards’ administration. Competing with Texas? Please.

Are the prisons better? Reforms were passed this year, but nobody really thinks the crime rate is going to improve based on those. And crime rates across the state are through the roof. We’re hardly getting better public safety for our tax dollar.

Is the state doing a better job promoting its culture and tourism with the tax dollars we give it? It’s hard to make that case, seeing as though they’re getting rid of historical landmarks in New Orleans (and working on it in Shreveport) when the locals aren’t rolling tourists and putting them in the hospital. It might not be the state’s fault that New Orleans is running off its tourist trade but that doesn’t exactly justify paying more for those efforts.

In short, nothing that state government is doing justifies paying more as a taxpayer. The services we get from state government are, to put it bluntly, shit. Why would we agree to pay more for that product?

No wonder they’re complaining about failed tax increases rather than celebrating tax hikes that passed.

Louisiana’s government is a bloated mess, with entirely too many do-nothing employees on the payroll, entirely too political and inefficient a set of processes, entirely too entitled a public-sector mindset (the thinking at that state capitol revolves around how much money they can suck into the state treasury to pay for the things they want to do, rather than how best to deliver needed services with the resources the people have paid for that purpose), and entirely too little thought given to making this place competitive with our neighbors.

As a result, all of us have friends who are packing up and leaving for Texas and Florida, just as we’ve seen at various points in our lives. Our outmigration problem, which had been brought down to a manageable level for a while during Bobby Jindal’s time as governor, is now a raging blaze again. And that’s not because John Bel Edwards didn’t get a half-billion a year in road projects to dole out to his friends in the legislature, it’s because the business climate driven by his tax and regulatory policies isn’t competitive with those other states, and the job market here reflects that.

It’s one thing for a hopeless socialist like John Bel Edwards to ignore reality and scream about his failed tax increases. It’s something else entirely for the amen chorus in Louisiana’s media to echo his whinings. They’re supposed to have a clue. They don’t.