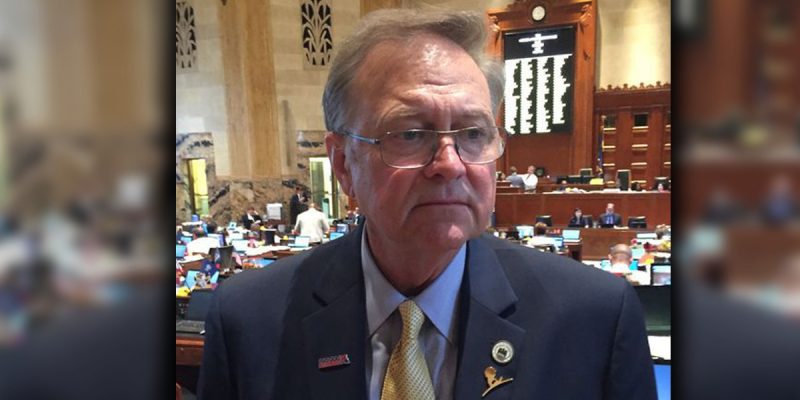 It’s a little bit of inside baseball at the state Capitol, but the on-again, off-again resignation of Rep. Gene Reynolds (D-Minden) from his position as chairman of the House Democrat delegation has some real political importance. Yesterday, after previously stating he was through as the chair of the delegation, Reynolds returned to the fore with a message that he was sticking around.

State Rep. Gene Reynolds of Minden has reversed his decision to step down as the leader of the House Democratic Caucus, saying he will serve out his term as chairman.

That means Reynolds will continue in his leadership capacity through an expected special session addressing Louisiana’s estimated $1.2 billion shortfall sometime next year.

“After speaking to members of the Black Caucus, especially (Chairman Joseph Bouie), we didn’t think it would be advantageous over the next nine or 10 months to change leadership,” Reynolds told USA Today Network Wednesday.

Bouie, D-New Orleans, said he is relieved Reynolds will stay.

“We’re a good team,” Bouie said Wednesday. “This will allow us to maintain continuity and transition to new leadership.”

He has served as chairman since the election of Democratic Gov. John Bel Edwards.

So what does this mean? We see three things at play.

Yes, Louisiana, There Will Be A Special Session

Everybody at the Capitol knows that yet another in the interminable string of special sessions called by the governor in an attempt to raise taxes is coming. This one will almost assuredly come in January or February, and it will be “necessitated” by a mid-year budget deficit projected by the Revenue Estimating Conference – whose projected tax revenues for the fiscal year which just started will turn out to be wrong once again, just as House Appropriations Chair Cameron Henry said they would be.

That’s why Henry fought so hard to hold back some portion of the projected revenues – $200 million, $100 million, $50 million – as a hedge against what he knew by experience was coming. In this he nearly prevailed, but when Henry left town during the last special session to be with his long-time friend Steve Scalise when the latter was shot in an attempted assassination, Edwards and his gang managed to swing a few weak Republicans over to a budget amendment which spent the entire REC projection and then some. That meant the House voted on a budget without the House Appropriations Chairman even in the building, a new low.

They knew the budget they would be passing wasn’t balanced as the state constitution requires, they knew it would be necessary to come back for yet another special session costing the taxpayers some $60,000 per day or more, and they did it anyway. Keeping Reynolds around to run the Democrat delegation just means the governor and his allies are preparing for the inevitable.

It’s Reynolds And Nobody Else

You wouldn’t have this on-again, off-again resignation if there was a successor to Gene Reynolds who fit the Democrats’ needs. The problem is that increasingly, Gene Reynolds is a unicorn. He’s a white Democrat who isn’t angling toward changing parties or at odds with the Legislative Black Caucus, who comprise most of the Democrats in the House.

The Democrats have a long-standing assumption that they’ve got to be led in the legislature by someone who’s white, because otherwise the politics don’t work. Some of that is old-school paternalistic racism, some of it is a recognition that the money fueling the Democrat Party in Louisiana – coming as it does from unions and trial lawyers – is as white as snow and it’s easier for a white guy to talk to that money, and some of it is a recognition that there are very few bridge-builders in the Legislative Black Caucus who wouldn’t be an abject disaster as the face of that party in the House. Turning Reynolds’ job over to a Pat Smith or Denise Marcelle, or even a Marcus Hunter or Kenny Cox, would do for the Democrats in this state what Nancy Pelosi has done for them in Congress; they’d scare off voters in every competitive district in the state.

The problem is, center-left white Democrats like Gene Reynolds are a dying breed in Louisiana just like they are nationwide. There are only a handful like him, and most of them, like Major Thibaut and Mike Danahay, are essentially RINO Republicans with D’s next to their names out of electoral convenience due to the demographics of their districts. Finding somebody who’s actually on board with John Bel Edwards’ fairly hard-left agenda, presents well to the public and isn’t a goofball is a near impossibility at this point. The one guy who actually does fit that bill is Sam Jones, but everybody other than John Bel Edwards hates Sam Jones. You’d say the obvious choice would be someone like Malinda White, the freshman legislator from Bogalusa, but most observers of the House’s floor proceedings will tell you White is a time bomb given her penchant for making ugly faces and threatening gestures at her colleagues as they speak at the microphone; this has a negative effect on their interest in working with her.

It’s All About The Penny

The Democrats could just abandon their old thinking and go with a member of the LBC to run their delegation. Bouie, who currently heads the Black Caucus, isn’t Pat Smith; he’s a mess and he’s had his moments looking like a jackass, but his tenure hasn’t been marked by nonstop clownery like that of, for example, Barbara Norton or Cedric Glover. One reason the Louisiana Democrat Party struggles so much to win elections, Edwards’ gubernatorial victory notwithstanding, is the core problem of identity politics. Most of the Democrat voters in the state are black, most of the Democrat elected officials are black. And yet the money in the party is white and thus most of the leadership is white. Karen Carter Peterson, the state senator from New Orleans who doubles as the party’s state chair, is black, but she’s the only one and Edwards has been unsuccessfully trying to get rid of her.

But here’s the big problem, and it’s why Reynolds can’t be allowed to quit. The special session in January will be all about renewing the one-cent increase in the state sales tax passed in 2016, and therefore heading off a billion-dollar “fiscal cliff” that looms when that penny expires next year.

Now, Republican leges will tell you their phones don’t really ring with people screaming about the sales tax rate. Louisiana has the highest state and local combined sales taxes in the country, and that’s certainly a disgrace they’d like to put an end to, but most of the Republicans will tell you they can live with the status quo until there’s a new governor in the knowledge that any reform of the state’s tax code John Bel Edwards will sign would be (1) a net tax increase, (2) redistributive, in the sense that it would transfer even more of the tax burden to business, and consequently (3) a disaster for Louisiana’s economic competitiveness with Texas next door.

That’s also true of a few Democrats like Danahay, whose district is on the Texas border over in the Lake Charles area and who knows how easy it would be for a business owner in Sulphur or Westlake to just give up and go for the easy life in Orange or Bridge City across the state line.

But it’s not true of the Black Caucus. Those members are getting calls about the penny, and nobody’s happy on the other end of the phone. The thing about a sales tax is that it’s regressive, in that it amounts to a tax on disposable income and therefore hits hardest those with the least amount of free cash. So finding someone in the Black Caucus who’d be willing to push a renewal of the extra penny of state sales tax, which is really the only option available to the governor if he wants to avoid having to make a billion dollars in cuts to state government, will be difficult if not impossible.

Reynolds is going to bring the bill to re-up that penny, and he’s going to have to ride herd on the delegation to get it passed. The Black Caucus members will howl about it but then they’ll get in line and they’ll find enough Republicans to put them over the top on that penny based on a deal of some sorts – like, for example, they’ll take half the revenue from that penny and dedicate it to infrastructure. That’ll be a ruse, because money is fungible and if tax money from the penny is dedicated Edwards will just cut the Department of Transportation and Development’s budget elsewhere, but it’ll be a ruse Republicans can live with until somebody else is in the governor’s mansion.

And it may be that the price of that penny for Edwards and the other Democrats of pallor that Bouie is Reynolds’ successor. That might be the deal they’ve cut.