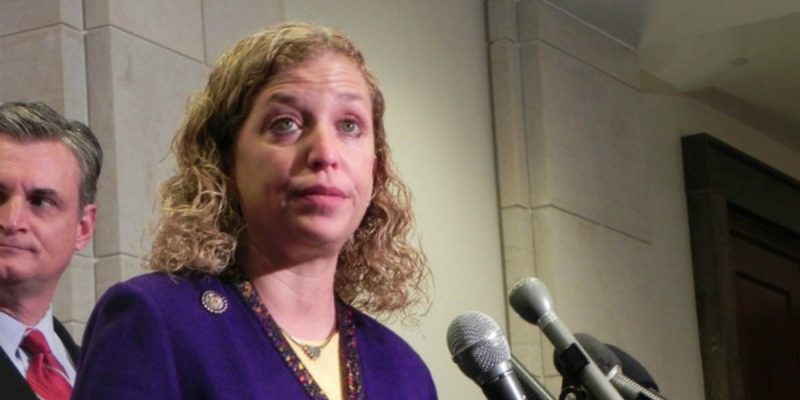 For all of the preoccupation of the American mainstream media on the purported scandal in which Donald Trump’s camp was said to have “colluded” with the Russians to rig the 2016 presidential election, a scandal which has largely morphed away from the initial accusation and into an examination of the actions of Trump and his advisers in attempting to put it to bed, a much more consequential and dramatic affair is being lost. That being the saga of the Awan brothers, the Pakistani-born information technology experts under investigation for a host of potential misdeeds serious enough to affect our national security.

Imran Awan, the figure at the center of the scandal, was hired by Rep. Debbie Wasserman Schultz as a computer systems guru back in 2005. Awan managed to sell himself to various other congressional Democrats over the following years, bringing his brothers Abid and Jamal and his wife Hina Alvi, not to mention a couple of others, along in a lucrative Awan brothers family business which ultimately served some 80 Democrat members of Congress and brought the Awans into a position of getting to see and download material of the most serious kind. The Capitol Police have been investigating allegations of improper access and download of that information, as well as the theft of expensive hardware from Congress, since early this year – and yet the Awans are still listed on the books as IT professionals for a number of their Democrat clients even now.

But the Daily Caller, which has nearly single-handedly covered this story while the national media has ignored it, has exposed the Awan brothers scandal at every step of the investigation. Over the weekend the DC had a very, very interesting report offering a potential break in the case…

FBI agents seized smashed computer hard drives from the home of Florida Democratic Rep. Debbie Wasserman Schultz’s information technology (IT) administrator, according to two sources with knowledge of the investigation.

Pakistani-born Imran Awan, long-time right-hand IT aide to the former Democratic National Committee (DNC) Chairwoman, has since desperately tried to get the hard drives back, an individual whom FBI investigators interviewed in the case told The Daily Caller News Foundation’s Investigative Group.

An additional source in Congress with direct knowledge of the case, speaking on condition of anonymity because of the sensitivity of the probe, confirmed that the FBI has joined what Politico previously described as a Capitol Police criminal probe into “serious, potentially illegal, violations on the House IT network” by Imran and three of his relatives, who had access to the emails and files of the more than two dozen House Democrats who employed them on a part-time basis.

Shortly after the criminal probe was revealed in February, Imran abruptly moved out of his longtime home on Hawkshead Drive in Lorton, Va., and listed it for rent on a website that connects landlords with military families.

One of the new tenants — a Marine Corps veteran married to a female Navy Officer — said he found “wireless routers, hard drives that look like they tried to destroy, laptops, [and] a lot of brand new expensive toner.”

The tenants called the Naval Criminal Investigative Service and, not long after, FBI agents arrived together with the Capitol Police to interview them and confiscate the equipment. The Marine spoke on condition of anonymity because of concerns for his wife’s naval career, saying she doesn’t want to be associated with a national security incident.

“It was in the garage. They recycled cabinets and lined them along the walls. They left in a huge hurry,” the Marine said. “It looks like government-issued equipment. We turned that stuff over.”

Wasserman Schultz resigned as DNC chief in July 2016 after the committee’s IT system was hacked. She has since refused to fire Imran despite learning that he is a target of a criminal investigation.

The Marine said Imran wanted the hard drives back so desperately that he threatened to sue the renter for stealing them.

“It was unbelievable. I don’t know where they get off thinking they’re going to sue us for items we have no obligation to hold onto,” he said.

Imran came to the house for the items “three to four times,” but the Marine wouldn’t let him enter.

“Their lawyer contacted us today via email and said we owed $350 in late charges and the items he left in the house,” the Marine said.

The Marine heard about the House investigation on the radio, and by that time, he had noticed other bizarre signs of desperation from his landlord.

“When we first moved in, a mailman came with certified mail from the House of Representatives. We were trying to be nice and signed for it. They lost their shit, saying ‘why did you sign for it, this is illegal!’ It was certified from the [Chief Administrative Officer of the House],” he said.

“The postman came a second time with a certified letter and I called Imran on the spot, asking ‘what do you want me to do.’ He said ‘just send him away, I’m homeless.’ They refused to forward their mail.”

We don’t know what information might be on those hard drives, but if the Awan brothers weren’t able to completely destroy them we might just find out, and at that point the investigation will likely produce indictments and trials.

How deep can this rabbit hole go? Well, don’t forget that Debbie Wasserman Schultz was also the chair of the Democrat National Committee, the contents of whose e-mail server were released to Wikileaks. No one knows who was responsible for that action; all along the media, taking cues from three relatively politicized intelligence sources within the Obama administration (the FBI, CIA and Director of National Intelligence James Clapper), have assumed it was the Russians.

But is it not just as plausible that Wasserman Schultz brought her Pakistanis along to do IT work for the DNC and paid the price of having those e-mails sold to the highest bidder? And why hasn’t that been investigated?

What happens if the FBI and NCIS finds DNC e-mails on those partially-destroyed hard drives Imran Awan left in his garage?