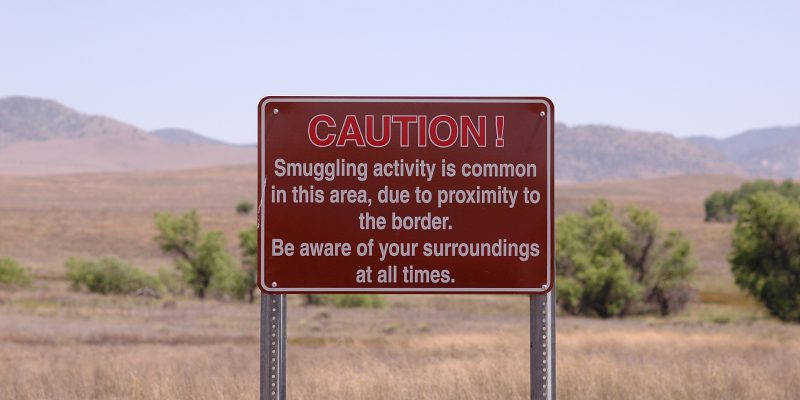 A tractor trailer filled with at least 38 smuggled immigrants was found in a Wal-mart parking lot over the weekend. At least nine were killed by the 100-degree Texas heat. The San Antonio Police Department is calling it a “horrific human trafficking” case.

The trailer reportedly had no working air condition and there was no immediate sign of a water source. Seventeen people were found to have serious medical conditions and thirteen others had suffered dehydration and heat stroke.  All were taken to local hospitals.

After one of the victims approached a Wal-Mart employee and asked for water, law enforcement was eventually called.

According to a statement from U.S. Attorney Richard L. Durbin, Jr., “All were victims of ruthless human smugglers indifferent to the well-being of their fragile cargo. The South Texas heat is punishing this time of year. These people were helpless in the hands of their transporters. Imagine their suffering, trapped in a stifling trailer in 100-plus degree heat.”

San Antonio Fire Chief Charles Hood described the individuals as being “hot to the touch,” noting that the scene, “was a mass casualty situation for us.”

San Antonio Police Department’s homicide division is partnering with the Department of Homeland Security in the investigation. Latest reports indicate that the driver was arrested, but has not been identified.

According to surveillance videos from Wal-Mart, trucks arrived to pick up some of the survivors before police arrived. Others escaped into the woods. Officers spent Sunday searching on foot and by helicopter.

“By any standard, the horrific crime uncovered last night ranks as a stark reminder of why human smuggling networks must be pursued, caught and punished,” Immigration and Customs Enforcement (ICE) Director Thomas Homan noted in a recent statement.

According to their website, “Left unchecked, human trafficking will continue to flourish in environments where traffickers can reap substantial monetary gains with relatively low risk of getting caught or losing profits.”

Governor Abbott also released a statement regarding the incident, “The loss of these lives is a heartbreaking tragedy. Human trafficking is an epidemic that Texas is working to eradicate. To that end, Texas will continue to provide protection for the victims who have been robbed of their most basic rights, and bring down the full weight of the law for the perpetrators of this despicable crime.”