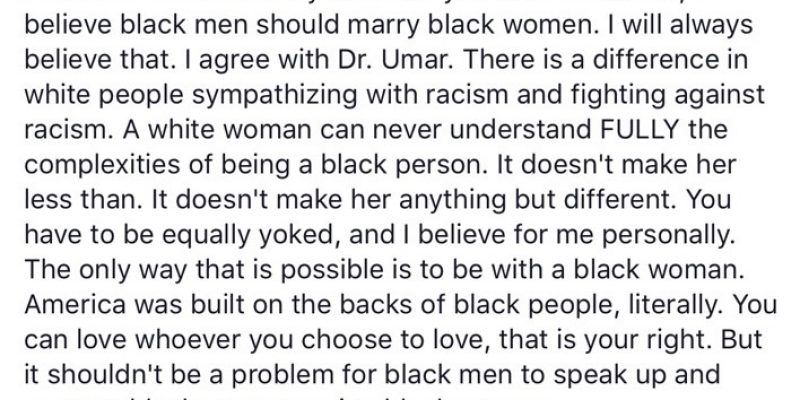 We can’t decide whether to treat this as more evidence Baton Rouge Mayor-President Sharon Weston Broome has tainted herself with her association with Gary Chambers or to shrug it off as an opinion he’s entitled to have. So we’ll just bring this to your attention and let you chew on it yourself.

It appears that Chambers is not a fan of interracial marriage. To wit, here comes a Facebook post… 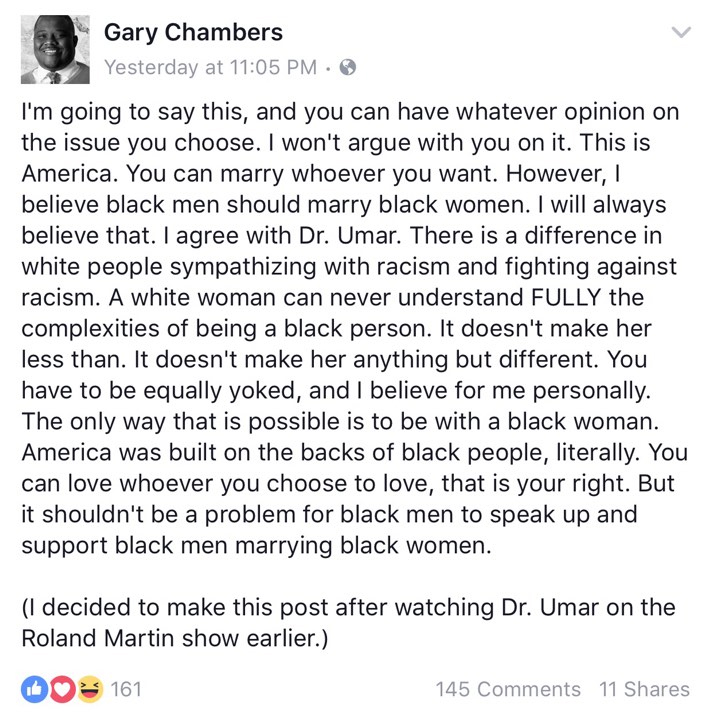 There really isn’t anything wrong with expressing a preference for marriage within one’s own ethnic group. Jews generally prefer to marry other Jews, Italians often prefer to marry other Italians, Koreans usually go for other Koreans, Puerto Ricans typically will marry other Puerto Ricans all things being equal. There is actually a lot of benefit to that even in a country like this one; those intra-ethnic ties build very strong communities and as a result there are traditions and values which can be upheld. The black community is no different.

Of course, we can question whether that’s what Chambers’ opinions are motivated by, since he thinks America was “literally” built on the backs of black people and a white woman won’t ever understand that. He maybe shouldn’t have given away the game so early in the discussion. 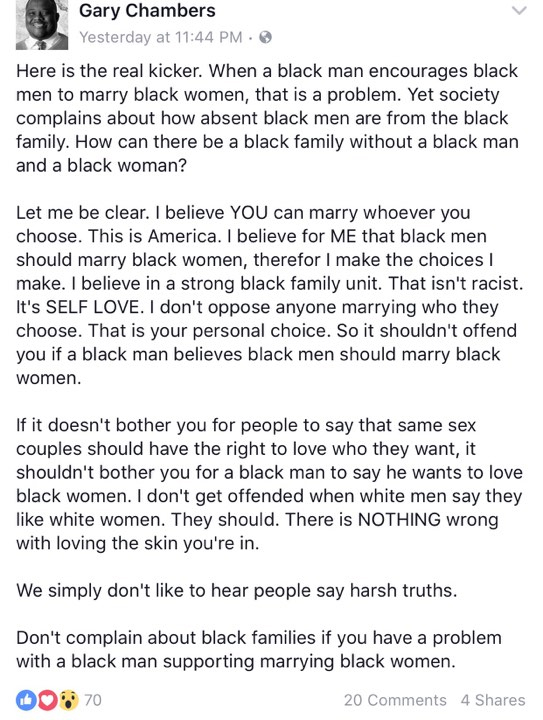 At least he allowed that white folks can have the same opinion he has. Thank God for small favors, right?

Then came a discussion… 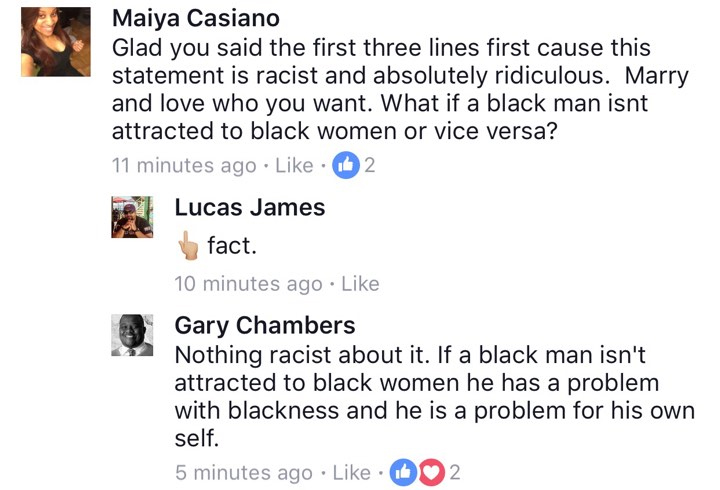 A “problem with blackness?” That’s a bit of a broad statement, no? Was Joe DiMaggio insufficiently Italian when he married Marilyn Monroe?

This part we probably agree most with. Sort of… 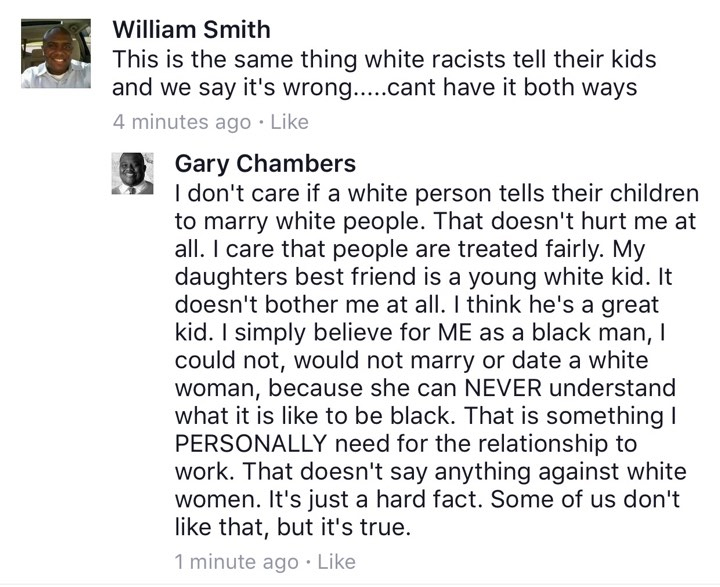 We do like the pushback against this narrative which says you’re racist if you’re primarily attracted to people of a similar ethnic background. That’s a crock. As birds of a feather flock together, so do people, and there is nothing wrong with a tendency toward familiarity – particularly where it comes to choosing who to spend the rest of your life with. Where that goes wrong is when someone is ostracized or treated poorly for having made a different choice, and hopefully we’re past hostility toward interracial couples even if most of us wouldn’t quite be comfortable outside our own ethnic groups.

That part, about denying the preference for one’s own race in a spouse as an example of racism, we’ll back Chambers on. Particularly when he advocates that white folks are allowed the same preference.

Of course, he ruins the whole bit when he starts in with how a white woman can NEVER understand what it’s like to be black. This is of a piece with Critical Race Theory, which is a bit of cultural Marxism holding that all white people are racist whether they know it or not because they’ve grown up in a racist/white supremacist system and therefore can’t see past their white privilege – and because of that, no white woman could make Gary Chambers a good wife.

Whether Chambers even knows what Critical Race Theory is or has any understanding of its genesis – it was originally cooked up by a bunch of white guys from the Frankfurt School and then propounded by a Soviet propaganda campaign during the Cold War – is a question.

This whole thing would have been a lot easier if Chambers had just said he’d like to see black men and black women get together and marry each other to make for strong black families and a stronger black community. We should all support that, even if not to the exclusion of exceptions.

But Gary Chambers isn’t a guy who can say much of anything without making a jackass of himself, so we won’t be able to praise him here.