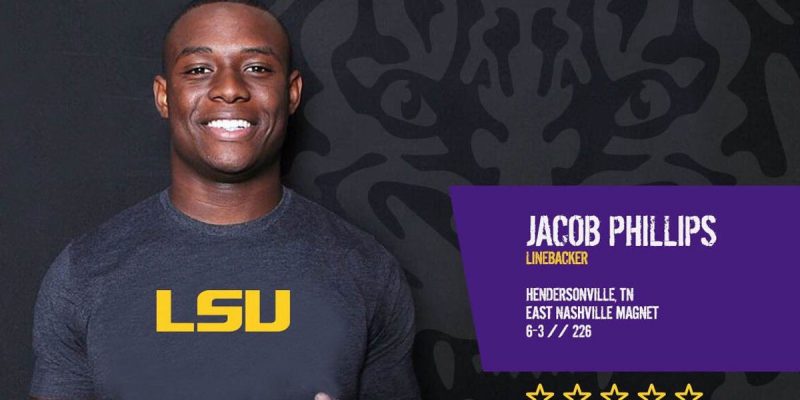 BATON ROUGE, LA (WAFB) – Baton Rouge police declined to pursue sexual assault charges against an LSU football player because the woman who made the claim was found to be not credible, a source close to the case told the WAFB 9NEWS Investigators.

A national website reported Monday morning that an LSU football player was being investigated for rape, but did not include the fact that the woman’s story was not believed by police. Other media outlets then picked up that same report.

WAFB is not naming the football player. No charges were filed in the case, which was investigated early last month.

So you have a dropped investigation based on an accusation the police deemed not credible, and the accuser anonymously went to TMZ and shopped the story in order to smear the accused, and they jumped on it to get clicks.

That’s where we are.

Are we the only ones noticing the trend where these things are concerned? It used to be that you’d see reporting when someone was CHARGED with a crime and not before, but now it’s an “investigation,” which can very easily be closed, which is deemed newsworthy. Phillips, who by all of the indications we received when he was being recruited was a good kid from a good family, isn’t even the first LSU athlete caught up in one of these cases. A basketball player transferring to LSU from Oregon named Kavell Bigby-Williams was hit with one of them earlier this month when the campus newspaper in Eugene published an “expose'” about how he’d been “investigated” nine months ago over an incident that occurred last September in which no charges were filed.

These athletes are public figures, so there is some news value in police blotter material surrounding them, but the traditional definition of newsworthiness involves CHARGES, not an investigation.

This isn’t a good direction we’re moving in. TMZ, and maybe the accuser in this case who fed it to them, might well find themselves hit with a lawsuit.

ORIGINAL: One of the prized recruits from LSU’s 2017 football signing class is linebacker Jacob Phillips. The 6-4, 225-pound linebacker is expected to make an immediate impact on LSU’s depth chart and quite possibly fight for a starting job in fall camp beginning in August.

But if true, a report by TMZ.com would put that bright future in jeopardy…

LSU linebacker Jacob Phillips is being investigated for rape — after a female LSU student athlete filed a report with police … TMZ Sports has learned.

Phillips has not been arrested or charged with a crime — but we’ve confirmed the Baton Rouge PD is actively working on the case. We’re told he strongly denies any wrongdoing.

Here’s what we know … cops were called to a Baton Rouge hospital on June 11 to respond to a woman who claims she was sexually assaulted by Phillips early that morning.

18-year-old Phillips was a prized recruit for LSU — he was ranked as one of the top high school linebackers in the country.

Sources with direct knowledge of the case tell us … the accuser claims she had a previous romantic relationship with Phillips but had cut things off before the alleged incident.

The accuser told police she very clearly turned down Phillips’ sexual advancements on June 11 — but he kept going. We’re told the woman insists she repeatedly told Phillips to leave but he refused.

The woman went to the hospital a few hours later where a rape kit was administered and police took photos of bruises she claims she sustained in the alleged rape.

Cops are actively investigating. Sources connected to Phillips tell us he insists he did NOT rape the accuser.

We reached out to LSU — but a rep for the school had no comment.

So that would sound like a fresh example of the campus sexual assault cases which have become all too commonplace, particularly given the dominant hookup culture pervading the college scene – most of them are he-said, she-said type cases where it’s difficult to nail down what the truth is beyond a reasonable doubt.

But then there is this…

Spokesman for the Baton Rouge Police Department says the unit is not investigating this rape case.

This is a pretty good summation of what we have…

So what does that mean?

1. There is no case and TMZ is making this up?
2. Something happened and BRPD is clamming up until more info?

3. Something happened but the BRPD had ended its investigation/found not enough.
4. All of the above.
5. None of the above.
6. Shruggie

Obviously if you’re an LSU fan you really want all this not to be true and to go away. If it is true there should be consequences. By all indications when he was being recruited, Phillips impressed LSU’s coaches and the reporters covering his recruitment as a fine young man with a good family. This case, if true, would be a great disappointment and a stunning fall from grace.

One way or another, this is a cautionary tale for young adults going off to college – be careful how you choose to satisfy your appetites. Your parents aren’t readily available to shield you from the consequences of bad decisions you make and even if you’re a celebrated athlete you are not immune.

Interested in more news from Louisiana? We've got you covered! See More Louisiana News
Previous Article I-10 Is Shut Down Once Again Due To A Shooting
Next Article Formerly Cancelled, The Bayou St. John 4th Of July Parade Will Now Serve As An Anti-Trump Protest