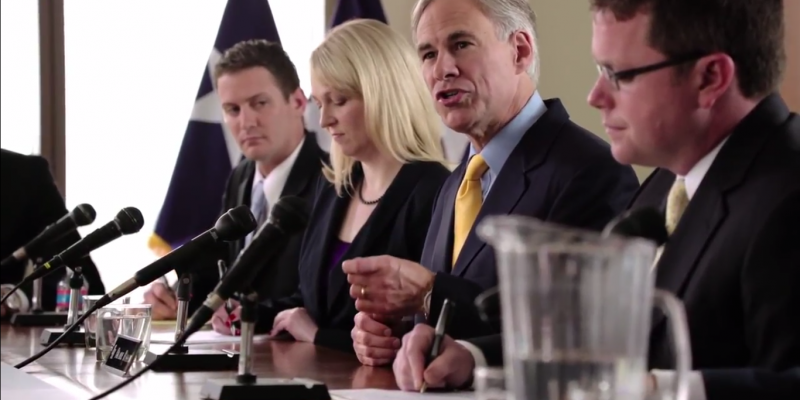 Texas House committees scheduled hearings this week to hear legislation relating to the special session call, but some bills that have been filed to address items on the call are struggling to get a hearing.

Rep. Tony Tinderholt took to the floor Tuesday to inquire of the Speaker about moving legislation to end payroll deductions for government union dues, an item on Governor Abbott’s special session call. Tinderholt noted with frustration that the same bill was stalled in the regular session in the State Affairs committee and that he was hoping to have the bill reassigned to another committee so that it could be brought to the floor for a vote.

Speaker Straus responded that the bill had been filed with the correct committee, but Tinderholt asked that it be moved to the committee on Government Transparency and Operation. Stating that legislation that was not on the call had already received a hearing in the committee, but not HB 156 which was on the call, Tinderholt argued that “the rules allow us to offer a motion to re-refer or re-commit that bill. I’m asking you will you recognize me today to re-refer or re-commit that bill, sir?”

A look at other committees’ meeting agendas shows that State Affairs is not alone in hearing non-call legislation. For instance, the items on the Committee on Environmental Regulation meeting agenda were:

We attempted to contact Chairman Pickett’s office to ask about the items on the committee’s agenda in relation to the special session call, and whether the chair would be pushing to see them added. Pickett’s office hung up on multiple inquiries about the matter, but when asked in person about his committee hearing by an activist visiting his office, Pickett himself stated: “There’s about two hundred bills that are being filed that are not on the call, but we’re all getting our punches in.” When asked whether the bills should all get a hearing, Pickett spoke only for his committee when he replied: “I’m going to hear any that are referred to me. So we’ve only had three referred, and we’ve heard three.”

Meanwhile, the Natural Resources committee agenda states that they are hearing eight bills, none of which appear to be on the call, or relate to any items currently on the call.

With a limited amount of time to address the twenty issues already making up the call, committee chairs in Austin seem to be on track to address very few of the items on Abbott’s list. By scheduling hearings on bills they cannot actually address, and refusing to set hearings on bills that are germane to the call of the special session, House leadership is broadcasting a desire to wait out the governor and the authors of the bills, and bet on Abbott refusing to call them back a second time.