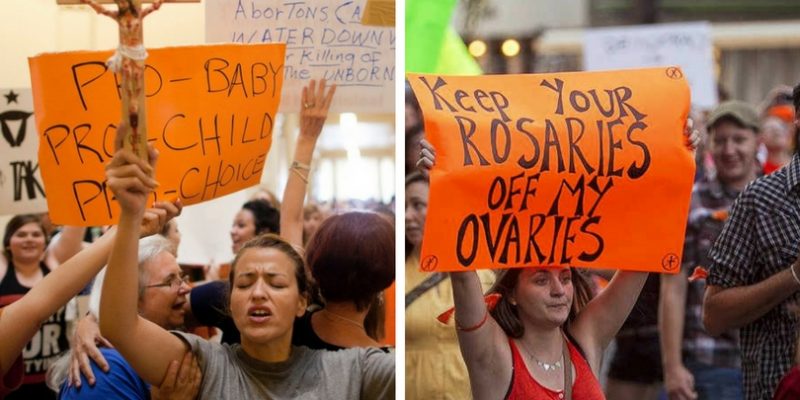 When Governor Greg Abbott called the special session for the Texas legislature he laid out four pro-life concerns out of 20 agenda items. Below are those four items, including a little history and explanation. These priorities have already been voted out of the Texas Senate and await their fate in the House. This article will focus on Senate versions of the agenda items.

Many argue that funds given to abortion facilities are not allowed to be used for abortion in Texas. That is technically correct, but money is fungible. When you give an organization money for one item, it frees up money to be used elsewhere. In 2011, Texas removed state funding from abortion facilities like Planned Parenthood and created the Healthy Texas Women Program. However, there are still a lot of small streams of Texas money flowing to the country’s largest abortion facilitator.

The goal of this agenda item is to stop the flow of money from cities and counties into abortion facilitator’s pockets.

According to the bill analysis for Senator Charles Schwertner’s SB 4 has the following provisions:

Rep. Drew Springer has filed companion bills in the House with bills HB 14 and HB 163.

Pro-Life Insurance Reform would remove coverage of elective abortion from private insurance and state exchanges including plans subsidized by the Affordable Care Act.

This reform has passed the Senate the previous two sessions but been killed in the House State Affairs committee by Chairman Byron Cook. It is unclear why the bill goes to State Affairs instead of the insurance committee other than to be one more slaughtered pro-life bill to hang upon Cook’s mantle.

Twenty-five states have already banned elective abortion insurance coverage under health exchange marketplaces and 21 have banned it from private and government employees.

This agenda item is about reporting requirements for the incidences of complications from abortions.

This is one of the few pro-life bills to make it out of the House in the regular session, but after it was amended in the Senate and returned to the House it was killed after they refused to accept the strengthening Senate amendments. Sadly, when it comes to the Texas House, the good guys rarely win. Unless of course, the Governor wishes it to be so.

Representative Giovani Capriglione is getting another chance at it with HB 13, and this time he has a companion bill from Senator Donna Campbell under SB 10.

This bill has already made it through the clutches of Representative Byron Cook’s committee and was sent to Calendars. The bill’s intent is simply to gather better data on complications due to abortions. Essentially, the legislation would close certain loopholes for hospitals and emergency rooms. It is unclear as to why Democrats are so set on keeping the dangers of abortion a secret.

Our final pro-life agenda item is about the end of life. Texas Right to Life deserves enormous credit for bringing attention to this issue and fighting for real change for patients. This legislation is about making sure consent is given before a do-not-resuscitate (DNR) order is placed in a patients file, or life sustaining care is removed.

Many Texans would be shocked to know that doctors in the state can actually place a DNR in a patients file and remove life sustaining care as long as a committee of administrators approves it, and a 10-day notice is given. Consent from the patient or a surrogate is not required to do so.

In the regular session, the bill was delayed for months before Byron Cook’s State Affairs committee finally heard and passed it. Then, the Calendars committee continued the game of offering false hope by placing it extremely late in the final days of Regular Session. This bill was an attempt to keep conservatives in line as they held their breath, praying it would somehow come up in the final moments. However, conservatives in the House decided to stop playing their game and commenced with what would be known as the Mother’s Day Massacre. That act helped lead to this Special Session, where bills and patients may finally be saved.

Gov. Abbott ignored the do-not-resuscitate order placed on these pro-life priorities; but the question remains, can they survive in the House of Straus?