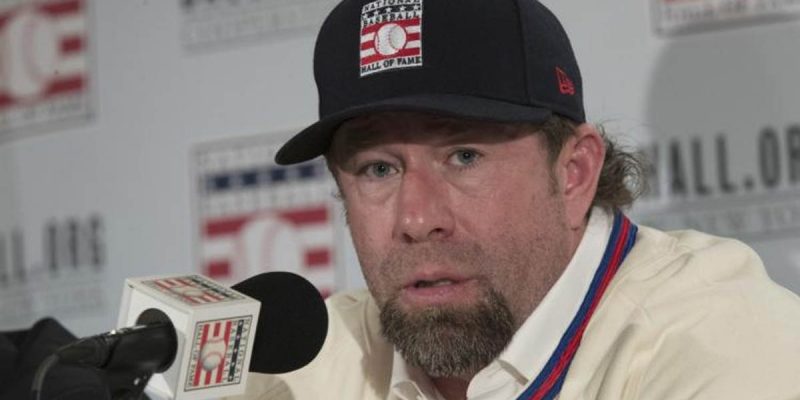 The Boston Red Sox own the distinction of having executed the most infamous trade in not just baseball but sports history when they sent George Herman “Babe” Ruth to the New York Yankees for significant financial considerations.

The transaction scarred the psyche of Red Sox fans, giving birth to a superstition that the franchise had cast a curse upon itself for moving the Bambino to New York City.

While the deal that led to Jeff Bagwell getting moved from the BoSox to the Astros isn’t on the same level as the massive Ruth deal, the inequality of the swap is on scale.

It was apparent even to a 16 year old.

In the era before 24-7 sports news and smart phones, the best source for sports news was USA Today.

The newspaper not the website, which did not exist in 1990.

Every morning before school, I would make my way up to the library to scan the USA Today sports section for the baseball scores, as the national publication went to press later than the Times Picayune, which typically had incomplete results from the previous day’s games.

Just as my junior year in high school was underway, my eye caught a blurb in the “McPaper” on a trade between the Boston Red Sox and the Houston Astros- the latter had moved middle reliever Larry Anderson to Fenway for a minor league third baseman named Jeff Bagwell.

I was a big Anderson fan, who was talented at bridging the gap between the starting pitcher and the primary reliever.  Anderson was, or rather is, quite a character known for his humor.  In fact Anderson has parlayed his wit into a color commentating position with the Philadelphia Phillies.

I was a bit disappointed that the Astros had dealt away one of my favorite players but Bagwell’s minor league stats looked really good.  One of the faculty members of my high school was also an Astros fan and I remember walking over to him saying this was going to end up being a great thing for the Astros.

A more learned student of the game Peter Gammons would have the same view, though from the northeast side, and was infuriated by the transaction.

The justification for Boston was that 1) they needed to bolster their bullpen as they were making plans for the post-season and 2) the corner of the diamond that Bagwell played was occupied by one Wade Boggs, who was seated on the dais where Bagwell delivered his induction remarks.

Boston did win the American League East and went on to play the Oakland Athletics in ALCS where the Curse of the Bambino gained an extra chapter after the Red Sox got swept.

As for Bagwell’s position, that was also an issue in Houston as Ken Caminiti played that spot, though he had not established himself yet as a star player.  No problem.  The Astros had also unloaded their first baseman and the franchise’s all-time leading home run hitter Glenn Davis to the Baltimore Orioles in the off-season for three players, one of whom was a pitcher named Curt Schilling.

Seriously, Houston’ GM Bill Wood should have been convicted for theft that year.

And so the 6 foot tall Bagwell, who played shortstop and third base, became an undersized first baseman who would go on to earn a prestigious accolade as a fielder, winning the Gold Glove Award in 1994.

But it was in the batter’s box where Bagwell achieved greatness, collecting 2,314 career hits, slamming 449 career home runs, and amassing 1,529 runs batted in.

Yet in his induction speech Bagwell said he was most proud of a different stat: 202 stolen bases.

Though ranked 343rd in all-time steals, Bagwell had to hustle harder in that category because he was not particularly fast and it demonstrated what he was willing to do to help his team win.  Bagwell did finish his career with one more stolen base than George Brett.

Like his teammate and longtime friend Craig Biggio, Bagwell had to wait a while before joining baseball’s greats in Cooperstown. Perhaps longer than necessary when considering nobody had been voted in by the sportswriters in 2013, which was Biggio’s first year of eligibility and Bagwell’s third.

Biggio would get in two years later while Bagwell didn’t score enough support until his seventh year.

Yet the two Astros, whose numbers hang above the scoreboard in Minute Maid Park and who are represented in bronze outside of the stadium are now once again united in the Hall of Fame., thus far the only two to enter with the Houston star logo on their plaques (Nolan Ryan went in as a Texas Ranger).