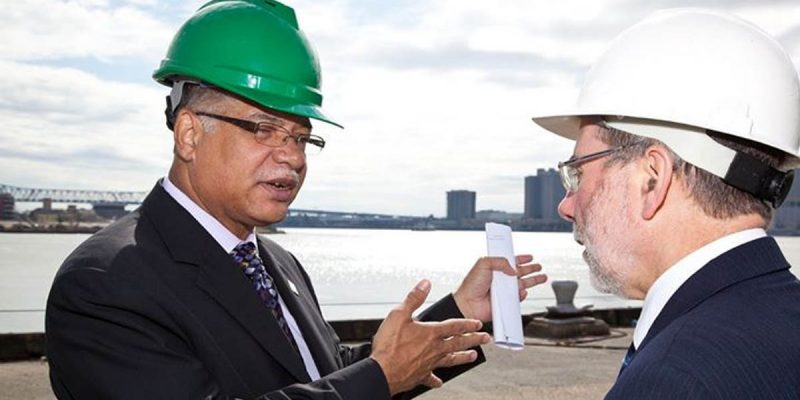 Was Grant forced out? Is a bear Catholic?

The executive director of the Sewerage and Water Board has announced his retirement after admitting that some pumps were not operational when parts of the city were flooded Saturday afternoon (Aug. 5) following a torrential rainstorm.

Grant’s statement came moments before a City Council hearing when he and other city officials were expected to field questions on their response to the flooding. It contradicts comments he has made in the interim, saying that the pumping system was in full working order.

As was reported, on Saturday August 5, 2017, an afternoon rainstorm began at approximately 2:00 PM and over the course of four hours dropped up to 9.5 inches of rain in some parts of the New Orleans. The volume and speed of rainfall far exceeded the capacity system used to remove stormwater. Localized flooding continued until all of the stormwater was pumped out of the Sewerage and Water Board by the next morning. On Sunday, Mayor Landrieu ordered an after action analysis of the flooding that took place due to the many questions that were raised. And the Council set the public hearing for today.

It is indisputable that Mother Nature overwhelmed parts of our system with up to 9.5 inches of rain over 3-4 hours, causing major street flooding and loss of property for many citizens. These sudden deluges of rain have happened over the years and caused similar flooding, notably in May 1978 and May 1995. Independent meteorologists, experts at the National Weather Service and the U. S. Army Corps of Engineers have all confirmed that areas flooded because of the amount of rain that fell and stayed over sections of the city for several hours.

Though the Sewerage and Water Board’s after action analysis is not complete and the Mayor has called for an independent, third party to do an assessment, the information I have learned over the last 24 hours indicate that some parts of our system did not operate as they should have, which is disappointing because it contradicts information that I was given to provide to the public. Our staff was not forthright, which is unacceptable.

While not the primary cause of flooding, we now know that some pumps were not operational during the weather event and that there were some power generation issues that impacted our ability to fight the flood at its highest capacity. And while maintenance and repairs of the power plant and individual pumping stations is expected and routine, it was inaccurate to suggest the system was operating at its maximum capabilities.

I came to the SWB in August of 2014 to turn it around. For over 40 years in my career, I have prided myself on being a competent manager and turning around organizations. And while we have made a huge amount of progress upgrading our physical infrastructure and transforming our internal systems, much more needs to be done to bring it to the 21st century. It was clear then and is clear now that there is a lack of confidence from the public in the system’s abilities. We cannot have that lack of confidence, which is why we are not only fixing the system every day, we are working overhaul the internal workings of the organization.

Rather than be a distraction to the hard work of fixing the system, earlier today, I notified the Mayor of my retirement later this fall. It is also clear to me that there are additional personnel actions that are needed to restore confidence in this organization. I look forward to helping our Mayor, this Council and the Board identify what specifically needs to be done to rebuild this organization and our critical infrastructure.

Grant’s rather infamous press conference on Saturday night in which he blamed the flooding that day on “climate change” while Jefferson Parish next door seemed to handle the same amount of water with only minor damage was probably the last straw – particularly when it turned out that seven of the city’s pumps weren’t working and several others fairly obviously weren’t turned on in time to handle the water from the rainstorm which hit the city.

It’s one thing to prattle on about climate change if you’re a random left-wing politician. It’s another when you’re being paid a professional-grade salary to handle the effects of the climate on a major city. If it’s actually true that global warming means New Orleans is going to get more rainfall (so far there is no evidence that’s actually true, as the city averages about 63 inches of rain per year and last year it only took 55.8 inches, though with 40 inches so far this year it looks like this might be a little wetter year than average), then that means the Sewerage & Water Board had really better earn its money. Not having the pumps working is even more unacceptable.

One sympathizes with Grant to an extent, as S&WB was a wasteful joke before he took it over and while he’s obviously not fixed the problems it’s quite possible they’re intractable no matter how good he might be – and so long as Mitch Landrieu holds sway over that agency there is no real prospect of it being run as anything other than a honey pot for connected nephews and brothers-in-law with an occasional nod toward its core mission.

In a city like Phoenix, where it never rains, that might be good enough. In New Orleans it obviously isn’t. And when there’s a reasonable degree of competence in Jefferson Parish next door to measure S&WB against, making excuses about global warming simply won’t wash, even in the Landrieu administration. We wish Mr. Grant a happy retirement.

Interested in more news from Louisiana? We've got you covered! See More Louisiana News
Previous Article There’s Something For Everyone In The Cleve Dunn-Trudy White-RHI Lawsuit
Next Article Broome Blames Holden For BRAVE Mess; Holden Responds By Calling Feds In