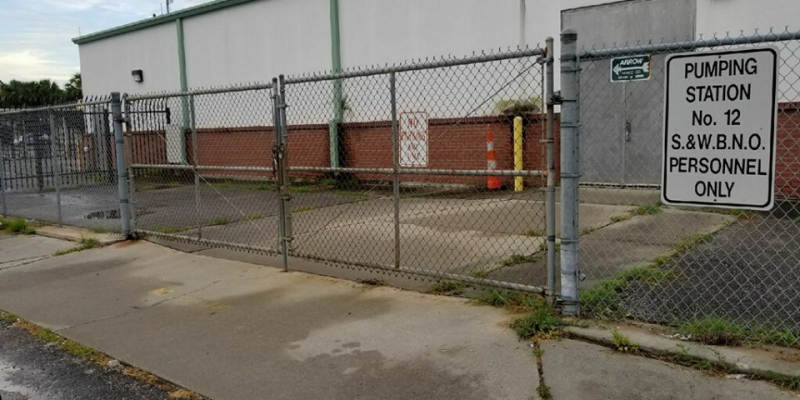 The rains were blamed on “climate change” by Sewerage and Water Board Executive Director Cedric Grant. Mayor Mitch Landrieu was out of town.

The Grant press conference was full of excuse making and passing the buck. Virtually the entire city was flooded. Here’s some videos of the French Quarter underwater, which almost never happens.

Why did the city flood? It could be that the pumps were not running. Here’s a picture of a New Orleans pumping station, locked up and not running. 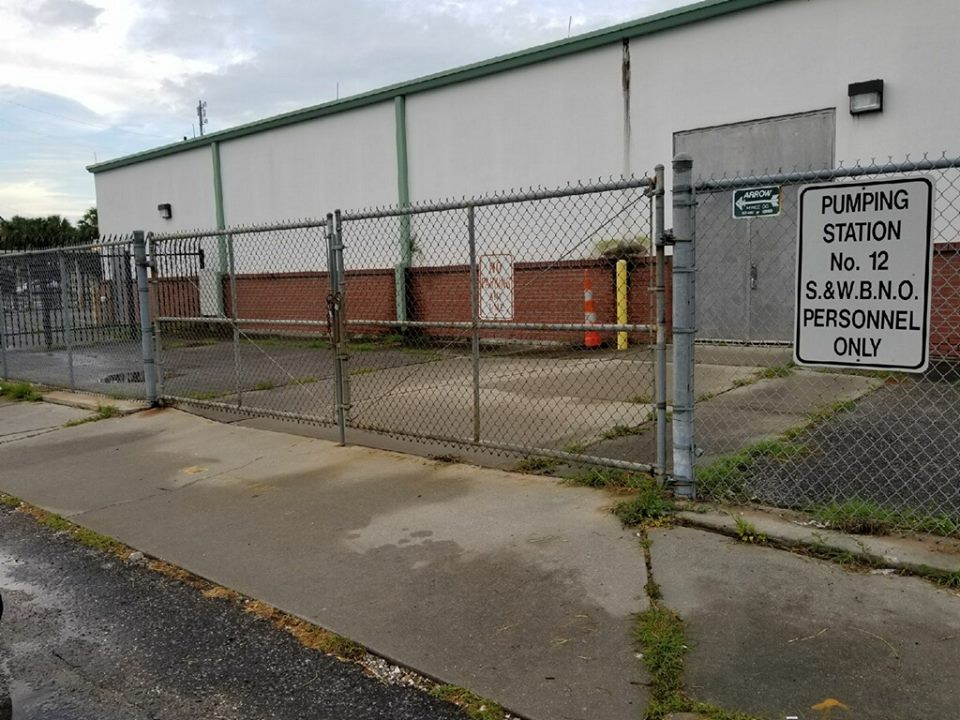 Meanwhile, this video was shot in Lakeview and it showed that pumps by the 17th Street Canal were not running, despite the fact Lakeview had standing water.

6:48 this evening. SWB insists all pumps were running.

Here’s what Jefferson Parish posted on their Facebook page about the storm. 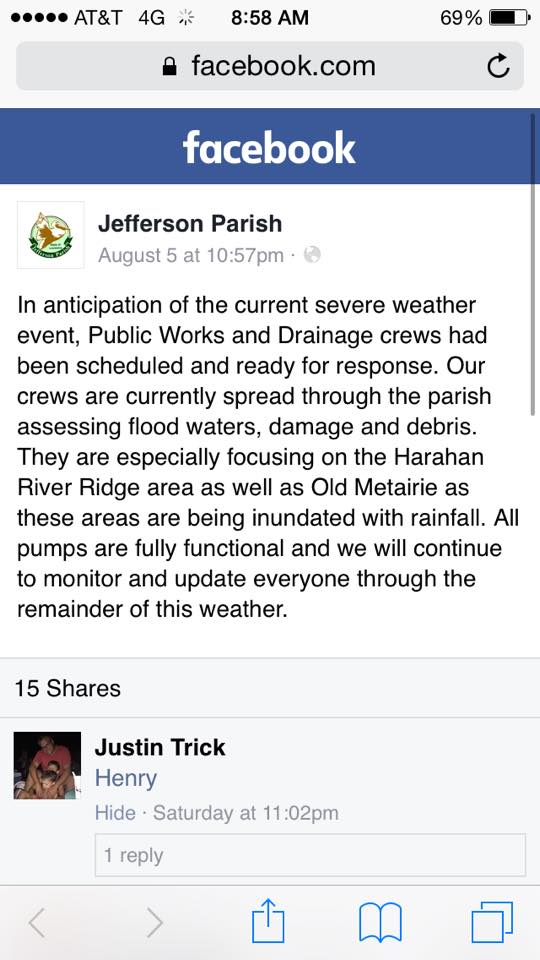 Jefferson Parish has as many residents, if not more than Orleans Parish. But the schools are better, crime is not as much of a problem, and the parish seems to have discovered how not to flood in a rainstorm. Oh and Jefferson Parish is as much below sea level as New Orleans.

The difference is clear, Jefferson Parish focused on keeping houses and streets dry while New Orleans pointed fingers and made excuses.