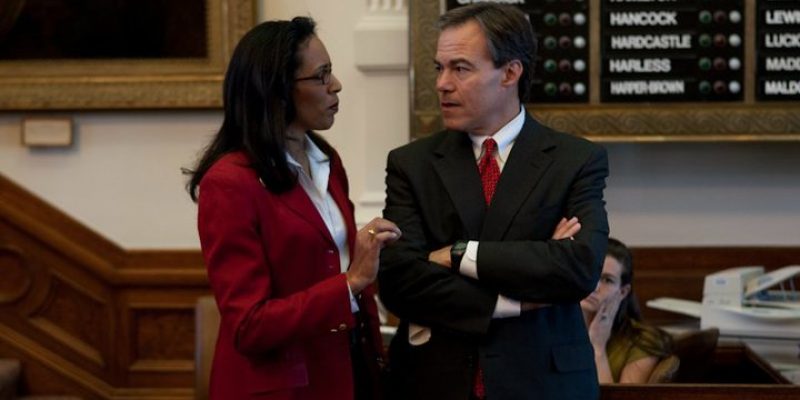 The representative had been offered to drop charges she has been indicted on in exchange for her resignation.

Rep. Dukes had been given until 5 P.M Tuesday to accept the deal, but DA Margaret Moore says her office had not received notification of acceptance.

The trial has been delayed due to “legislative continuance” which keeps any elected legislator from being kept from their duties while the Texas legislature is in session. Rep. Dukes was supposed to be sworn in and resign in January under a deal, but went back on that deal and served the session even though she missed over 50% of the votes due to non-court related issues.

A grand jury indicted Dukes on over a dozen felony charges just before the legislative session was set to begin.  She is charged with two misdemeanors for abuse of her office and 13 felony counts of tampering with public records.

Along with her resignation, the plea deal requires:

Rep. Dukes has served 12 terms in office equally more than 20 years. She won her Under Texas law if convicted of all charges she could face more years in prison than she has in office, though it is unlikely she would receive maximum sentencing.

On an interesting side note, according to my understanding of the law, in Texas you are eligible to vote and run for office as long as you have not used your final appeal. For instance, death row inmates never face a real final appeal so they can always be registered to vote. So it is possible that Rep. Dukes could run for re-election and if elected would have to be released to attend the session and return to prison at night as long as she has not completed her final appeal. Even though she won 70% of the general election vote last November after charges were brought, it would make it a little tough to campaign though.

The trial is set to begin on October 16th.

Interested in more news from Texas? We've got you covered! See More Texas News
Previous Article Looks Like The BRAVE Looting Mess Has Melted Down The Mayor’s Office…
Next Article MIRE: Government-Owned Internet Networks Are Bad Deals for Taxpayers