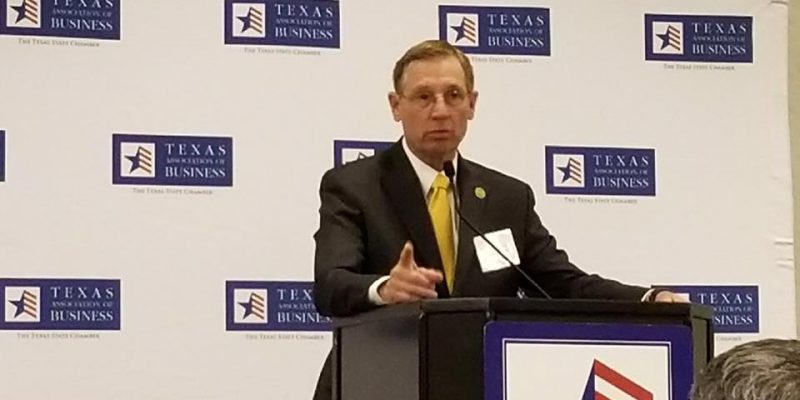 After stonewalling for 18 days Texas State Representative Byron Cook, chairman of the Texas House State Affairs committee, has finally moved on HB 14, a bill that will prevent municipal and county funds from going to abortion facilities like Planned Parenthood.

The bill, filed by Rep. Drew Springer was filed on July 20th of the special session, was passed out of committee on July 27th. At 7:42 PM on August 13th, Chairman Byron Cook finally distributed the bill out of committee so it can be considered in the Calendars committee.

Last week, Jonathan Stickland took to the back mic on the House floor to question Chairman Byron Cook on the bill. Since he would not come to the floor Stickland questioned the man who appointed him, Speaker Joe Straus. Speaker Straus was of little help.

It's not Democrats holding up pro-life legislation in the Texas House. It's the Republicans that are stopping their passage… #passthemall #onward

The bill will prevent local governmental entities from entering into a contract with any abortion provider or with an affiliate.

If you are new to following conservative politics in Texas then you should come to realize this is how bills die. Most Texas Republicans know they cannot actually vote against a pro-life bill and win their primary again so they make sure they never have to take that vote. They elect leadership that will take all the blame that lives in a safe more moderate district like Speaker Straus. Then he appoints powerful chairmen several weeks after the regular session begins. They then make sure to hold on to any legislation and pass it late in the session. Then it is held in the Calendar committee for a time and it along with hundred of other bills that conservatives want are placed on the final week’s calendar. Then time just runs out. Then play for pity to their constituents and ask “how can you blame we poor pitiful Republicans who only have near two-thirds majority for trying and running out of time?”

In comparison, this is how fast the Texas House can work when it is really motivated. This is SB 17. It had a companion bill passed out two weeks earlier which generally explains the bypassing of the public hearing, but notice the entire process was done in two days.

The special session will end on Wednesday, August 16th. It is very likely many of Gov. Greg Abbott’s priorities like HB 14 on the call will not be passed.